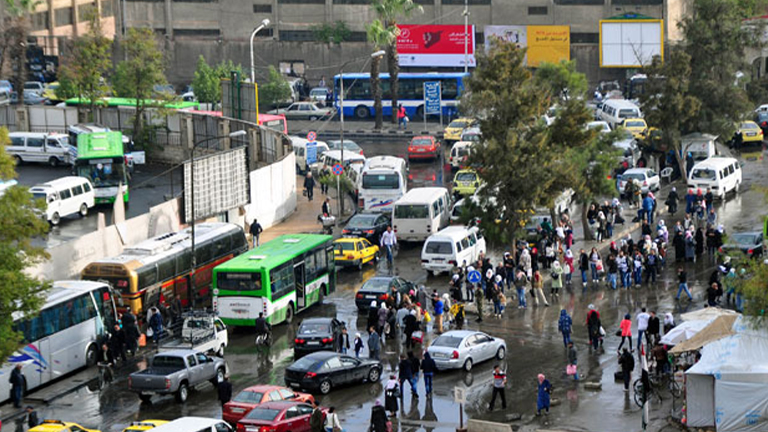 Nayla, 32, stopped childbearing after she gave birth to her second child three years ago, and she decided along with her husband not to talk about the idea until the living crises end, and they become able to support a third child.


Nayla, who is a university graduate working in the private sector in the capital, Damascus, says convincing her husband of the idea was somewhat difficult, especially since she gave birth to two girls without a male child, which causes concern for her and her husband by his family, which does not stop interfering and insisting that they should have a male child.

Nayla was completely decisive in this matter and she told her husband that giving birth to a third child will lead to leaving her work, and thus the family will lose the financial return from her monthly salary, in addition to adding new financial burdens, which reluctantly prompted him to agree.

Likewise, Samir, 44, refuses that his wife gives birth to a new child after his first one, who is less than 11 years old today. He confirms that he and his wife agreed from the beginning to have a child and then wait until they can fully secure their future, however, the living crises were not included in their plans at the time, so they decided not to have a new baby.

"It is a failed government, which failed to secure heating fuel, and was unable to end the recurrent infant formula crisis every year. Our whole life is mere humiliation, so how can I involve a new spirit in this life?" said Samir, who lives in the Tartous governorate.

Samir does not hide his desire for another child; today, he is trying to immigrate. He confirms that in case he succeeds in leaving Syria, he will certainly not prohibit his wife to give birth to a new child.

The child is born, but "they steal his sustenance"

Elham, who is the mother of a single girl less than a year and a half old, says that she does not think at all of the childbearing again since the expenses of the little girl "exhausted us" as she put it. She says: "If she had a common cold, we have to pay 15,000 pounds for doctor's examinations, and not less than 20,000 pounds for medicines, not to mention the food requirements that you need during her growth period, bearing in mind that a kilo of milk, which it reached 3,000 pounds, is not enough for more than a day and a half, also not to mention the clothes that we started to take from the clothes of the children of our relatives who no longer use them."

"There is no future here," says Elham, who does not stop thinking about the needs of her daughter, and how to secure them, while her salary, along with her husband's, does not exceed 225,000 pounds per month (less than $50).

The decrease in the birth rate

The Central Bureau of Statistics confirmed that the number of births registered during the year 2020 reached 334,549, based on the data from the civil status records.

In the latest statistics about the number of births in Syria that was revealed by the Dean of the Faculty of Medicine at the University of Damascus, Salah Al-Sheikha in 2015 to the local Al-Watan newspaper, he said that the number of births in Syria decreased from 500,000 births annually before the war, to nearly 200,000 children annually during the year 2015, noting that Syria, before the war, was considered one of the countries that have a high fertility rate.

The cost of living of the infant

In a statement issued by the United Nations Children's Fund (UNICEF), on May 7, the UNICEF Regional Director for the Middle East and North Africa, Adele Khodr, said that millions of Syrian children are living in fear, need and uncertainty, whether inside Syria or in the neighbouring countries.

Many Syrian families have been forced by the deteriorating economic conditions to decide to limit their childbearing because they are unable to secure the needs of one or two children.

Nada, who is a government employee, tried her best, along with her husband to secure the needs of their little who is more than five-month-old. Every week he needs diapers with a total price of 43,500 pounds. Nada confirms that these diapers are of the lowest quality, but it is also the lowest in price, in addition to three boxes of infant formula, the price of each box is 19,000 Syrian pounds, and it is very difficult for them to secure it due to the current milk crisis. This means her child needs only 100,500 Syrian pounds per week for diapers and milk.

Nada wishes that she could feed her child nutritious meals, but she cannot even add fruits daily to her food. Then how does she get 400,000 pounds per month for diapers and milk, while her salary does not exceed 100,000 pounds?

The Coordinator of the Nutrition Program of the Ministry of Health in As Suwayda, Hanan Jamoul, said that Syria has entered into a nutrition crisis of another type, which is chronic malnutrition. It is caused by the lack of important nutrients such as iodine, lime and vitamin D, which can be obtained in foods that most families cannot secure for their children such as eggs, fruits and meat of both kinds, in addition to dairy products.

According to Jamoul, the percentage of anaemia cases in children is 20 per cent, while malnutrition cases among pregnant women reached 22 per cent, warning of the emergence of generations with weak and dwarfed bodies due to the poor living situation.

The pharmacist affirmed that there is still high demand for contraceptive pills, despite the recent increase in the demand for condoms more than ever before, noting that the price of a pack of contraceptive pills is 3500 pounds, which is sufficient for one month, while the price of the same foreign type increased to more than 20 thousand pounds, and it is more desirable than the locally produced type.

The former director of the Central Bureau of Statistics, Shafiq Arbesh, told the local "Sham FM" radio, in the middle of this year, that the poverty rate in the country reached 90 per cent during the years 2020 and 2021, confirming that the (regime government) did not publish the official statistics on this matter.

The United Nations said that the poverty rate in Syria reached more than 90 per cent today, while nearly 12.4 million Syrians suffer from food insecurity with an increase of 4.5 million over the past year 2021.

Based on the United Nations statement read by Adele Khodr, in which she said that "more than 6.5 million children in Syria need assistance, the highest number recorded in more than 11 years," it seems that the reality is going for the worse, due to the economic conditions, which makes the view of those who decided to limit childbearing correct, at least in the current situation.