Syria: A Fatal Blow by Poverty Against Children's Pocket Money 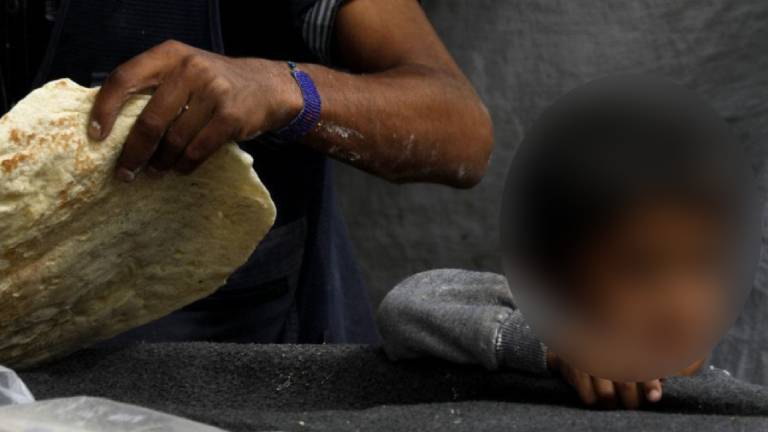 Hussam (8 years old) did not know the pocket money that his friends were talking about, but after he entered school, his eagerness to get a cookie like the rest of the children pushed him to ask his mother why he does not get pocket money as the rest of his friends at school?


Hussam's story is not the only one. According to United Nations reports, more than 90 % of Syrians live below the poverty line.

Hussam's mother, who is in her late thirties, and lives in the countryside of Damascus, is confused about this question where she does not have a definitive answer to reply to her young child and only tells him that she will give him his pocket money when family's situation improves.

After the death of her husband, the mother became the sole breadwinner for a family consisting of four young children. Due to her need, she does not hesitate to work in different professions such as a street seller, in homes during cleaning periods, and taking care of the cleanliness of some buildings and washing their stairs.

The woman, who asked not to be named, says that the concern about pocket money doubled her concerns. "My eldest son left school to help me support the family, and we work hard to secure his brothers' needs," she added.

Hussam's mother only makes olive oil and thyme or oil and salt sandwiches for her children when they go to school, or some yoghurt or cheese, which she can get from the homes where she works, to be food for her young children in their schools.

Many Syrians modified their purchasing method as a result of the high prices and inflation that affected the currency in Syria.

The Employees Are Not Better

The situation of the male and female employees does not seem better. Although Bahaa (34 years old) is employed with her husband but giving daily pocket money to her two children is a figment of the imagination. She says that the price of a good quality biscuit ranging from 800 to 1500 pounds, and even if I am satisfied with the minimum level, I need 32,000 pounds per month, which is about a third of my salary.

Bahaa invented a trick in order not to deprive her two children of the pleasure of tasting sweets at school. So, she buys a box of normal biscuits with a box of Turkish delight and gives each of them two or three pieces a day.

You may be interested: In Syria, ironing and cleaning are professional alternatives for university graduates

Pocket money, which is considered one of the simplest rights for any child in the world, appears to be a secondary issue compared to the problem of securing school lunch boxes for Syrian families, especially after the significant increase in the prices of yoghurt, cheese, liquid chocolate, and even olive oil and thyme.

Somaya (43 years) reached a state of despair while she is searching for inexpensive material for making school sandwiches for her three children. The eldest one is in middle school, and the other two children are in the primary stage, and although in previous years she used to prepare two sandwiches for them, she started to give only one to each of them this year.

Somaya, who lives in Homs countryside, says the price of a box of homemade liquid cheese has reached 7,500 pounds, liquid chocolate 8000 pounds, and yoghurt 6000 pounds. Each of these boxes suffices one child for a maximum period of 7 days, which means that I need two and a half boxes per week, while we only get 95 thousand pounds from my husband's salary due to the monthly instalments.

In a statement on the occasion of the annual conference to announce donor pledges in Brussels last May, the Executive Director of the World Food Program (WFP) described the situation in Syria as worrying, and less than what is happening, pointing out that the painful truth for millions of Syrian families is that they do not know how they will get their next meal?

Obtaining pocket money for school is not the most difficult thing that a young child may face, especially with the increase in class distinctions between students.

"Huge class distinctions among students revealed by the contents of their sandwiches", says Reem (32 years), a school teacher in Tartous.

Some of them eat their sandwich while the bread broke inside since it is of poor quality, and others eat high-quality bread sandwiches with different fillings such as cheese or Mortadella, or even those who bring with them a lunch box filled with fruits and delicious food, according to the teacher.

The teacher regrets that the parents of students refused to respond to her request not to send luxury food with their children when they go to school especially since the majority of other children do not bring with them any fruits, sweets, or even pocket money to buy biscuits.

In December of last year, the (Al-Baath) newspaper revealed a strange incident in a school in Damascus, where a student brought 50,000 pounds with him to school (about $20 at the time), and when he started to buy, the school staff called his father and he replied that he gave his son 50,000 pounds as pocket money. The story ended when they asked his father not to repeat such behaviour, and the newspaper did not reveal the identity of the father or his position.

According to the latest reports issued by the United Nations, about 12 million people in Syria - which means more than half of the population - face acute food insecurity, and 1.9 million people are at risk of reaching the extent of hunger.

The observed data from the UN Committee in 2021 show that one of each eight children in Syria suffers from stunting, likewise, examinations of pregnant and lactating mothers show record levels of severe wasting.

The issue of nutrition in Syria today is considered a serious problem, especially after basic meals became a luxury for millions.

The Syrian families face a deteriorating economic situation, unemployment and lack of job opportunities, and if these opportunities are available, there is a decline in the value of the monthly wages, which are not sufficient to provide the basic needs. They face all of this, and struggle empty-handed for life and its requirements, while other families live a luxurious life, which deepens social fracture and class distinctions.