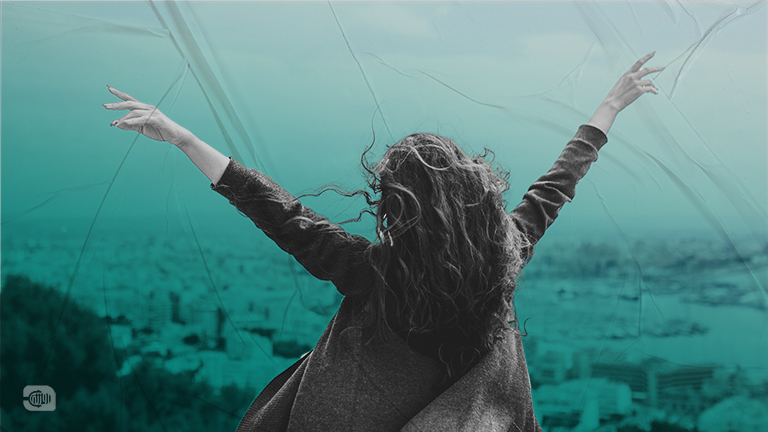 Alone with her two daughters, she struggles to secure living requirements at a time the majority of Syrians live below the poverty line. Haifa, a young woman residing in Aleppo, said to Rozana: “After eleven years, patience and sacrifice are still continuing”.


The situation of most Syrian women has changed to the worse over the past years. They have encountered the challenges of war, they also suffered from many violations of their rights amid a rising status of violence and semi-insecurity. Where Syria comes in low positions in the indicators of safety and security for women.

Nevertheless, the Syrian woman was a role model of sacrifice and struggle in order to obtain a decent life for herself and her surroundings. Over the past years, several examples of women have emerged in various Syrian regions. They managed to make a world of difference and prominent effects in society by proving themselves. 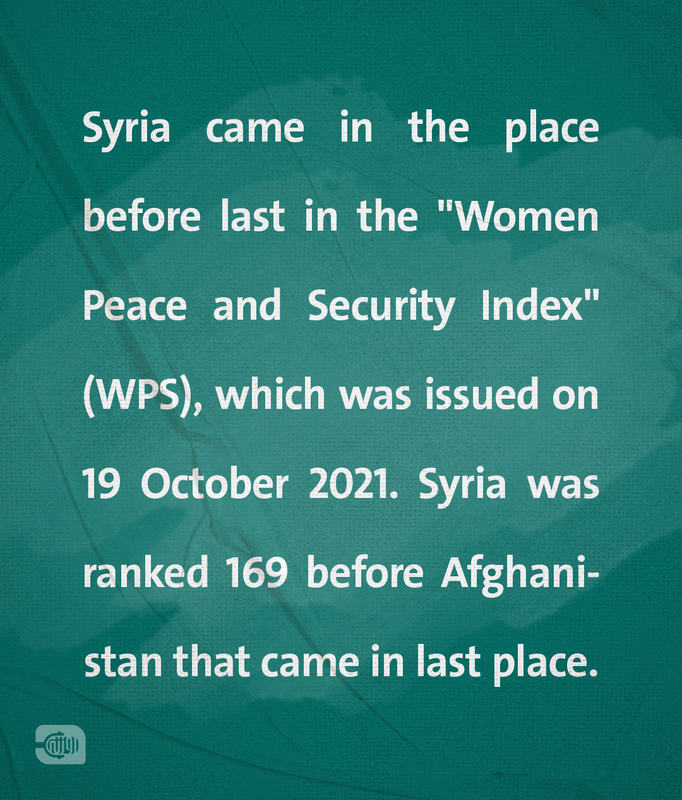 “No electricity, gas or transportation, I work outside and inside the home, with a double responsibility in the absence of the husband.” These details are part of the suffering of Haifa, 35, who is a teacher in the city of Aleppo, and mother of two children.

Two years ago, Haifa’s husband travelled abroad in order to improve their living situation, while she remained the only breadwinner for her family.

Haifa receives a salary that does not exceed 150,000 Syrian pounds (about $39), while the average cost of living for a Syrian family composed of five individuals has reached more than two million Syrian pounds per month, according to a study published on the website of "Qasioun" newspaper.

Last year, she refused to register her five-year-old daughter Lian in a kindergarten to save costs that amounted to 45,000 pounds.

The UN Under-Secretary-General for Humanitarian Affairs, Martin Griffiths, estimated the number of Syrians that are living below the poverty line at more than 90 percent of the total population, during a session of the UN Security Council in October 2021.

No Alternative to Education

During the past years, the education rate has declined in several Syrian regions, either as a result of displacement and forced relocation as a result of military campaigns, or because of poverty and the deteriorating of the living condition, which forced many to withdraw their children from schools, especially girls.

Sahar, 22, who lives in Idlib, is trying to obtain a university degree, despite the circumstances that forced her to work after her father's death.

Sahar, a third-year student at Idlib University, Department of Psychological Counselling, is the only breadwinner for her mother and two brothers. She says to “Rozana”: “I am trying to balance between my work in psychological support in one of the organizations that operates in the region and my study.” She continues saying: “It is very difficult for me, but there is no other solution".

While Joud, a fourth-year student at the Faculty of Agricultural Engineering, was displaced three years ago from her village in the southern countryside of Idlib due to bombing, so she and her family were displaced to the northern countryside. She says to “Rozana”: We were displaced, and we have experienced difficult and severe conditions. Despite all the difficult circumstances I faced, I did not leave my university and I will continue till the end".

In the areas of the Syrian regime, hundreds of male and female students are suffering to continue their studies, especially with the absence of most services such as electricity and transportation.

Zahraa, 17, is a young woman residing in one of the eastern neighbourhoods of Aleppo with her parents and her 11-year-old brother. She repeatedly left her study in previous periods due to military operations and bombing. She obtained the basic education certificate last year with great difficulty.

Today, Zahraa is struggling to continue her education through special courses to obtain the "secondary education" certificate. She says to "Rozana": "I found a good educational institute far from my home, but it is difficult for me to reach it due to the lack of transportation, which prompted me to stop registering in it."

“I am looking for a new educational institute… it is a difficult task… but study is something that cannot be waived,” says Zahraa. 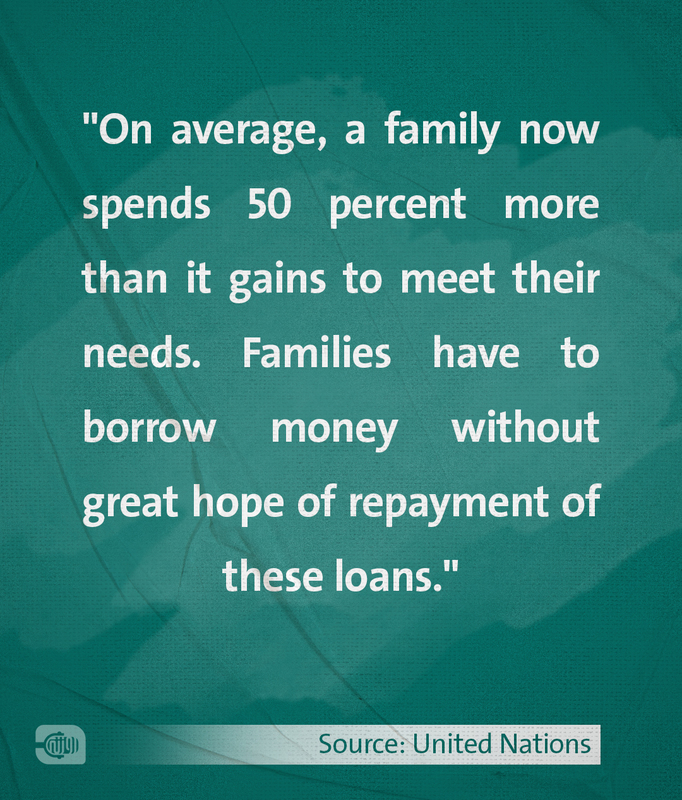 The Assistant Secretary-General for Humanitarian Affairs, Joyce Msuya, said in a report published by the United Nations, that the number of people in need in Syria is now more than any other time since the beginning of the conflict, and the deteriorating living situation is forcing families to make unbearable decisions, where children, especially girls, are withdrawn from schools, and the number of child marriage is rising.

During the years of war, the Syrian woman also worked to support her husband and her family. She also supported her surroundings such as women, children, young men and women.

Among those influential Syrian supportive women was the Arabic language teacher Ahlam Al-Rasheed, 45, who was ranked among the 100 most influential women worldwide, according to a classification published by BBC in 2017. This came according to her ongoing educational career that lasted for more than twenty years, in addition to charitable works that she carries out.

"I worked in tents in summer and winter to support the students in the camps to continue their education. I helped girls complete their education, since the profession of teaching runs in my blood," Ahlam says to "Rozana".

Ahlam did not stop practicing her profession of teaching after her displacement in late 2012 from the town of Hass in the city of Maarat al-Numan to the Qah camp in the town of Atme on the Syrian-Turkish border. She continued to teach students from the preparatory and secondary stage, she was also engaged in transferring some of them from the camp to Idlib city to take examinations that were taking place only in the downtown of Idlib.

Ahlam expanded her scope of activities such as providing psychological support and educational courses. She also opened the Al-Rasheed Center for Training and Educational Development, which graduated thousands of young men and women in different fields. The activities of the center included literacy courses for women, in addition to teaching women manual jobs they work in to meet their needs.

The experience of Mona Abdel Salam differs from Ahlam’s experience. She worked as a teacher for years in the city of Qamishli in north-eastern Syria, while she was interested in civil work in general and the feminist work in particular.

"During my work in school, I repeatedly witnessed cases of violence against women, I heard stories narrated by mothers and grandmothers about oppressed women who were subjected to social violence, injustice and violation of rights. After the year 2011, civil activity has flourished in Syria. So, I established, along with a group of women, an organization to combat violence against women. This was the beginning of the organization of “Sara” after long efforts”. Said Mona to Rozana. 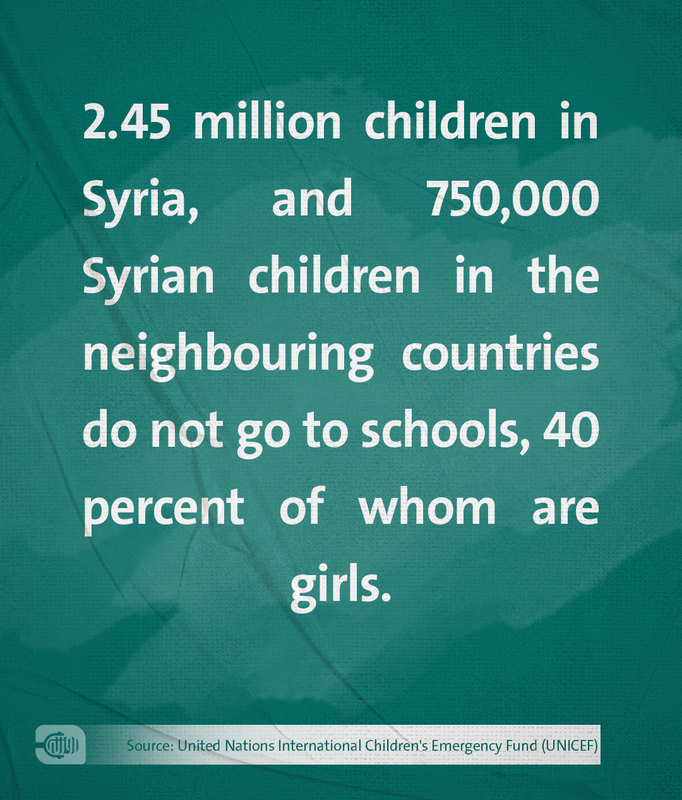 "Sara" organization works to document the cases of violence against women in cooperation with local authorities in the region.

Mona referred to the controlling of the cases of violence against women after 2011, besides the political and social changes in the region after this year, including the laws of the “Autonomous Administration of North and East Syria” and the Women’s Court. According to these laws, women were able to submit a complaint to the concerned authorities against those who practice verbal, moral or physical violence against them.

On the other hand, Syrian women found themselves facing a challenge they were not familiar with during the past years. The bombing of areas outside the regime's territories forced civilians to form "Civil Defense" teams, Where Syrian women joined these teams when needed.

"Every day, I provide assistance to injured civilians, and I know that doing this work will contribute to secure a better life for my daughter and my country," said Fatima, one of the women volunteers in the Civil Defense, according to the "Civil Defense" website.

In late 2012, the Syrian regime started bombing homes and residential neighbourhoods outside its controlled areas, which prompted a group of volunteers to provide an emergency response to help persons trapped under rubble. In October 2014, the Syria Civil Defense Organization (The White Helmets) was established as teams distributed over seven Syrian governorates, including women volunteers.

Since the establishment of the “White Helmets”, more than 221 female volunteers have received training on medical care and simple rescue works.

Volunteer women began in search and rescue. Later, they expanded their work to include trauma response and community awareness campaigns to help families and children to be prepared for attacks and to recover from their effects. In areas where there are not enough medical services, the women volunteers of the White Helmets established medical points to provide first aid and care for pregnant women and women after delivery.

Huda was an employee in the office of the Minister of Industry and her husband was working in Damascus Governorate. In March 2012, her husband was arrested, when their daughter was no more than two years and four months old.

The story did not stop here, as Huda was ordered to go to investigation in April 2015, because her husband mentioned her in his report on the basis that he was obtaining information from her due to her work in the office of a minister.

After 16 days of detention with torture, she was able to get out, she was obliged to spend 6 months in house arrest, after she had paid a large sum of money.

After that, she resorted to her husband's family to help her and her daughter, but she was refused. "We do not want a former detainee in our house." They replied to her. Huda was forced to bear her sadness and disappointments from one place to another with her daughter until she finally returned to Jisr al-Shughur in the Idlib countryside, where she was born.

She tried to find a job, but it was not easy. Where the people were looking at her as if she committed a shame. Considering that female detainees are subjected to rape in prisons, which is a matter that they pay its price even if they are not raped, which Huda confirms. 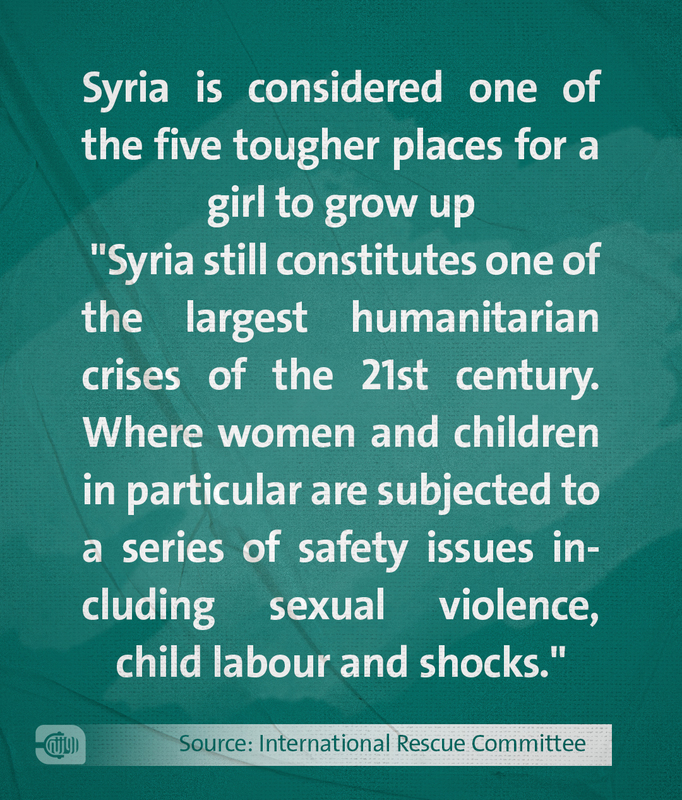 At the end, Huda decided to return to study and to continue her civil work relating to the detainees, she is confirming time after time that the detainees file is her case, and she will not abandon it. When we asked her about her dreams, she replied saying: "I hope to live with my daughter in peace and to see free Syria and to see the prisons void of innocents."

More than 10,000 women are still in detention/enforced disappearance by the conflict controlling parties in Syria, including 8,497 detainees by the regime forces, while 11,523 women have been subjected to sexual violence incidents since March 2011, according to a report issued by Syrian Network for Human Rights” in November last year.