The Attacks of Al-Hasakah and the Assassination of "Al-Qurashi"... What is Left for The ISIS in Syria? 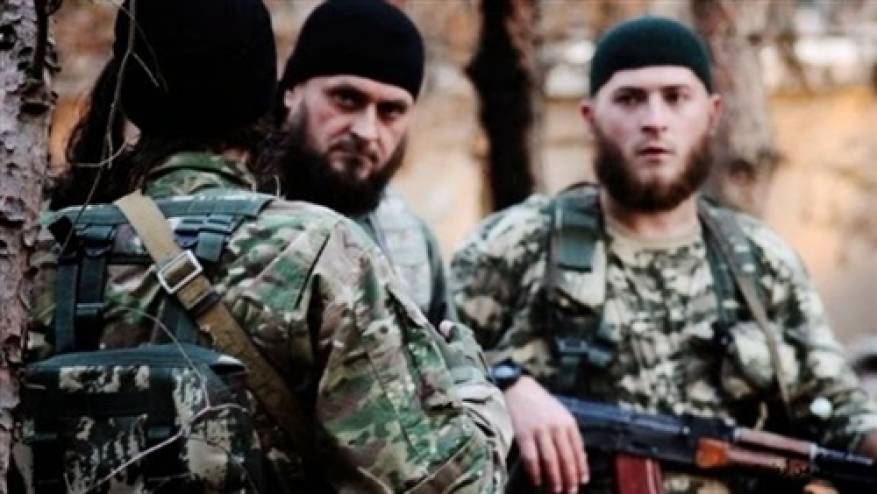 In less than two weeks, the case of the Islamic State of Iraq and Syria (ISIS) has spread again, although the United States of America announced the defeat of the group almost four years ago. The recent events in Ghweran prison recalled the scene of the launch of ISIS from the Abu Ghraib prison in Iraq.


The explosion that was heard by residents in the city of Al-Hasakah at 7:30 p.m. on Thursday, marked a new turning point in the case of ISIS, its prisoners and leaders.

Jihadist affairs expert Hassan Abu Haniyeh confirms the link between the events in Ghweran prison and the assassination of the ISIS leader.

The American operation required a high-level military order at the central command level.

Abu Haniyeh told Rozana: "The tracking of Al-Qurashi has been going on since December, and the scandal of the escape of ISIS's members from al-Sinaa'a prison in Ghweran has precipitated taking this decision to save the Americans' face.

The director of the media office of the People's Protection Units (YPG), "Siamand Ali", told "Rozana" that "ISIS tried to move forward in the area by using three armoured cars and about 200 people wearing explosive belts to attack and enter Ghweran prison".

The fear of a rapid redeployment of ISIS is due to the remoteness of the Ghweran prison, which is about 40 kilometres from the Al-Hawl camp, where ISIS families numbering about 60,000 live, only 50 kilometres away from the border with Iraq.

The new movement of ISIS members has prompted the US to move quickly toward resetting the political and field situation after the announcement by the U.S. President Donald Trump, in March 2019, of the defeat of ISIS, and the beginning of withdrawing its forces from the region.

The new US President, Joe Biden, has to control the files of ISIS as soon as possible. So, he granted his forces permission to carry out the military airdrop in the camp of Atma, and then announced at a press conference the assassination of Abu Abdullah al-Qurashi, the leader of ISIS.

After killing of ISIS's founder, Abou Bakr al-Baghdadi, in October 2019, ISIS chose Abu Ibrahim al-Hashimi al-Qurashi as his successor, an Iraqi who had previously been detained in a U.S. prison.

Was Abu Mohammad al-Julani involved in the handover of al-Qurashi?

The presence of the two former leaders of the group raises the question: is it a coincidence that the two leaders were present in the same geographical area during those years? al-Qurashi was also killed 24 km away from where al-Baghdadi had been killed in Idlib before.

In March 2020, the Organization for the Liberation of the Levant (HTS) denied the news published by the news agency "Step", in which it said that the security forces of HTS raided the village of Batabo in the western countryside of Aleppo, which is under the control of HTS, along with the factions of the Syrian opposition. Then, the security forces arrested the new ISIS leader, Abu Abdullah al-Qurashi, in the areas under HTS control.

According to the agency, Al-Qurashi was then transferred to a high-security prison in Idlib, supervised by Abu Maria al-Qahtani, a leader and member of the Shura and Sharia Council of HTS. The weird thing is that Al-Qurashi (if this news is true) has remained in Idlib.

Agence France-Presse (AFP) quoted Abu Ahmed, the owner of the house in which Al-Qurashi resided: "This man has been living in (the house) for 11 months. We did not notice anything strange. He used to give me rent and leave”. He continued saying: "He has a wife and three children," he affirmed that his sister was residing with her young daughter on the top floor.

The possibility of Al-Julani's involvement was raised when talking about the prize that was intended by the Americans to anyone who would provide information about the leader of the ISIS, which was estimated at ten million dollars, besides the one million dollars that Al-Julani donated for the benefit of displaced people in northern Idlib two weeks ago.

Abu Haniyeh describes the decision to kill the leaders of terrorist organizations by Americans as a presidential tradition. Where Obama has killed bin Laden and Trump announced the killing of al-Baghdadi, and now Joe Biden is announcing the murder of Al-Qurashi. This tradition is intended to affirm America's commitment to combat against terrorism.

When does the critical file in Ghweran end?

Al-Hasakah Governorate witnessed seven days of battles in January 2022, in addition to escapement by members of ISIS, while the Syrian Democratic Forces (SDF) attempted to re-detain ISIS escapees. This caused the displacement of civilians from the city after some detainees escaped to residential neighbourhoods such as Al-Zohour and Ghweran, besides cutting off some roads leading to the prison in order to prevent SDF forces from reaching the prison.

In a televised speech, the US President announced that his country has removed a major security threat, however, the unresolved issue of ISIS detainees and their families will remain as a time bomb for the SDF, in an area that was under their control.

According to Rami Abdul Rahman, the director of the Syrian Observatory for Human Rights, the American helicopters took off from a military base in the Kurdish-majority city of Kobani (Ayn al-Arab). Where members of the US-trained Special Forces affiliated to the "Syrian Democratic Forces" participated in the operation in Idlib that targeted Al-Qurashi.

For its part, The Autonomous Administration of North and East Syria announced on Monday 31 January 2022, the abolition of the total curfew on the city of Al-Hasakah and its countryside, with the continuation of the partial curfew as a result of the events of industrial zone prison.

The partial curfew includes all areas of the Autonomous Administration, starting from February 1 until further notice, and its hours start from 6 PM until 6 AM the next day.

Service institutions whose nature of work requires continuity, such as bakeries, mills, fuel centers, municipalities and health centers, are excluded from the curfew.

"After search operations in the city's neighbourhoods and restoring control of the prison, there are special operations according to the security situation in the city, in addition to targeting the found cells by the anti-terrorist units." Said the director of the media office of the “People's Defense Units”.

The people began a timid return after the announcement of controlling the prison of the industrial zone in Ghweran, where the Office for the Coordination of Humanitarian Affairs “OCHA” in Syria published a statement confirming the return of more than 30,000 people to their homes in the Al-Zohour and Ghweran neighborhoods, after improvement of the security situation in the city of Al-Hasakah.

The statement added that about 1,400 out of 11,000 displaced people are residing in collective shelter centers.

The United Nations confirmed the arrival of a 28-truck humanitarian assistance convoy to Al-Hasakah Governorate on 29 January 2022.

Will the killing of ISIS leader lead to the end of the organization?

It seems that the US cooperation with the "SDF" to end the file of ISIS detainees and their families is insufficient in light of the lack of any demonstrated European flexibility in this regard.

But after all that happened, the funeral scenes of the 121 SDF fighters, according to a statement by the General Command of SDF, remain the most noticeable in the minds of the people of the region, with no signs of a real end to the file of ISIS, Ghweran prison and Al-Hawl camp.

Throughout history, the life of the terrorist organizations did not end with killing of their leaders. After the killing of Osama bin Laden, Ayman al-Zawahiri appeared as a successor. Then Abu Musab al-Zarqawi appeared in ISIS. After his death, Abu Bakr al-Baghdadi appeared, and then Al-Qurashi declared himself as the new leader of the organisation.

Abu Haniyeh says that "these organizations possess an organizational solidity and a historical experience. This solidity is able to preserve itself in 37 countries in which the organization is spread, and that the strikes received by the terrorist organization after the events of 2011 do not directly affect them because they operate according to precise decentralization."

Siamand affirms that the danger of the resurgence of ISIS organization still exists, especially in eastern and northern Syria, despite the state of uncertainty that the organization is experiencing after the killing of al-Baghdadi and Al-Qurashi after him.

US National Security Adviser Jake Sullivan said in a press statement that "ISIS remains a threat that requires a global solution."

"The United States remains committed to work with its partners in Iraq and north-eastern Syria, and with the Coalition to Defeat ISIS, to counter its threats," Sullivan added.