I, the Honorable Mother, Have no Place in Labour Market. 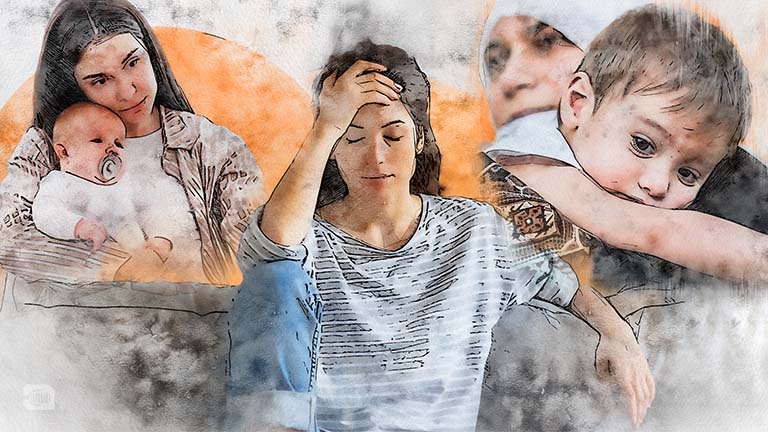 "Since her birth, my little girl accompanies me to work, the kindergarten fees are so expensive", says Kenanah the young chemistry teacher. She says that she is obliged to take her baby girl to her work every day, since the girl is too young to stay at home alone, and unfortunately there are no other options.


Working women, particularly mothers in Turkey, face difficulties in finding supportive facilities for themselves and to their children during work, which prevent many of them from entering the Turkish labour market.

This press material was produced with support of Journalists for Human Rights JHR.

Kenanah,30, resides in Istanbul, she presents special chemistry courses to the Syrian students, but with low material benefits, and she has a great difficulty in obtaining a fixed job with a monthly salary, because of the lack of a care place for her little girl.

"Living is so hard, I have a baby girl, the proper kindergartens are so expensive, I do not have the capacity to pay premiums, nor to leave work," Kenanah says. 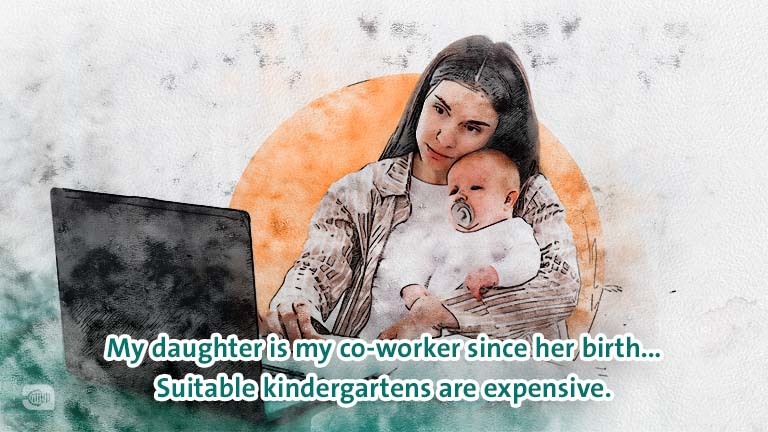 According to our monitoring of prices of the private kindergartens in Turkey, we found that the monthly premium starts with 1,800 Turkish lira, while the minimum wage in the Turkish labour market is approximately 2800 lira. Obviously, Kenanah and other similar working mothers would not be able to afford kindergarten expenses.

Kenanh is not the most difficult case, but she is one of hundreds of mothers with scientific and professional skills deprived of employment opportunities because there are no kindergartens in moderate monthly premiums.

According to an online opinion poll published by Rozana, in which 132 Syrian mothers living in Turkey participated, most of the participants replied that the licensed private kindergartens were too expensive and not commensurate with the monthly income.

One Salary is Not Adequate

In the last period, the Turkish lira is witnessing a record decline, which weigh heavily on the low-income people, thousands are suffering from unemployment especially during the Corona pandemic and the repeated lockdowns imposed by the government to deal with the disease.

Many Syrians work with low salaries and below the minimum wage, due to the prevalence of illegal employment. The number of persons who obtained work permits is only 31,185 according to the statement issued by the Ministry of Labour and Social Security on 31 March 2019.

Lama is a nickname of a woman,39, works at a sewing workshop in Gaziantep province. Her daughter Hala,14, was forced to leave school to take care of her brothers in times of absence of her mother from home.

Lama expresses to Rozana her dissatisfaction for her daughter dropping out of school, saying, "I leave my young children with their sister, unfortunately she left school in order for us to live, she takes care of them during our absence, my husband does not have social security, and I work in a sewing workshop, so one salary is not adequate". 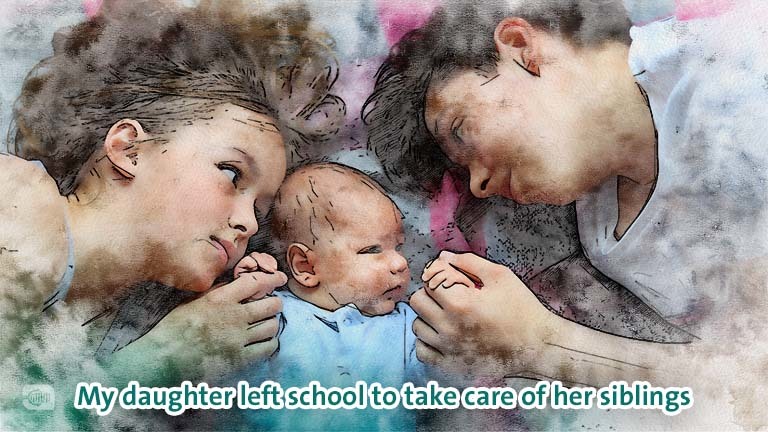 Unlicensed Kindergartens, Are Children in Danger?

Opening a kindergarten or nursery school in Turkey requires official approvals, licenses, and certain levels and specializations for those in charge of it. Despite this, unlicensed nursery schools, kindergartens, and the work of babysitters without any qualifications is widespread in the country, especially among Syrians. Many mothers’ resort to these kindergartens due to the cheapness of their monthly premiums and the long absence of the children in line with their working conditions.

Attorney Aliya Al-Alwani Speaks to Rozana about the legal status of kindergartens in Turkey, sha says: "Turkish law does not hold parents accountable for sending their children to unlicensed kindergarten," she adds, "They have the right to file a complaint to the concerned authorities to hold accountable the administration of the infringing kindergarten, which amounts to its closure and judicial fine with large amounts of money."

Al-Alwani continues: "Legal kindergartens normally comply with the conditions and standards established by the Turkish Government. Where they are followed up by specialized inspection committees, through periodic reports provided to them by the Department of Kindergartens on details of the activities of kindergarten, the employed staff, and information on children registered to it. These committees also monitor the observance of standards by kindergartens through unannounced rounds of inspections".

These measures are aimed primarily to protect children. Unlicensed kindergartens lack these inspections, which can expose children within it to different risks, as what happened with Rawan's son,3, Rawan says: "There are 25 children in the room with one nanny, it is a disaster. I took my son to hospital 3 times within one month because of respiratory diseases infections. I left my job, I am dependent on Allah, his health is more important than any consideration". 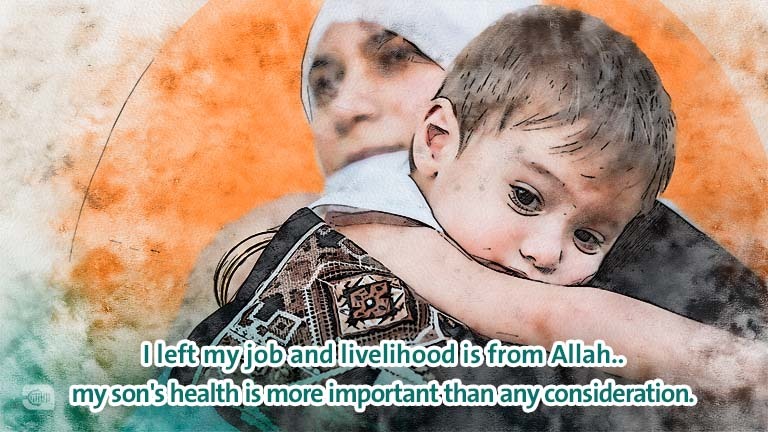 One woman says: "We sent our son to a kindergarten because it is cheap and compatible with the licensed one, but at the end we suffered a lot of transferring the child from a clinic to a hospital." While another woman says: "I sent my daughter to a kindergarten, and because of the lack of hygiene, she was infected with lice."

While a third woman says: "There is a Syrian kindergarten that I thought to send my child to, but it is not ventilated and clean. I asked the kindergarten administration if there is a male or female supervisor who monitor children during their sleep, the answer was yes, but I saw them sleeping alone in the room."

Your Child Does Not Meet the Standards

Lawyer Aliya Al-Alwani told Rozana: According to Turkish law, working mothers have the right to a 16-week maternity leave. The working mother may take a maximum of 6 months of unpaid leave, which is considered to be supplementary to the unpaid leave, but requires the consent of the "employer," this right does not distinguish between Turkish and foreign citizens working under a work permit.

The Turkish government also provides nurseries and government kindergartens, at acceptable prices, but on conditions that are not suitable for working mothers, as the majority of nurseries spread, which require that the child be 3 years old as a minimum.

Khouloud, 33, works as a translator in a cosmetic hospital in Istanbul. Khouloud seems happy with her one-year-old baby, but since her birth she has faced the problem of continuity of work, because of the baby. Kholoud says:"My son is a year old. Where will I put him? let us suppose that I took maternity leave and unpaid leave, then what next? I have to go back to my job to at least secure the needs and diapers for my baby."

In the latest statistics for the year 2021 conducted by the Turkish Mülteciler Association, an association specialized in helping refugees, asylum seekers and solidarity in Turkey, the number of Syrian children between the ages of one day and four years old reached 511,207, while children between five and nine years old were 571,357. According to the statement of the Turkish Ministry of Education 2021, it was announced that 35,707 Syrian students will be enrolled in kindergartens only. 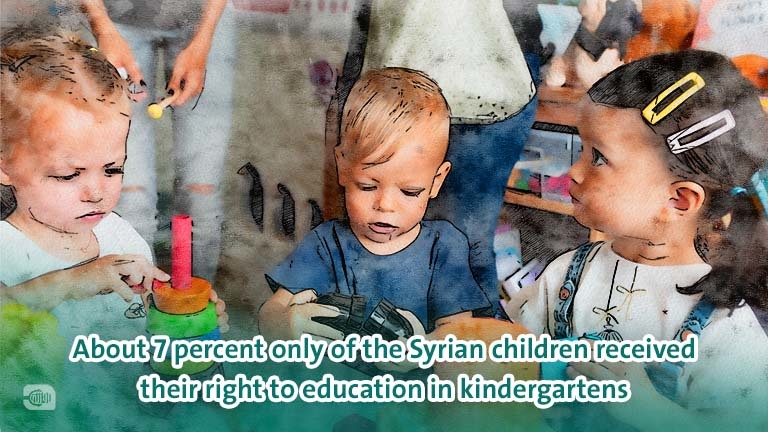 Nurseries in Turkey are affiliated with the Ministry of Education and do not differentiate between citizens and foreigners in terms of registration. However, many obstacles face Syrian women, including language and parents’ lack of access to open registration dates. Many parents try to enroll their children in kindergarten, and the phrase “there are no vacant seats for the child” is waiting for them.

"My co-worker is in the same circumstances with me, with one difference. My child is stays with one of the neighbor women every day, while her child stays with his grandmother enjoys warmth, care and love at home." Khouloud, a worker at a cosmetic hospital, talks about her Turkish colleague Borgo, who leaves her baby with his grandmother.

Borgo is also a nurse in the same cosmetic hospital, complaining about the high cost of nurseries and her inability to leave work. She said to Rozana, "I have reached a good and high professional position. I know that my child needs his mother's embrace, but I will not sacrifice the opportunity for a good future for me and him as well. My mother-in-law makes up for my absence." 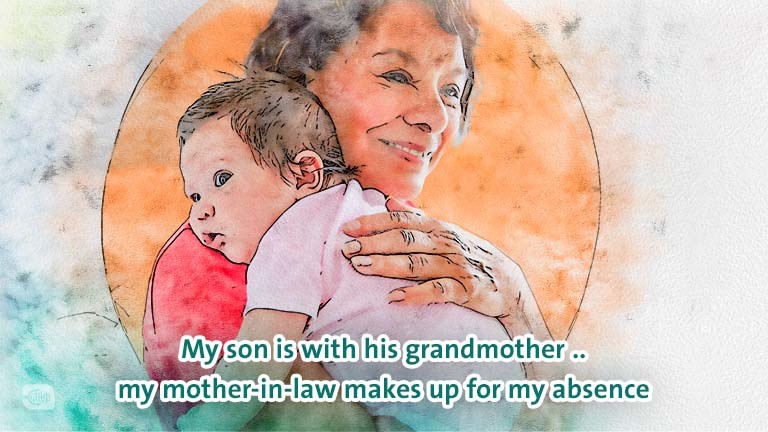 When we asked the women participating in the questionnaire, "do you have relatives who can be relied upon to take care of children while you are away during work? Only a quarter of the mothers surveyed answered yes."

Few organizations work in the field of economic empowerment of Syrian women in Turkey. The Chairman of the Board of Directors of the Start Point Organization Osama Al-Hussein says: "The interest of the majority is focused on women in northern Syria", and he told us that within their organization they have worked, two years ago, on projects to economically empower Syrian refugee women in Turkey. He referred to an unexpected challenge, saying: "Many women did not complete the workshops, due to the lack of nurturing environments for their children when they were busy at the workshop".

Al-Hussein explains that their experience with mothers in Turkey was an incentive to think about allocating a place to care for children during training periods and workshop activities in northern Syria. 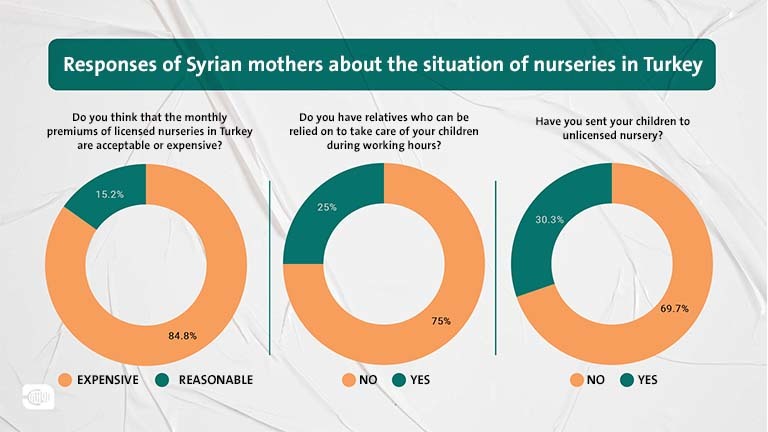 Responsibility of the Mother Alone

CEDAW convention, which Turkey has signed since 1985, provides for the right of women to work. In the second part of Article 11, the Convention requires the prohibition and punishment of dismissal from work due to marriage or pregnancy. CEDAW also requires countries to legislate maternity leaves, create a network of childcare facilities to assist working mothers, and provide protection for pregnant women in work environments that may be harmful to their health.

Childcare remains in the minds of many related to women, who face challenges and make sacrifices alone, "honorable" mothers who sacrifice everything for the sake of their children’s comfort and care, and this what prevents them from obtaining their rights in work and economic independence. It also widens the gap between reality and calls for equality among all members of society.