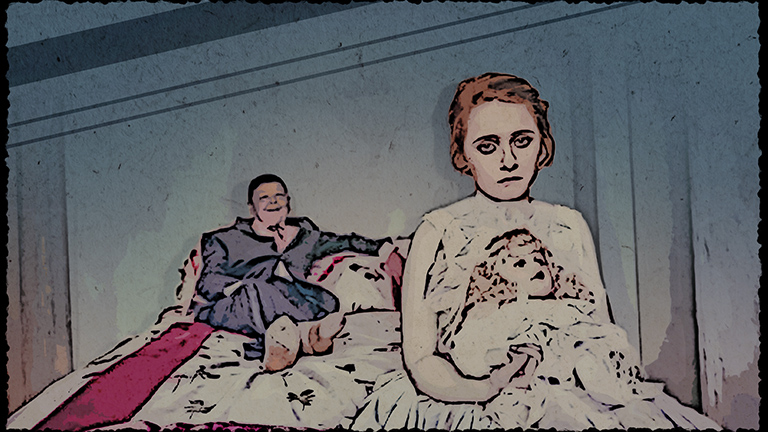 Salma (a pseudonym) is no longer able to conceive after having a miscarriage of her second child when she was only 17 years old, as she did not have access to health care during the pregnancy and her fear of seeing doctors. She is a minor who married at the age of 14 and gave birth to her first child a year later.


The story did not end there, as Salma underwent bone density tests to confirm her age, and then the hospital administration informed the Turkish police of the arrival of an underage pregnant woman, and they held the infant at the hospital.

There are no clear statistics on the number of marriages of underage girls in Turkey, as these marriages take place outside the Turkish law.

A report published by the End Child Prostitution in Asian Tourism (ECPAT) network (a group of organisations seeking to end the sexual exploitation of children) revealed the spread of the phenomenon of underage Syrian girls marrying Turkish men for money due to the economic crisis resulting from the coronavirus pandemic.

The report, quoted by the British newspaper The Independent, said that Turkey has the largest number of refugee children in the world and that girls are highly vulnerable to forced marriage, human trafficking and sexual exploitation.

Human rights organisations have confirmed that an increasing number of Syrian families are marrying off their underage daughters to Turkish men for money. These numbers have increased due to the economic crisis resulting from the coronavirus outbreak.

Samar (a pseudonym) is a woman residing in Ankara, who married her cousin at the age of fifteen. After her first pregnancy, she was afraid of having any medical examination and suffered from frequent bleeding, as she did not have a formal marriage contract, which made any visit to a hospital a form of suicide in terms of law.

Samar's pain got worse, and she had no choice but to go to the emergency room at the academic hospital, as her life was in danger. Consequently, she lost the pregnancy and her father and husband were imprisoned for three months and one year respectively.

(Samar "a pseudonym" tells her story of child marriage and childbirth in Turkey)
Wadha Othman told Rozana: "Because of the war, some parents think that marrying off their daughters even at a young age would protect them and ease the economic burden on their shoulders. However, they ignore the risk they are exposing their daughters to."

The risks of child marriage

The risks girls face when they marry at an early age are deadly, not to mention the other dangers they can get exposed to if they get pregnant at that age.

Sexual and reproductive health doctor Nora Al-Saadi said that “child marriage presents a medical dilemma, as their (the girls) bodies cannot be ready for pregnancy and coping with it, and later on for childbearing," noting that "underage marriage causes several medical problems that can lead to the death of the minor in some cases. "

The Syrian doctor Mustafa Lollak also told Rozana that the refusal of the underage pregnant woman to go to public hospitals is due to her fear of legal prosecution, which pushes her to undergo operations of irregular clinics that are set up in houses, in the total absence of professional supervision and necessary care for the mother and the baby, both before and after the birth.

A child born to an underage mother in non-formal private clinics may be denied the right to basic vaccinations that protect them from disease. 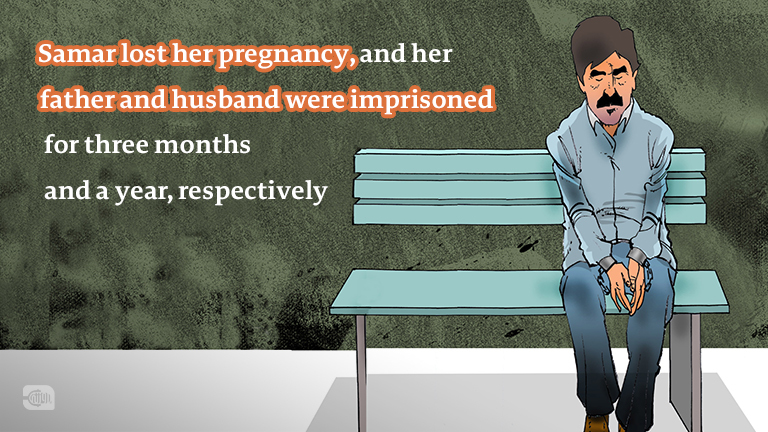 Gynaecologist Nazik Al-Sulaiman spoke about the wedding night and the risks that girls under the age of eighteen may face when having sex, and the possibility of serious complications for the mother and her baby, including obstructed labour, laceration of the uterus and vagina, as well as deterioration of the baby's condition and threats to its life.

The doctor said that sexually transmitted diseases (STDs) are particularly dangerous to girls under eighteen, who are exposed to cervical cancer in the long run.

There are about 3.6 million Syrian refugees throughout the Turkish states, as Syria’s northern border crossings are open for the movement of persons from Syria and Turkey.

Most of the refugees are concentrated in Istanbul and the border states such as Gaziantep and Hatay, while the largest portion, about 74 percent of the total population, is in Kilis.

Talking to Rozana, Lawyer Hussam Serhan pointed out to the popularity of common-law marriage (marriage outside the framework of Turkish law, and outside the party that regulates marriage within Syrian society in Turkey, which is the municipality marriage office).

Serhan said that the marriage contract in this case is concluded by a lawyer or sheikh, stressing that Turkey penalises whoever arranges this type of wedlock, the witnesses, the guardian and the husband, who may receive a prison sentence that  goes up to six months.

Samar’s father and husband were detained for three months and a year, respectively. On the other hand, Salma’s mother-in-law was detained because the husband was in Syria, and none of the family attempts to forge the birth certificates registered in the Kimlik by paying bribes were successful.

Most of the time, the Turkish government discovers violators of the law and unregistered marriages when a birth occurs in a hospital, whether in private clinics or state hospitals, through the wife's identification papers that indicate her age.

Does the law tolerate this?

Lawyer Rami Assaf stressed that this phenomenon is particularly trendy among Syrians coming from Turkey, saying that the current political reality in Syria does not help amending and mature laws; and even if some legislations are modified, such as those made by the Syrian regime, they will severely clash with the reality on the ground in Syria.

Parents who are married with undocumented contracts risk having their newborns held by the competent authorities, as in Salma’s case, as her baby was detained in the hospital while she was referred to receive bone diagnosis to determine her age.

Lawyer Muhammed Tammo told Rozana that Turkish law considers marriage under the age of eighteen as a crime that is punishable by imprisonment from six months to two years for anyone who participates in concluding the marriage of a minor before attaining legal age. The penalty goes up to 16 years in case the girl was forced to marry.

In its latest report issued on 25 June 2021, Save the Children Fund warned that girls in the Middle East and North Africa are at greater risk of being coerced or sold into 'tourism' or 'pleasure' marriages due to increased poverty, displacement, and the covid-19 pandemic.

As long as the patriarchal interest manages women's affairs in societies, girls' fate remains dependent on how many rights the law guarantees them, if it is able to reach them.

This journalistic material was produced with the support of Journalists for Human Rights (JHR) and funded by Global Affairs Canada.