It is as if darkness is the fate of Syrians that chases them even in their hard paths of asylum and displacement. After escaping the regime’s brutality and electrical rationing, the Syrians were forced to face the electricity crisis in Lebanon, which took a sharper turn recently, as the country remains without a government for months, causing a general incapacity to take firm decisions and measures to uplift the collapsing services and livelihood situation.


The electricity crisis is not new in Lebanon, as it dates back to 1990, with the end of the civil war.  However, the country has been undergoing stricter rationing measures since 2019 with the breakout of the economic impasse, especially the dollar crisis and the devaluation of the Lebanese pound. Therefore, the hours of rationing have reached 20 hours daily in some areas.

Amid all of all these suffocating crises, no one is barely thinking about the fate of the Syrian refugees, including their lives and daily suffering, as they are forced to pay for electricity supplies provided by high-cost electric generators, despite the decrease in the value of the allowances they receive from the United Nations High Commissioner for Refugees (UNHCR); without mentioning that the electric generators are also subject to rationing, with the escalation of fuel shortages and its surging cost week after week to the extent that operating a refrigerator has become a luxury that many Lebanese citizens, along with the refugees, dream to have.

While Lebanon needs 3,200 megawatts of electricity, the country’s production fell to 800 megawatts, which increased the cut-offs and shortened the periods of power supply, compared to about 2,100 megawatts prior to the outbreak of the crisis in October 2019.

Umm Maher, a Syrian refugee in Lebanon and a mother of three children who lives in the city of Tripoli, told Rozana about her struggle with severe rationing measures. She said that “the electricity comes for seven or eight hours a day only, which is a very short period, especially with the onset of the summer and our urgent need to use the refrigerator continuously in order to preserve food from rotting away.”

Umm Maher added that “in the summer, our need for electricity doubles, and in addition to the refrigerator, we also need electric fans with the rising temperatures, especially in the middle of the day, when the electricity is usually cut off."

She pointed out that the monthly subscription fees to the electric generator have been increased significantly, explaining: "Earlier, I used to pay 90,000 pounds for three amperes. However, the fees surged to reach 175,000 now, which is an amount that I cannot afford with the rising cost of living."

What about online lessons?

She told Rozana: "All lectures are now being conducted online, and professors ask us to either download the courses or follow them while explaining the lessons directly usually between 10 am and 4 pm, which coincides with the daily peak of electricity rationing." 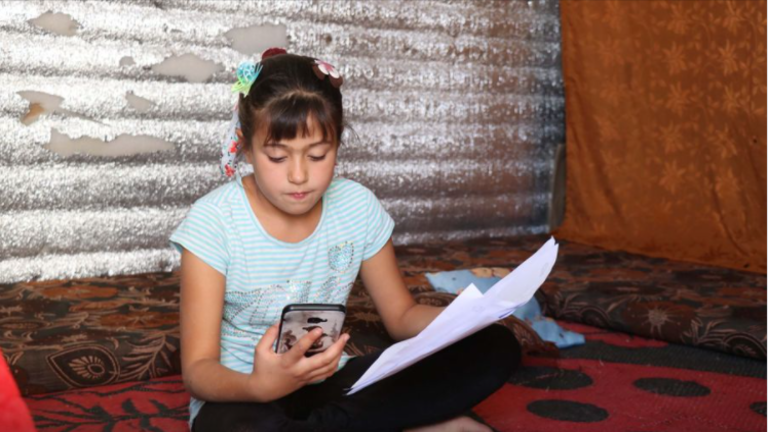 Dana continued saying that “the prices of 4G internet packages have been skyrocketing, and I, as a student, cannot afford to pay for mobile internet daily. So I have to miss my classes, download the lessons later, and then try to understand it on my own. I have been doing this for more than two months now and I do not know what else to do."

Rozana interviewed an operator of a private electric generator in Tripoli, who explained the manifestations of the electricity crisis in Lebanon.

Khaled added: "Because misfortunes never come singly, we are no longer able to obtain diesel and engine oil for the generators, as the government is no longer able to secure these needs. Therefore, we had to raise the fees in line with the surging materials prices in the market, especially with the insane rise in the pound’s exchange rate against the US Dollar, which added to the suffering of people and further deepened most households’ inability to continue paying subscription charges.”

Moreover, an official statement announced that the Lebanese President Michel Aoun had approved an exceptional loan of up to 300 billion pounds ($200 million) to Electricité du Liban (EDL), so that the company can import the fuel needed for power generation before electricity supplies ran out.

The president's approval of the loan came after a meeting between Hassan Diab, head of the caretaker government, and the concerned parties with the aim of discussing ways to overcome the obstacles that led to delaying the disbursement of funds.

But even if the funds are pumped and the negotiations efforts lead to providing limited quantities of fuel, it does not necessarily mean that the crisis will end, as the country has been heavily affected by the drawbacks of temporary solutions that do not address problems in depth. As a result, the refugees and poverty-stricken local residents remain prey to destitution and darkness, while critical decisions have been postponed for years.