Watan Tent and Stained Photos of Al-Assad... For Whom Will As-Suwayda Vote in the Presidential Elections? 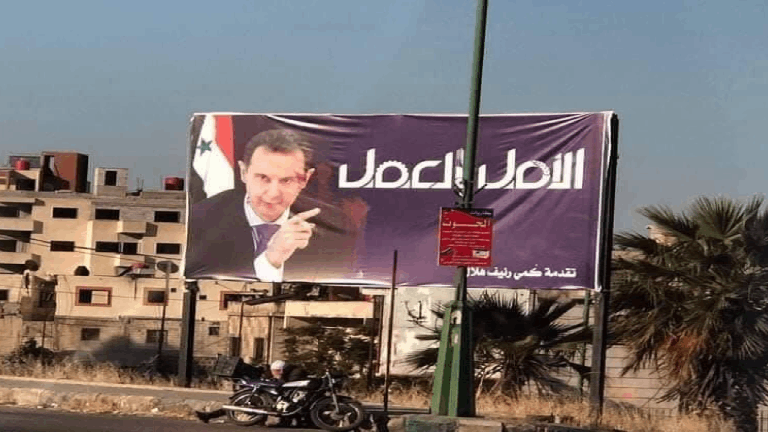 In the governorate of As-Suwayda, activities and events in connection with the presidential elections were launched under the patronage and auspices of the regime and the Baath’s branch in the city, where the so-called “Watan“ (homeland) tent was set up in the courtyard of the ruling party’s old branch headquarters.


Since the first day of setting up the tent, the authorities have invited clerics and notables belonging to different segments and sects in the region to take part in the designated activities. Thus, two of the Sheikhs Al-Aql of the Druze community, along with a number of church pastors and head of the endowments department attended the event.

On the other hand, social media users in As-Suwayda expressed their uneasiness about setting up of the tent and the subsequent presence of clerics.  Many denounced holding election celebrations which, according to them, would not improve the difficult living situation that the population is experiencing, including fuel shortages, high prices, power cuts, and lack of adequate services, in addition to the government's decisions to bridge the financial deficit of state treasury, even at the expense of the citizens and their needs.

Samer, a university student who protests against the economic stagnation in the country, stated: "Our problem is the economic and political recession afflicting the country, and these elections will do nothing except for renewing this state of stagnation. No solution will be presented to change the status quo, which has become in need of an urgent political solution to lead the country to safety and ensure its recovery."

Meanwhile, Facebook activists called for a protest on Wednesday night denouncing the elections. Yet the spread of so-called undercover Shabiha (informants) in the area hindered this endeavour. This is not the first initiative in As-Suwayda to reject or oppose the elections, as it has become common for residents of the city to see graffiti on the walls of schools and markets denouncing the elections and calling Al-Assad to withdraw from the election race.

The regime's government tried to contain the situation, and according to the Syrian Arab News Agency (SANA), Prime Minister Hussein Arnous arrived Sunday into As-Suwayda governorate, accompanied by 13 ministers, including the ministers of Local Government, Public Works and Housing and ministers of interior, health, and higher education; and presented a development plan worth 5 billion Syrian pounds. 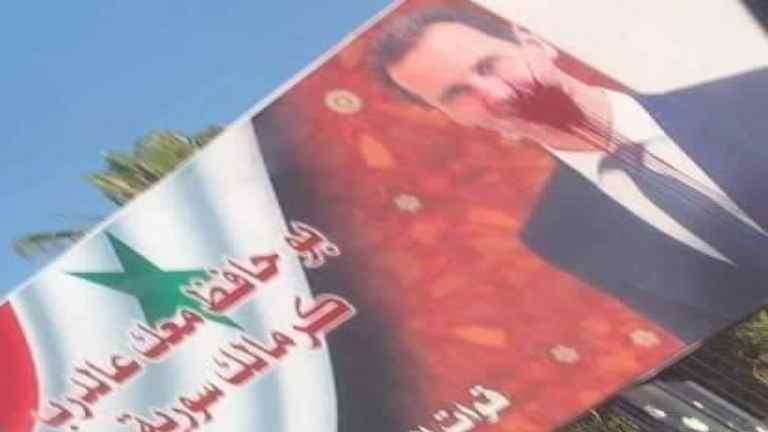 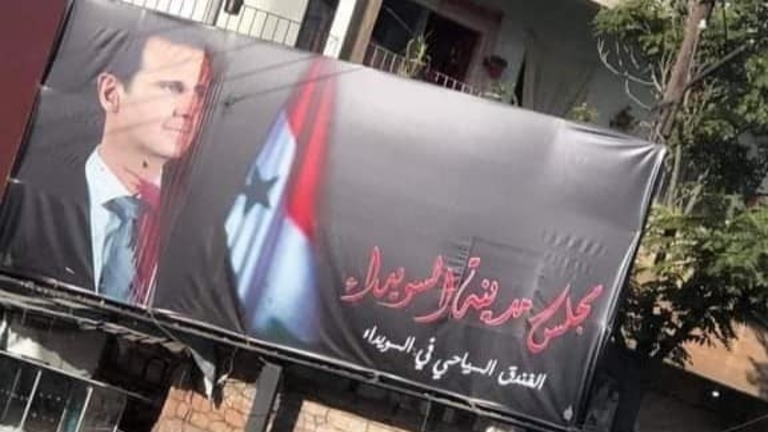 (Two elections’ billboards in As-Suwayda are stained with red paint)

The latest forms of protest took place on Thursday morning, when a number of photos of President Bashar Al-Assad scattered around the city were stained with red paint, which forced the authorities to remove and replace the destroyed posters.

On the other hand, a number of activists signed a statement expressing their rejection of the elections as citizens of the governorate. They stated that the promoters of the elections do not represent the whole region, calling on people to join and sign the document.

The Syrian regime's presence in As-Suwayda was not weakened at any point, but rather enhanced with the significant withdrawal of the 'Men of Dignity movement after the murder of its leader Abu Wahid Al-Balous.

The regime’s influence in the region has been maintained through many moves, including the visit of the military delegation sent by Maher Al-Assad, Commander of the 4th Armoured Division, in 2018 to monitor the enlistment of citizens summoned to perform the reserve military service, and urge the wanted and fugitive locals over 35 to join the ranks of the 1st Corps to avoid punishment.

At the time when the military delegation started working in As-Suwayda, the regime commented on the event saying: "It is a great honour ... offered by Major General Maher Al-Assad exclusively for this city which has a material and symbolic significance... The initiative culminated with a pardon issued by the president ... who granted further blessing to this fruitful step." 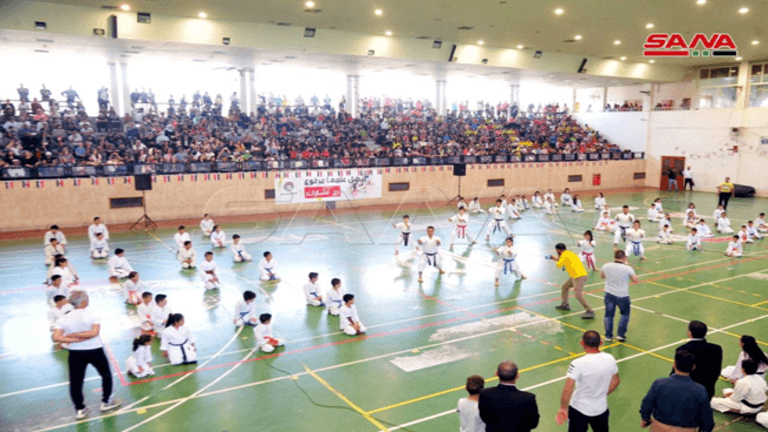 It is noteworthy that the governorate witnesses sporadic demonstrations from time to time bearing different demands, such as the provision of gasoline supply. Thus, an armed faction cordoned off the building of As-Suwayda’s Transportation Directorate two weeks ago to protest against the new law relating to the transfer of car ownership, in addition to other protests, during which the locals denounced the recurrent phenomenon of kidnapping.