Syrians who Lost Hope in Change: ‘Immigration is our Last Chance for Salvation’ 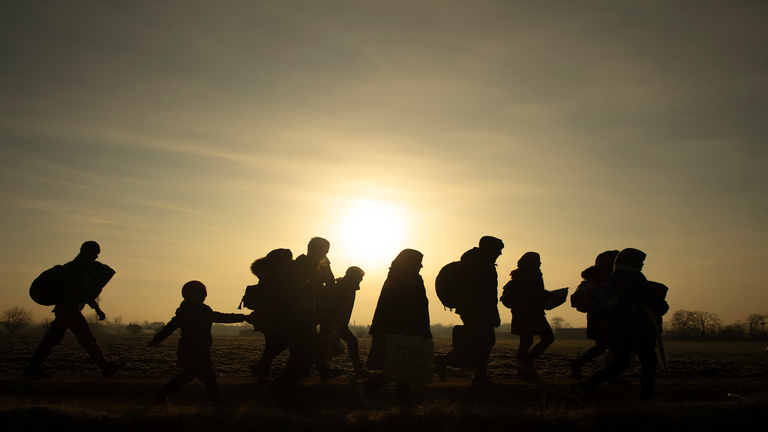 The migration of Syrians - Shutterstock
Reports | 27 May 2021 | Iman Hamrawi

Indifferent about the results of the upcoming presidential elections in Syria, Firas is currently preparing to move with his family away from his home land, after choosing a risky path over staying and being forced, along with the rest of his fellow citizens, to watch the country slowly falling apart.


The suspension of military operations and the conditional stabilized security could not persuade people of the availability of an economically and politically safe environment, as most Syrians are now convinced that Al-Assad will win the elections, which means that the desired change they aspire for will be again far-fetched.

Countries that can contribute to the reconstruction process stipulate Al-Assad's departure from office, which is also the condition for lifting the economic sanctions imposed on the country.

Firas's life has changed over the past ten years. The 38-year-old man has been wanted for years to perform the reserve military service within the ranks of the regime forces, and due to his family’s challenging situation, he was forced to stay in Syria.

Firas was able to hide and escape from the security services by working in his village, which he could not leave for the past nine years.

Today, Firas lives in a big prison called Syria. He said: "I had no choice. I cannot walk meters away from my city. I am imprisoned here until something changes in Syria. But now everything has become clear, change will never come, which means that I have now to face  the difficult choice of giving up everything and trying to leave no matter how. " 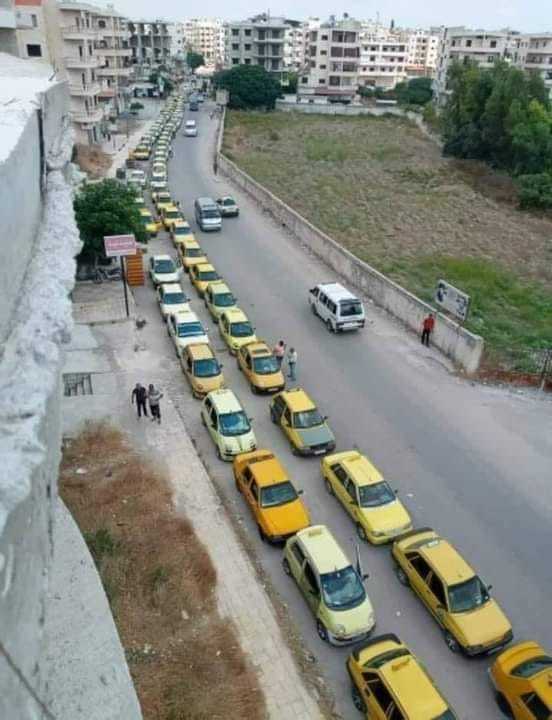 Firas lives in the countryside of Homs and works as a construction contractor. Although his income is better than many others, he and his family are tired of extremely poor services and endless queues to get a loaf of bread, fuel and other necessities. All this, in addition to his unsettled military status, has prompted him to think about taking risks and fleeing the country.

Firas told Rozana: "I sold my house and my car for 70 million Syrian pounds, about $28,000, and I am ready to leave, though it is a tough decision."

Firas has contacted several smugglers and managed to make a deal with a person who claimed that he is able to ensure his safe passage through the regime's security checkpoints and then send him across Lebanon to Europe by plane for $15,000, alone without his family. However, Firas preferred to wait until making further contacts with his connections outside Syria to hear their feedback and advice.

If Firas manages to travel and reach Europe, he will wait there to be reunited with his family like the rest of the refugees.

Firas's decision has been difficult on him, because he managed to make a sound professional reputation for himself over the years and earned the respect of his colleagues, in addition to the fact that he is close to his siblings, father and mother. But, in the end, he decided to leave the country at a time when the authorities are preparing to hold the upcoming presidential elections.

"Nothing will change in Syria," says Firas, adding: "It is clear, Al-Assad will remain president, and I will wait for the rest of my life on the reserve list, unable to travel."

Preparations for the Syrian presidential election, which will take place in Syria on Wednesday, are underway, following the end of the voting process in Syrian embassies a few days ago for the three candidates (Abdullah Salloum Abdullah, Mahmoud Marai and Bashar Al-Assad), amid a climate of palpable tension, Particularly in Lebanon, were many Syrians were forced to vote for Al-Assad under threat, according to media reports.

The straw that broke the camel's back!

Even Abu Othman, 55, who missed many opportunities to leave the country and insisted on staying told Rozana that he is doing his best today to travel abroad.

Abu Othman, a retired government employee in the countryside of Damascus, explained to Rozana that "the elections were the straw that broke the camel's back. The Syrian issue has become impossible to resolve, and the strange thing is the number of people who support Bashar Al-Assad. I have no clue why they support him."

Abu Othman added: "My neighbour has never hesitated to criticise the country’s situation and the dreadful services and living conditions, and yet he participated lately in a march to support Al-Assad. If this is not schizophrenia then what is it?!" 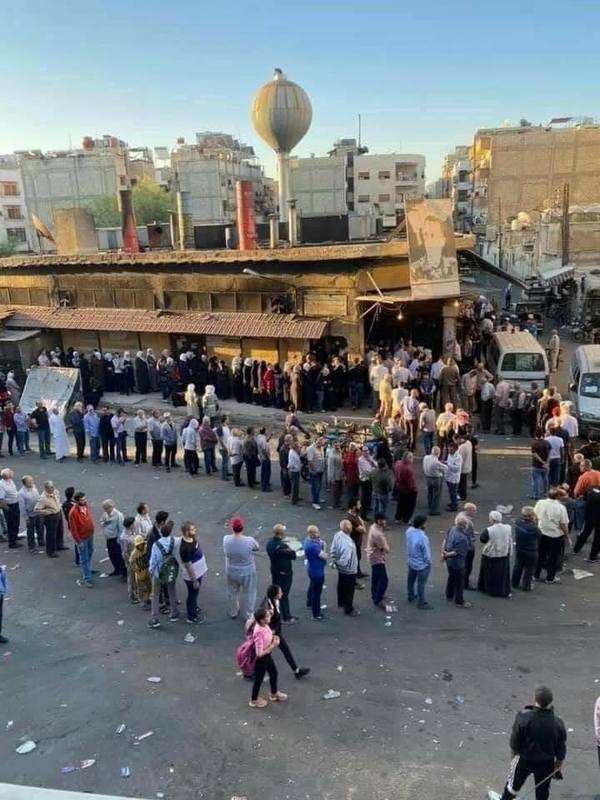 (Queues of people waiting outside a bakery in Damascus)

Abu Othman is striving to travel outside the country, and he has been inquiring about ways to travel with his wife and four children and the cost of such adventure, just like his brother who sold his home years ago and travelled to the Netherlands by sea with the help of a smuggler.

Abu Othman, the retired employee, possesses nothing but his home, and he is communicating with real estate brokers continuously to obtain the highest possible price for his residence that enables him to pay the costs of the smuggling operation.

Huda, 35, also believes that the situation in Syria has become insane. She told Rozana: "People lost their minds, a march in the morning, then cutting off electricity in the evening; or rather hunger in the morning accompanied by a support rally for Al-Assad. This cannot be a normal situation.”

According to media reports, the Syrians’ migration trips become more active in the summer. Last Friday, the Cypriot authorities declared a state of emergency because of the Syrian migrants coming from Tartus and urged the European Union to help them stop the flow of Syrian migrants.

The Cypriot Interior Minister, Nikos Norris, said that since last week Cyprus has witnessed a "daily wave of immigrants arriving by sea from the port of Tartus,” reported Agence France-Presse.

The Lebanese authorities announced arresting 125 Syrian immigrants last Thursday on board a boat off the coast of Arida - Akkar, in northern Lebanon, while trying to migrate by sea to Europe.

On 4 May, the Lebanese army intercepted 51 Syrian refugees, including women and children, who were about to cross the sea to Cyprus, according to Lebanon 24 website.

The Syrians are suffering because of the deteriorating economic situation in the country, after the Syrian pound hit 3,000 against the safe-haven US dollar, which caused a further increase in prices and the collapse of living conditions, pushing hundreds of Syrians to flee and seek asylum abroad in search of a better life.