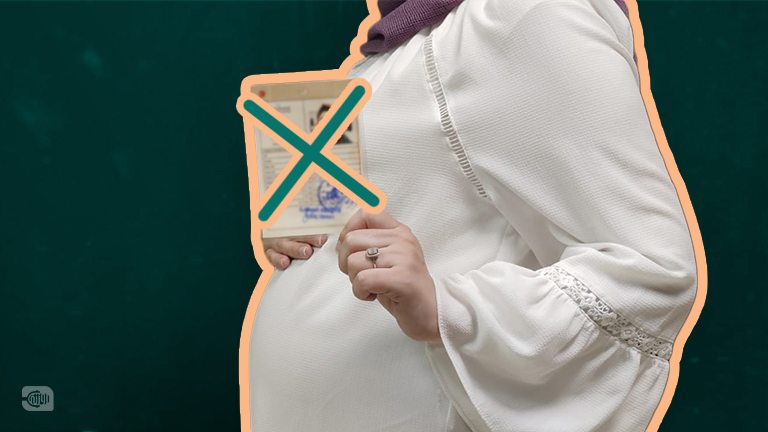 ‘I cannot get treatment in Turkish public hospitals because I do not have the Temporary Protection Identification Documents (kimlik) from Gaziantep. I got my card from Urfa, and my residence is in Gaziantep. ” This is a summary of the challenges facing Lyn, a Syrian woman, who is one among dozens of Syrians who suffer from being unable to obtain a Kimlik for multiple reasons.


"My first child was born in a private hospital because state hospitals refused to receive me without having my kimlik from Gaziantep. I tried to transfer my Temporary Protection Identification Documents to Gaziantep, but I could not despite many attempts," Lyn said to Rozana.

Lyn pointed out that her marriage is not registered in Turkey because she did not obtain the Turkish protection card (Kimlik), knowing that her husband has a temporary protection card from Gaziantep.

In fact, if a Syrian refugee fails to obtain a temporary protection card, he /she therefore will be denied access to all health services, education, or social assistance. According to the Directorate General of Migration Management (DGMM), Syrians who have obtained Temporary Protection Identification Documents can benefit from health services within the city in which they live.

Regarding the legal situation, lawyer Ghazwan Kronfol told Rozana that “the transfer of the Kimlik from Urfa to Gaziantep is a legally available process, and the possibility of registering the marriage if the matrimony took place in the state of Urfa, Gaziantep, is possible for the spouses, but they signed a paper that contradicts to Turkish law, namely a religious marriage contract. In this case, the violation will result in sentencing the spouses, if they are adults, to up to six months in prison, and three months for the person who concludes the contract.”

In order to correct the legal status of the Syrian woman, Kronfol explained that she must transfer her Kimlik to Gaziantep and then get a legal marriage contract, even if the child would be registered as born out of wedlock, because he/she came to life before concluding the civil marriage, pointing out that one of the spouses can submit a request to the governorate to transfer the Kimlik, depending on where the other spouse lives.

The suffering of Lamar (a pseudonym) is similar to what Lynn went through. She married when she was still underage and gave birth to her first child at the age of 16, and she stayed for years without the kimlik, which prevented her from accessing health care services in public hospitals.

She told Rozana: "I suffered during my first pregnancy because my body was so fragile. I needed tests that I could not have in public hospitals because I did not have the kimlik, in addition to the fact that we are new in Turkey and we did not know anything. So I did not get tested in private hospitals, and then I gave birth to my child in a private hospital and suffered health problems later."

In order to register the newborn in the Turkish Civil Registration Services, the DGMM requires a birth certificate of the child accompanied with the parents’ kimlik, which made it clear that in the event that the child was born outside the hospital (home or otherwise), a document indicating the occurrence of the birth must be obtained from the mukhtar (the sheriff).

Regarding the reason why she did not get a Kimlik for more than three years, Lamar said: "When I was with my family in Gaziantep I had a kimlik. We went back to Syria and I got married there, then I returned with my husband to Turkey, while my family stayed there."

She added: "My husband and I later booked an appointment to update our status data, and this is when the Kimlik data update centre took my protection card and refused to provide me with a new one because I was under legal age and my family members, who could not enter Turkey again, were absent too.  I remained without a kimlik until I reached the legal age. During that period, I used to go to private hospitals for treatment in case a health emergency occurs, knowing that our financial situation was average.”

The percentage of Syrian women in Turkey!

According to a report by the Refugee Association located in the state of Istanbul, on 24 February the number of Syrians registered under temporary protection in Turkey reached 3.6 million, 46.2 percent of which are women, while men are 53.8 percent.

Shahd (pseudonym), 16, is about to give birth, while she is still trying to get a kimlik and her marriage is not legally registered yet.

She told Rozana: "My family married me off after entering Turkey when I was only 16 years old. I was not supposed to get pregnant only when I reach 17, but I got pregnant and I do not have a kimlik. We tried to obtain it by giving money, but it did not work.”

As she does not have a Kimlik, Shahd is concerned about giving birth, “I am terrified that I will not be able to give birth in a private health centre, and if I could not do that, I do not know where to go and what to do. If I go to a Syrian clinic, they will ask for a Kemlik, which I do not have.“

To obtain a temporary protection card, a refugee must apply to the Immigration Administration Centre in his city of residence.

In 2016, the DGMM required Syrians residing under temporary protection to obtain a travel permit in order to travel inside Turkey, which cannot be done without a Kimlik. If caught travelling without permission, refugees may be liable to legal accountability.

Lawyer Kronfol pointed out that “what is illegal cannot be legalized,” when a series of errors and violations occur in Turkish laws unexpected problems happen, explaining that many states allow Syrians to extract their Kimliks, even refugees who entered Turkey illegally, with only a few exceptions.

Child marriage is illegal in Turkey, as laws prohibit girls under the age of 18 from getting married and deem it a sexual crime penalised with eight to 15 years in prison as articles 103 - 104 - 105 of the Turkish Penal Code stipulate.

Child Protection Law in Turkey No. 5395 defines minors as being under the age of 18 years old, and Turkish law considers child marriage of girls under 18 years old to be a crime of sexual assault against a minor, says Kronfol.

In such cases, and during the birth of the child, the hospital may inform the Turkish Public Prosecution, which immediately files a case leading to the arrest of the husband and the girl’s legal guardian and referring them to court.

The director of public relations at Hatem Hospital in the city of Gaziantep, Zardin Dorman, told Rozana: “Any woman who comes to the hospital to conduct a pregnancy check or give birth without providing a Kimlik, besides being in an emergency state, shall not be admitted. However, a woman is treated immediately without asking her for a Kimlik ID if she is rushed to the hospital in an emergency state, such as suffering from a haemorrhage or any other critical condition."

Dorman added that after treating the emergency case, the hospital administration requests the required documents, and in case the patient does not have a Kimlik ID, the Public Prosecution is immediately notified.

This procedure applies also to Turkish women, as the prosecution also gets notified if a Turkish woman under the age of 18 is pregnant or giving birth.

The lawyer warned women without a temporary protection card, who are about to give birth,  from having the baby at home for fear of other problems that may arise as they would not be able to register the child without having any document.
He stressed that Syrians must comply with Turkish laws in order to avoid problems, especially child marriage, emphasising that having a Kemlik is essential to any legal procedures on Turkish territory.

What does temporary protection mean?

The UN indicates that temporary protection secures a set of rights, services and assistance to its beneficiaries, including access to health and educational services, social assistance, psychological support, and access to the labour market.

According to the UN, "Syrians and stateless persons coming from Syria who seek protection from the Turkish authorities shall be accepted and not returned to Syria under normal circumstances unless they request it themselves."

The UN states that “individuals who seek temporary protection shall not be punished for entering Turkey illegally or through illegitimate routes, as long as they approach the Turkish authorities themselves within a reasonable period of time and provide a valid reason for their illegal entry or irregular stay in the country.”

This material was prepared with the support of Journalists for Human Rights (JHR) and funded by Global Affairs Canada.