Women ... from Revolting Against Wearing Trousers to Becoming “the Sisters of Men” 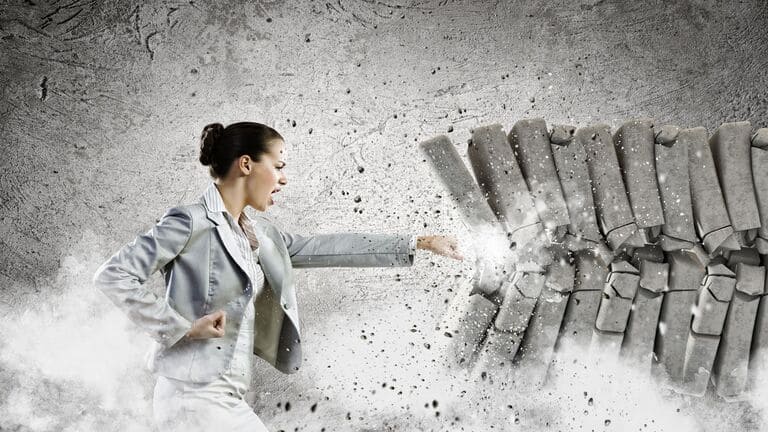 The Syrian activist, Sundus Suleiman, attended Syrian opposition meetings carrying her baby Tamarod (Rebellion). Suleiman is said to be the Arab version of the former Italian MP, Licia Ronzulli, who used to attend European Parliament sessions with her toddler.


The news was spread on several websites and newspapers, but what is noticeable about it is the tendency to praise Suleiman by calling her "the sister of men" (idiomatic expression that means the equal of men). Many women have received the same compliment whether for their strength of character or their achievements in politics, economics, society or humanitarian work.

Historically, the Arabic language also described women as "rajoula” (a feminized adaptation of the word man) and “the sister of Arabs.” Thus; similar expressions appear in the holy testaments, such as "the daughter of Zion" or "the sister of Aaron" to refer to the Virgin Mary.

Arabs used the term “rajoula” to refer to strong women because they believed that the word “woman” cannot convey meanings of strength and might; while trying to adapt the word “man” to the linguistic requirements of gender and biological differences between the two sexes by adding a letter in the end. Hence, the term "a sister of men” is also used out of the conviction that women cannot stand independently and achieve things without being someone’s sister or daughter.

This is one of the eternal classifications that see masculinity as strength and femininity as weakness, men as complete and women as incomplete. In the best of circumstances, women should smile if they are told that they are the sisters of men or a woman worth a thousand men.

On the other hand, women who cut their hair short or wear baggy clothes turn into a tomboy rather than a man. There is a wide difference between the word “rajoula” which the Arabs use to praise women and the term “mostarjela” (tomboy) which is meant to highlight acts of fakeness and pretending. Exhibiting masculine characteristics in our societies is subject to strange criteria, as women are required to imitate men when it comes to courage and strength, not by having short haircuts!

However, a woman who is known as the "sister of men" can turn in a second to a "tomboy" and a "harlot", when she uses her power in a way that harms male interests in society and threatens the prevailing pattern of flat concepts, which signify that masculinity is synonymous to magnanimity, chivalry and strength, while femininity must submit at the end to a fate of weakness, submission, and accepting to be crushed under men’s ego.

While women have been recurrently referred to in ancient mythology as the source of strength, fertility and inspiration, Arab and non-Arab societies have fallen backward at many eras to label women as weak creatures who manage sometimes to be just "the sisters of men."

The patriarchal powers have fought women in trousers for more than 200 years, considering them as violators of the prevailing laws and the safety and stability they constitute for the phallocentric system managing states and societies. The trousers on women's bodies were considered as a fake and rejected imitation of men, the kings of the world and the origin of everything.

In the nineteenth century, with the height of the romantic era in France, Aurore Dupin admired the gatherings of writers and thinkers in Paris, but this was not permissible for women. So Dupin turned into George Sand, who was born in 1802 to a Swedish-German family that settled in France. Dupin managed to join the meetings of male literary figures with her short hair and men's hat and trousers, which was a real shock to her generation. Aurore Dupin or George Sand was one the outstanding women that the late Lebanese writer Emily Nasrallah immortalized in her Pioneer Women (Nisaa' Ra'idat).

The short haircut for women is called "à la garçonne" in French, as the word "garçon" means a boy, and the phrase means imitating a boy.

It appears that resisting male power was only possible by imitating men, entering their fields and wearing their trousers. Hence, the male response to that was by considering the successful or strong woman as a mere "sister of men" or a "tomboy".

In recent years, the trousers dilemma has re-emerged in the regions controlled by ISIS, as women were banned from wearing pants and forced to wear the black Niqab, in a new attempt to wipe out women’s presence and suppress them. The same pattern is reduplicated now in the Houthi controlled areas in Yemen, with women being prevented from working and learning and compelled to abide by the Islamic dress code.

As for the women who participated in the fighting in the Kurdish regions or other Syrian regions, and carried weapons and wore the uniform of warriors, they were classified by those who supported their factions or their party, as "the sisters of men'', while they were considered by the enemies as "tomboys" and "whores.”

On the other hand, men are considered men as long as they fight with cold hearts and tearless eyes, otherwise they will be degraded directly and become "sissy", "cry like women", "fear like women", or "babble like women."

Patriarchal societies are now facing an enormous number of "sisters of men," the women who have entered politics and economy and become breadwinners for their families as well as pioneers in their fields. It is a big problem in deed. I fear that men will not be able to label all those wonderful women, with the expression "sisters of men", and they will soon have to get used to it, just as they unwillingly accepted to normalize with trousers on women's bodies and short haircuts on their heads.