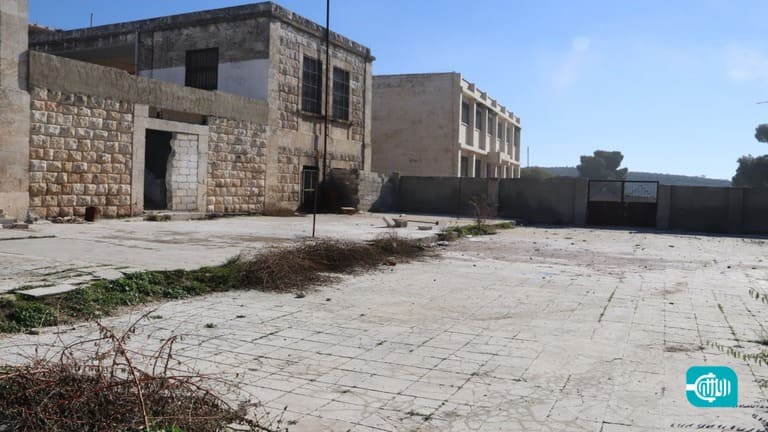 The people of Kafr Takharim, northwest of Idlib, were surprised when the Syrian Salvation Government rented a public educational institution in the city to turn it to a private school that requires an enrolment fee, despite all the hardships the people of the region, and in northern Syria generally, endure, which makes education beyond the reach a of many.


80 Turkish liras is the enrolment fee for each student in the old Kaf Al-Tayyar School (Kafr Takharim), after it was leased for $200 per month by the school complex in Harim, associated with the Salvation Government operating in Idlib governorate, which led to sparking a wave of anger among the city population.

The school complex considered that 80 Turkish liras is an acceptable and encouraging school tuition compared to the enrolment fees of private schools in Harim, which amounts to 250 Turkish liras.

How was it rented?

The news came as a surprise to the people of Kafr Takharim, as they criticized changing the public school into a private one and wondered why the decision was not announced so that the city residents would know.

Mustafa, a resident of Kafr Takharim, told Rozana that “people were waiting for the local council to take over in order to relieve the pressure on other schools, but they were surprised that after handing the facility over to the Education Directorate, it was rented for $200 a month, over the next three years, in addition to charging the school complex $8000 for the restoration work necessary to turn the school into a private one."

He continued: "The decision was implemented discreetly and without issuing a notice for rent or a tender, which goes against transparency principles, bearing in mind that the school was previously restored by a medical organization, in addition to the fact that people expressed their categorical rejection of converting public schools into private ones."

As for Hisham, a local of Kafr Takharim, he believes that "the school is public property, which means that before renting it, a tender must be announced so as to specify the conditions and details of the lease and open the door for everyone to bid, within the limits of legitimate and legal procedures."

In August, last year, the Assistance Coordination Unit (ACU) issued a report on the state of education during the years 2019 and 2020, indicating that 1.5 million children in north-western Syria have no access to education, out of which 51 percent are not attending classes and work to support their families. Thus, 9 percent of this category works in jobs that require physical effort and pose a threat to their lives, while the other 63 percent perform activities that require physical effort but do not jeopardize their lives.

The school is out of service

The school complex supervisor in Harim, Fahad Thaalab, responded to criticism by stating that the school was originally out of service and used as a healthcare centre.

Thaaleb told Rozana that "the school has been shut down for 10 years, and it is a public building used by the local council, which gave it to the College of Dentistry and then to Violet Organization, which in turn hand it over it to the Union of Medical Care and Relief Organisations (UOSSM)."

He added that they, as a school complex, demanded emptying the school for the Ministry of Education to take it again so that the facility would not be used by any other party for other purposes than providing educational services. Hence, the authorities responded to this demand in the middle of the school year.

Thaaleb justified renting the school by saying that it is located in a remote area, therefore there is no need for building new schools there, explaining that "next to the old school, there is another educational facility composed of two departments, the second of which contains two empty classrooms.

He also indicated that "someone offered to restore the building and turn it to a private school as an investment, and contrary to some claims that the building was restored by the medical organization, we have photos proving that the building needs extensive repairing work. In fact, only two classrooms out of eight were restored and the building altered into a quarantine centre, not a school.” 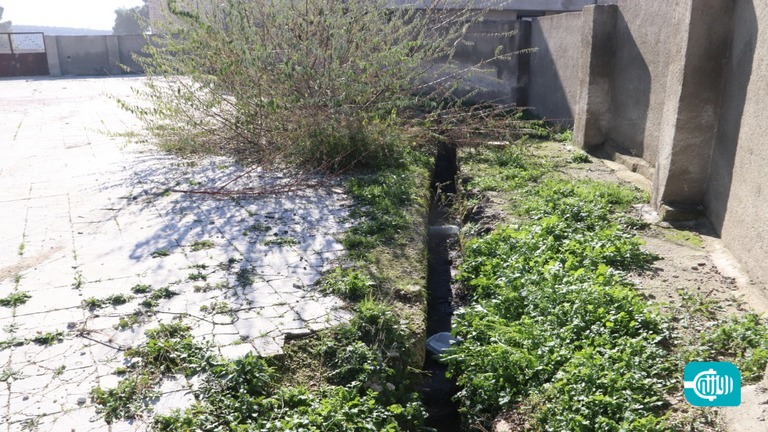 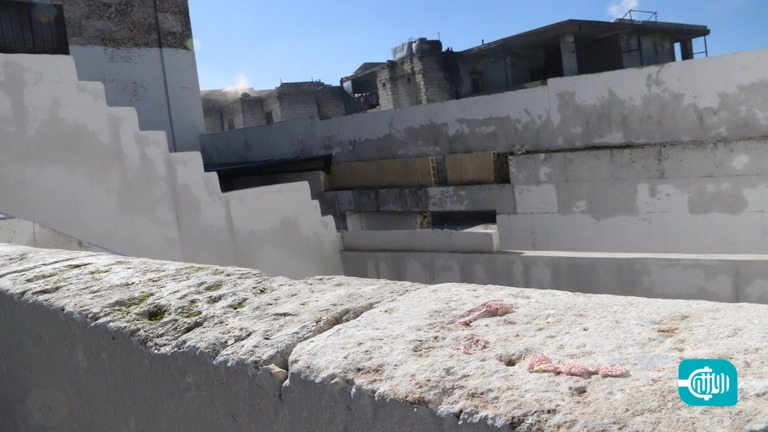 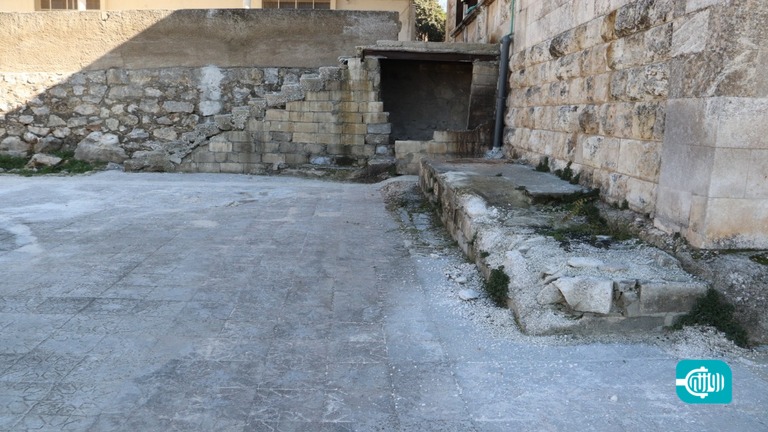 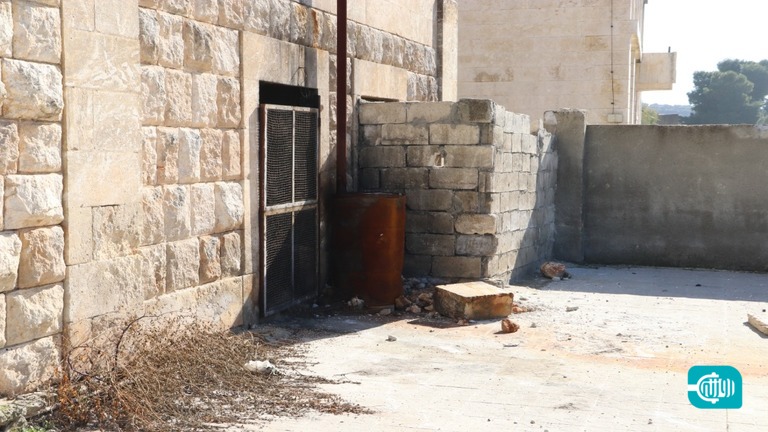 Regarding the criticisms for renting the school, Thaaleb asserted that "some people have personal reasons to reject the presence of the school complex in the area, including the administration’s refusal to hire them (or their children) as teachers, and other individuals want to open private schools, but they were hindered by the competitive prices we offer.”

According to the ACU, the air forces have destroyed 242 schools, in addition to 61 schools that were torn down by the regime’s heavy artillery. Hence, students in the area have to deal with the absence of safety standards in 44 percent of operating schools, as 12 percent of educational facilities need toilets, 11 percent do not include drinking water and 34 percent of the other schools cannot secure enough water to cover the needs of its students.

This is not the first time the Harim school complex rents a school to turn it into a private facility, as it rented a neglected and abandoned public school in Salqin, northwest of Idlib two months ago from an organization, and paid $17,000 $ to repair the damages that occurred when the school was used to accommodate refugees during the displacement wave that the governorate witnessed.

According to Thaaleb, a kindergarten and a school for outstanding students had been opened in the area, and the rent money goes to the volunteers, especially after the suspension of financial support directed to employees, in addition to the fact that the equipment will be donated to the school after the end of the lease contract.

People in Idlib governorate complain about their inability to find places for their children in public schools, the increasing number of private schools at the expense of public facilities, and converting many schools into relief centres.

Education in Idlib and northern Syria in general faces critical challenges, most notably the coronavirus pandemic, as students still attend classes despite the spread of the virus.

Other schools lack financial support, as many teachers are volunteering, in addition to the scarcity of textbooks in the camps.

The United Nations International Children's Emergency Fund (UNICEF) said in a statement that more than half of the children in Syria are still deprived of education after nearly 10 years of war.

The statement indicated that there are more than 2.4 million children in Syria who are not enrolled in school, 40 percent of whom are girls, pointing out that the education system in Syria suffers from the lack of funding, disintegration and the inability to provide safe, fair and sustainable services to millions of children.