The Regime is Unable to Buy oil.. and Iran Weighs Options Between Damascus and Caracas 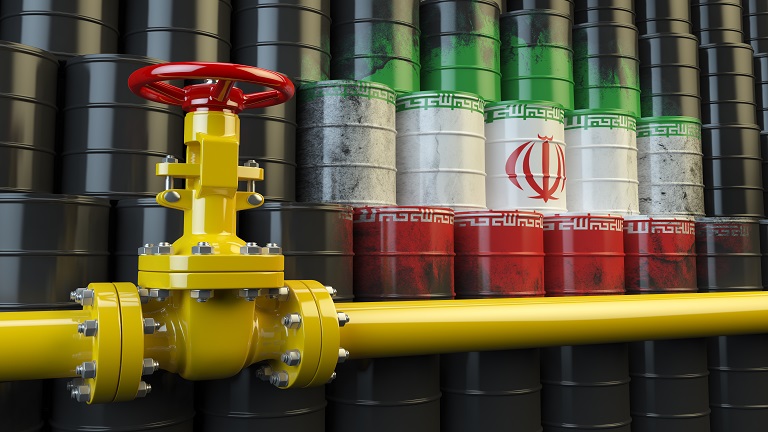 The Syrian regime is facing a suffocating oil crisis in light of the economic sanctions imposed on it, and the scarcity of foreign exchange, especially in the fuel sector, while the Iranian ally demands dues of its military intervention in the country amounting to $40 billion. Thus, the costs of Syrian payments to the Iranian credit line did not exceed more than $7 billion.


As a severe fuel crisis hit the regime’s areas, and with the onset of winter, many of the regime’s officials are waiting for Tehran supplies of fuel. For that purpose, the new Syrian regime’s Foreign Minister, Faisal al-Miqdad, visited Tehran in hope of securing some oil for the regime. However, Iran’s crashing economy has recently begun, as confirmed to Rozana by the Middle East Institute researcher, Dr Karam Shiaar, to influence its ability to support the Syrian regime economically, not only with oil, but in other fields as well.

Any observer of the Iranian policies vis à vis the international policy today can predict that Tehran will reduce its support for the Syrian regime, hoping to make a deal with the US President-elect Joe Biden.

Shiaar indicated that the Iranian supply of fuel to the Syrian regime during the past ten years has gone through several stages of ups and downs due to factors related to western sanctions and the Syrian-Iranian consensus on several geopolitical and economic files.

He added: "On average, I think that Iran has delivered between 60,000 and 80,000 barrels of oil per day to the Syrian regime over the past five years."

He pointed out that according to the shipment movement of oil tankers during the past month, it is estimated that Syria has received approximately the daily average during the past years after a decrease during the period between September and November of this year, which coincided with the maintenance of the Baniyas Refinery, leading to a fuel crisis in most the regime-controlled areas.

Shiaar confirmed that the regime obtained an average of 25,000 barrels per day of crude oil in the Badia fields in addition to unconfirmed quantities that were smuggled from the areas of the Syrian Democratic Forces (SDF), noting: "I rule out that the quantity exceeded 20,000 barrels per day."

In response to some press reports claiming that Tehran replaced the Syrian regime with Venezuela in order to export oil, Shiaar indicated that Tehran has enough oil to supply both Syria and Venezuela, adding that "Iran encountered difficulties to find markets to sell its oil with regard to the lack of buyers, and not the other way around."

The expert emphasized at the same time that the Syrian regime is facing primarily a crisis of fuel financing the import of crude or refined oil and not a supply crisis.

Shiaar asserted that the Syrian regime is gradually lifting subsidies on fuel to alleviate the crisis of foreign exchange, noting that the root of the economic impasse afflicting the Syrian regime lies in the fact that revenues of foreign exchange are less than what is spent due to the years-long deficit in the balance of payments, as the scarcity of foreign currency explains most of the regime’s recent crises, starting with fuel and ending with bread.

Furthermore, Tehran, which is considered the most prominent ally of the Syrian regime, has tried since the start of the Syrian revolution to supply the regime with all means of life, starting with funds and mercenaries, to weapons and oil and finally food commodities after opening a credit line between

Tehran and Damascus to supply the capital’s markets with the scarce goods, although the products violate the minimum standards of quality.
However, Shiaar believed that the Iranian credit line to Syria is nothing more than a cover for the costs of the real Iranian intervention in Syria, whilst the highest estimate of the credit line with Iran does not exceed $7 billion, the cost of Iranian intervention in the country exceeds $40 billion.

The Iranian political oppositionist and director of opposition website Amad News, Masoud Tehrani, confirmed to Rozana that after the imposition of a policy of maximum pressure on Tehran by Trump’s administration, the Iranian regime's access to its financial resources has dramatically decreased, hence, the Iranians tried to end this impasse by finding other options, including exporting fuel to Venezuela.

Tehrani pointed out that the Iranian regime started weighing options between the Syrian regime and Venezuela, as Tehran considers Syria an advanced base set for it to confront Israel, while Venezuela’s proximity to the borders of the United States is also an important asset.

According to Tehrani, the Iranian regime is showing reluctance to choose between Syria and Venezuela, so it attempts to maintain all its allies."
He noted that the Iranian regime is responsible for financing the entities under its protection, because like Hezbollah, the Syrian regime, needs large financial resources to survive.

The Syrian regime is facing today perhaps one of its most difficult periods since its inception 50 years ago. There are no financial resources for its continuity and it has no friends that can support it for free. Will the regime remove subsidies on food and fuel, which will lead to outbreak of a revolution of the hungry, or will Bashar al-Assad maintain the policy of mortgaging the country to its allies in exchange for support to remain president of a hungry people?