Iraqi Kurdistan: Work and Love on the Wake of "Covid-19" 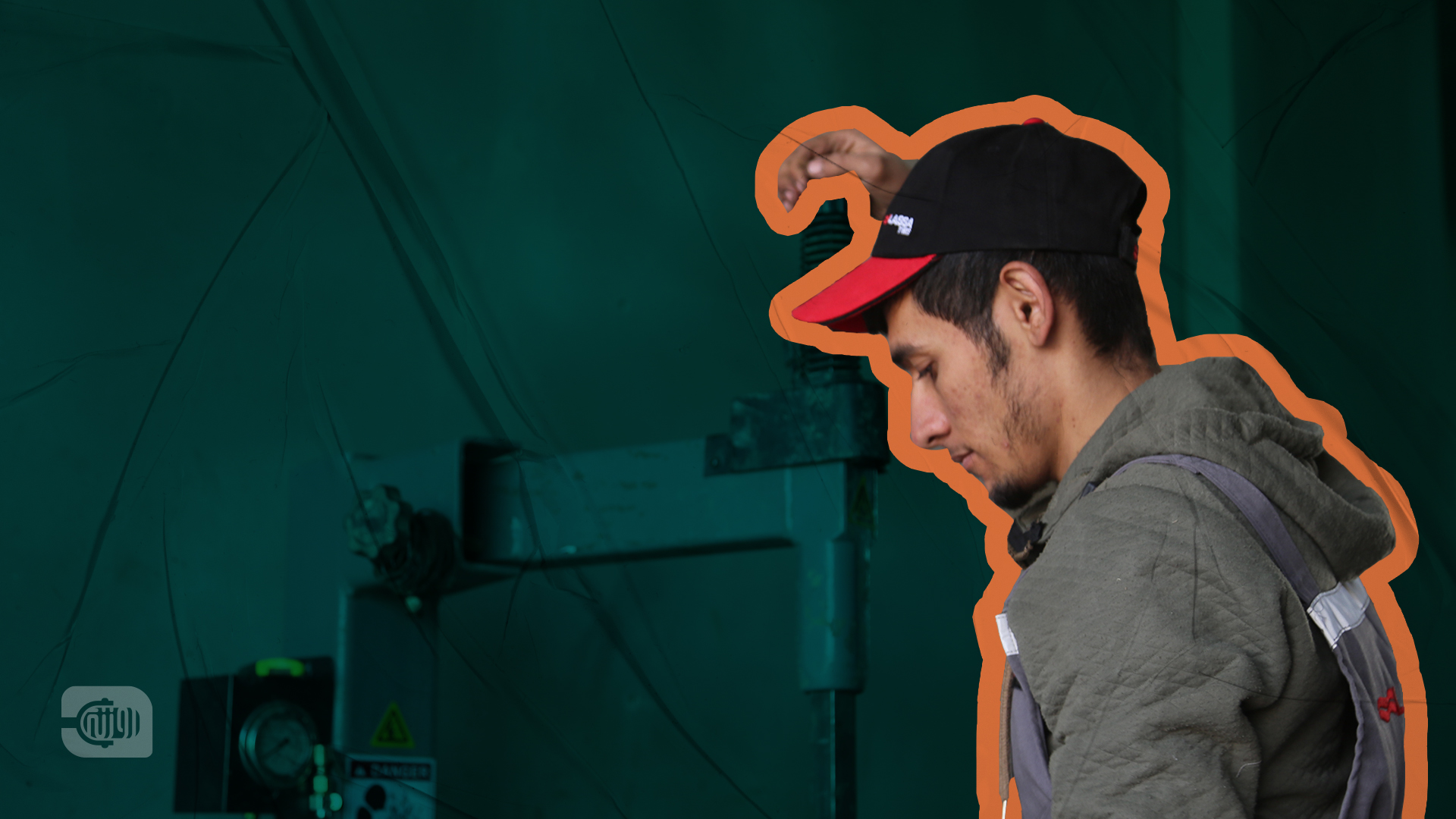 Dreaming of a better life, Raman (23 years old) left his town in the summer of 2017  for Iraqi Kurdistan. He bid his parents farewell, who allowed him to leave after he insisted, and to his girlfriend in the hope of returning with enough money for them to be able to get married.


Before he left, the young man who lived in Qamishli used to work with his father on harvesting cumin, “My father is a merchant of agricultural raw materials who buys cumin and wheat from farmers and sells it to merchants,” says Raman.

The returns of this seasonal work used to be enough to cover the family’s expenses before the economic situation deteriorated with the decline of the Syrian pound exchange rate against the dollar, and the rise in commodity prices.

“We only work during the harvest season, the summer season,” adds Roman, “and we earn 25,000 Syrian pounds ($ 63) from each harvest every day. However, with the decline of the Syrian pound’s exchange rate and the rise in prices, the returns were no longer enough, and searching for a full-time job became essential.”

Therefore, Raman contacted his cousin, a resident of Erbil, the capital of the Kurdistan region, who told him he could find a permanent job for him.

“When I mentioned the idea of traveling abroad to my family, they strongly rejected it. Until the day I left for Kurdistan, my mom kept asking me to let go of the idea. But we could hardly make ends meet, and we had no other choice,” recalls Roman.

Raman contacted a smuggler and they agreed he would take Raman to Erbil for $ 400. "We agreed that I would pay 200 dollars before leaving and the same after he gets me there."

It was a rough and perilous journey, as he told us: “I came out to the road in the morning with another 24 persons. A car took us to a border village. In some areas, we had to walk while the car followed us to take us to another place, we went like that for five days until we arrived at Erbil.”

According to a report issued in September 2020 by the UNHCR in Iraq, there are about 250,000 Syrian refugees in Kurdistan.
More than 16,000 of them took refuge in October 2019, following the Turkish military operation called “Operation Peace Spring” .

At the Masonry Oven

One day after his arrival, Raman found a job, “I arrived at Erbil and slept in my cousin’s house the first night. The next morning, I started working at a masonry oven,” he adds, “I earned a daily wage of 20,000 Iraqi dinars (12 dollars), in addition to free accommodation in a room attached to the oven.”

The young man bought a bed for the empty room, a closet, a T.V, and an air conditioner to endure the hot summer temperatures.

Raman worked too much and spent too little money to be able to help his family in Qamishli, “I used to work from 5.30 a.m to 1 p.m and from 4 p.m to 11 p.m. I only spent money to buy food so I could save 500 dollars every three months and send them to my father.”

After three years of working at the masonry oven, Raman decided to save for getting married to his girlfriend who has been waiting for him in Syria, and here came the Coronavirus epidemic that“crashed his dream,” as he put it.

On March 6, 2020, the first Coronavirus case was recorded in Erbil, days after its appearance in the region, and that is when the authorities imposed strict measures to confront the epidemic, including a general curfew applied at short intervals.

These measures affected Raman’s job, “The oven now closes at 6 p.m because of the curfew, the number of work hours declined, and my daily wage was reduced to 15,000 dinars (9 dollars). However, the employer promised to raise it if things got better.”

In July, Raman decided to embark on a new adventure when his friend told him about a guy who grants job vacancies with rewarding salaries for an amount of money.

“I got excited and decided to pay the money for the guy who told us he was an engineer hoping things would get better. I paid 60,000 dinars (36 dollars) but the guy turned out to be a swindler who had stolen the money, and I went after him for ten days but he got off scot-free.”

After Raman lost his savings, and the wage he was paid was no longer enough to meet his needs, he decided to return to Syria, 15 days after the fraud.

Raman said: “ I went back to Syria empty-handed, with nothing but the fare with me.”

Since he returned to Qamishli, he has been working in a tire repair shop owned by one of his relatives,  he earns 200,000 Syrian pounds a month ($ 75), a salary that does not provide an opportunity to save for marriage, he said, "The situation is very difficult."

UNHCR media official, Rasheed Hussein, told Rozana Radio on 07/06/2020, that "500 Syrian refugees in Dohuk governorate registered their names with the UNHCR for voluntary return to Syria after the regional government decided to open the Fishkhabour border crossing with Syria."

Media reports indicated that the number of refugees who returned to Syria since the outbreak of the "Coronavirus" crisis in the Kurdistan Region, especially in light of the economic crisis that it has been suffering since the beginning of this year, has reached 850 Syrian refugees.

This survey was conducted with the support of the International Media Support Organisation (IMS) and in cooperation with Rozana Media Organisation, the Yemeni platform khuyut and the Lebanese website Daraj.