Syrian Children Face the War Atrocities with Sacrifice and Perseverance 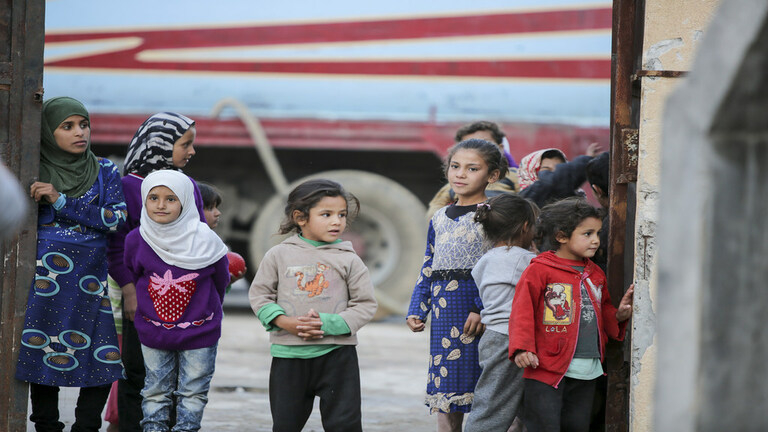 In early 2020, the Independent International Commission of Inquiry on the Syrian Arab Republic (IICI Syria) issued a report entitled: They have erased the dreams of my children, which discusses the war violations of the basic rights of children, including killing, maiming, injuring, orphaning, deprivation of education and bearing the burden of violence committed by the conflicting parties, in addition to the displacement of more than five million children inside and outside Syria.


Children in Syria have been deprived of their childhoods and forced to participate in the war. They are suffering from numerous violations of their rights committed by all the parties to the conflict, while they continue to be severely exposed to violence and abuse, according to the report.

During wars examples of sacrifice and excellence tend to emerge despite the atrocities and barbaric effects of armed conflicts. In the Syrian war, the pain of children has been paired with glorious icons such as “the Cinderella of camps”, “the king of mathematics” in Turkey, the seller of chips in Hasakah, and the little girl Reham, who sacrificed her life to save her baby sister Touka.

Many Syrian children have engraved their photos and names in the Syrian collective memory, for each child has a memory and a story. Some of them came to be known by their sacrifices and suffering during the war, and others became famous by excelling in Syria and other countries.

Likewise, inside Syria, whether in the regime controlled-areas or opposition areas, there are many stories of children who did not get to enjoy their childhood, as the circumstances and experiences of war were too harsh for them to endure.

Sumer. Y, a young director based in Damascus who has been working on a film documenting the lives of those children for the past two years, said: "During this period, I built an affectionate relationship with the children, but every shooting day, I feel as if a one child of them loses the spark."

Sumer added that by observing the lives of Syrian children affected by the war, we tend to witness the rise of a hybrid generations.

"Oppression, marginalization and neglect as well as poverty are the reasons for raising a generation of dead children” said Sumer.

Children carrying bags equal to their weight sometimes are lost in the buildings’ stairs, while bearing the "rudeness'' of housewives and shopkeepers, and dealing with people’s cheapness and pity sometimes.

Ola. B. (a journalist living in Damascus) told Rozana: “I always ask myself how are the mothers of those children who work in markets. Are they alive? What is the state of the working child’s family?  In what way society becomes accountable if one of those youngsters gets molested.”

Nour. H., a psychologist and cognitive behavioural therapist for children and adolescents told Rozana when she was asked about her evaluation of the grey answers provided by some children: “We are noticing that the number of children who commit suicide has increased, as the most affected groups during war are children. However, most of the children in Damascus have not witnessed battles directly, but head voices or stories or saw pictures of what is happening, and this has a great effect in the long term as it leads to the emergence of children with anxious characters who are indifferent about their lives.”

Sumer talked about his documentary saying: "There are thousands of children inside the capital who cannot escape or leave, and the world knows nothing about them", adding that the material he is filming will stand as an identification card for every child no one speaks about.

The young director expressed a sense of pessimism regarding the future of those children and the country in general.

At the end of 2018, the Syrian Network for Human Rights (SNHR) issued a report documenting the killing of at least 28,226 children since the start of the Syrian war in 2011.

The SNHR confirmed that three million children inside Syria dropped out of school due to their inability to enrol in education facilities, as 1173 schools and 29 kindergartens have been destroyed and shut down.