Beirut explosion: a Syrian initiative to save those who have been forgotten by the aid community 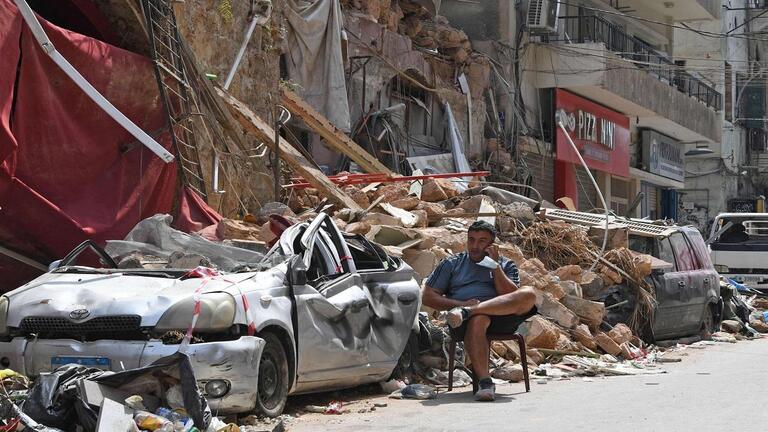 In the midst of what happened in Beirut after the explosion of August 4 that resulted in a large number of casualties, in addition to the injured and displaced, it was obvious that the Lebanese state was completely absent.


The damaged streets were filled with volunteers, associations and individual initiatives, and young men and women carried brooms to clean their city and soothe its wounds, help the needy, provide food and medical care, and contribute to restoration work.

However, the situation was fraught with chaos due to the lack of the state and official bodies. Some forms of discrimination emerged while providing aid, as there were affected families who did not receive assistance because they were of Syrian, Palestinian or other nationalities, and some initiatives focused only on the Lebanese.

Read also: She Left Her Games and Traveled ... Bisan Taybati is one of the Victims of the Beirut Explosion

While many tried to benefit from the aid that reached Beirut from all sides, they turned to the aid tents to get "food" or something else, even though they were not among the affected people.

This unfair reality prompted the young woman Khadija Yarkas and other young Lebanese and Syrian men and women to provide assistance to those who were not covered by aid, especially Syrian and Palestinian refugees and others, in addition to the Lebanese.

"We noticed this sense of discrimination when we went to help our people in Beirut, so we decided to launch an initiative (beirut survivors) to reach these people who were forgotten and to try to provide them with help," Khadija told Rozana.

She added: "The explosion has affected everyone, not just one nationality. We are 7 young men and women and we work with 15 other  volunteers who can help us. We have started to provide psychological, medical and nutritional assistance, depending on our abilities."

Talking about the difficulties, she says: "We are struggling to get financial support, no one is helping us yet, we are trying to provide money on our own. We are covering the areas of Karantina, Nabaa and Bourj Hammoud, and of course we have difficulties to register the association because we are Syrian. We are facing difficulties when moving around, especially since we are not welcomed wherever we go."

Khadija and her friends have prepared a list of that  the names of those who have been neglected by the aid, and they continue to search for them despite the difficulties, dire financial conditions and lack of funding.

Khadija and her Syrian and Lebanese friends decided to alleviate Beirut's pain in their own way, to treat the wounds no one cared about and to draw a smile on the faces of the injured.

The 2750 tons of ammonium nitrate, which were located in the No. 12 district of the port of Beirut, exploded in the city center, on August 4th, affecting residents, their workplaces, homes, schools and universities.

Syrian refugee families in Lebanon endured much of the grief and pain following the port disaster, as a third of the victims of the terrible explosion were Syrians working in the port or around it. Lebanese official figures indicate 171 dead, 60 missing and about 6,000 injured, many of whom suffered serious injuries and needed specific surgeries, and the number of Syrian victims reached 43, according to the Syrian regime's embassy in Beirut.