She Left Her Games and Traveled ... Bisan Taybati is one of the Victims of the Beirut Explosion 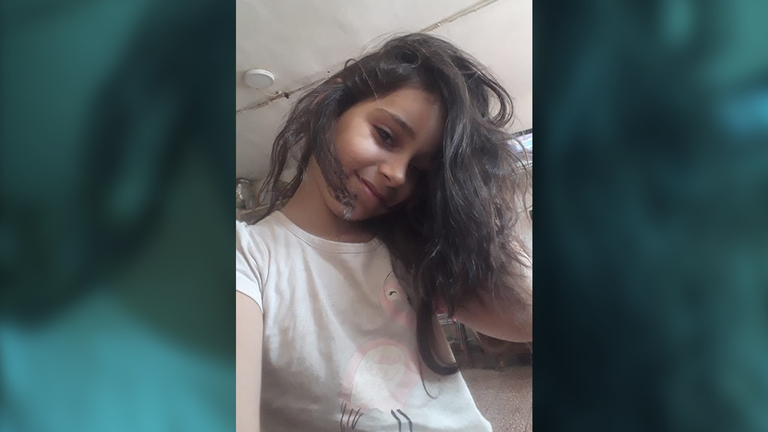 Bisan is one of the victims of the bombing that occurred in the port of Beirut on the evening of 4 August 2020. Her only guilt was that her home was near that deadly nuclear bomb, which swept away stories, faces and names.


Samer Taybati, 35, is Bisan’s father and he is grieving. His voice becomes unclear and his words are distorted as he tells the story of his pain and his family. He said: “I came from Latakia in 2000 looking for a better life. Now, Bisan has been stolen from us. What will I, my wife and my son do?”

Samer works in a tire shop near Beirut port. “At 6 o'clock I was fixing a wheel for a client. The explosion broke out. I was trying to protect her. My house was above the store; then I heard my wife screaming and said ‘your daughter was injured’,” he added.

Samer carried his daughter and ran between the crowded hospitals with injured people and blood that fateful night. He was searching for a bed for his injured daughter. Bisan stayed in Clemenceau Hospital for 7 days, following a severe injury to her chest, but she finally decided to fall asleep in a long trip and leave forever.

Samer told Rozana: “We lost Bisan, our home and also my work. Every day we sleep in a place, and no one helped us. I do not know what we will do. My wife also suffers from some pain due to her injury in the bombing. I am trying to repair the house so that we can continue our life. Maybe the house can be replaced, but how do we compensate for the absence of Bisan?”

Many stories are now laying on the roads of Beirut, between Lebanese, Syrians and others who have lost loved ones, a house, a car, a store or a future. The streets of Beirut are full of sad and painful stories.

The 2,750 tons of ammonium nitrate, which was in Ward No.12 in the port of Beirut, exploded in the city center, among people, between their workplaces, their residences, their schools and universities. It is possible to imagine the size and breadth of the tragedy, and these stories will extend their tragedy to many years and possibly generations. Everything before 4 August 2020 will change forever.

According to the Syrian regime’s embassy in Beirut, 43 Syrians were killed in the bombing, which resulted in the death of more than 150 people, and the injury of nearly 5,000 others, in addition to dozens of missing persons.