What do the Dutch People know about Syrian Refugees? (Infographic) 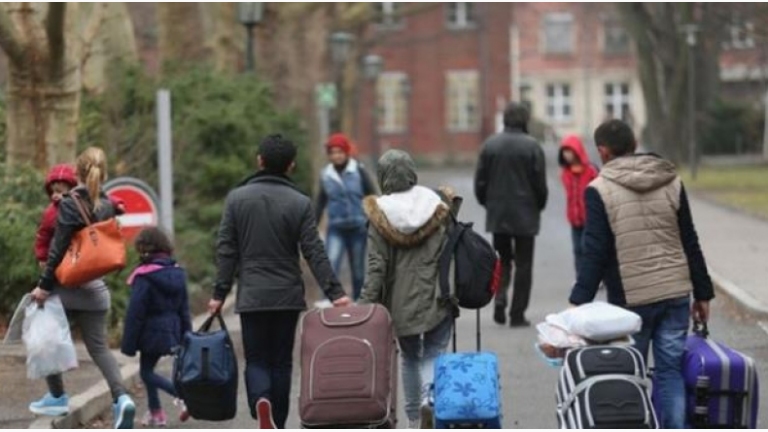 According to a study conducted by the Netherlands Red Cross on how well the Dutch people are familiar with the situation of the Syrian refugees, the Dutch population does not have a clear idea about the sufferings of ​​the refugees and the dilemmas they are facing, while many others have little information about the situation in Syria.


According to the study published by Net In Nederland, 60 per cent of the Dutch find that the Syrians should be assisted in order to return to Syria, while 70 per cent of the survey’s audience believe that Syria is still unsafe for return.

According to the study, more than 60 per cent of the Dutch people think it is better to shelter the refugees in Syria's neighbouring countries, and 98 per cent did not know where the majority of the Syrian refugees are being sheltered.

The survey also showed that 40 per cent of the Dutch believe that the majority of the Syrian refugees are being accommodated in Europe, while most of them are actually being sheltered inside Syria. On the other hand, the study also unveiled that 90 per cent of the Dutch population do not know when the conflict has begun in Syria.

The study indicated that the Dutch are not well informed about the situation in Syria. According to a UN report, issued in March, 2018, during the seven years of war in Syria 6.1 million people were forced to leave their homes inside Syria, while 5.6 million others sought refuge in neighbouring countries.  Thus, these refugees are suffering from life-threatening situations as far as their security, and basic rights or life conditions are concerned, and they are in need of emergency humanitarian assistance. 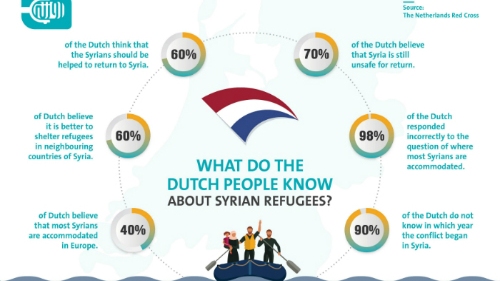 According to Net in Nederland website, the relief organization wanted to show that return is not always easy or even possible, but in many cases it is also very dangerous.; Tthus, “humanitarian hosting in the Netherlands remains necessary,” according to the Red Cross.

The Red Cross produced an interactive video to raise more awareness about the situation of Syrian refugees. In the video, you take the role of the Syrian young man Ismail, who starts the journey of looking for his brother in Turkey, and you face a difficult dilemma. Do you work in Turkey to save money for the family? Or continue to search for your brother?

Video on the following link:

The Dutch Central Bureau of Statistics (CBS) said that the Netherlands received about 16 thousand Syrian people in 2017, which is ten thousand less than the previous year, where the Dutch Immigration and Naturalisation Service announced a decline in the number of requests for asylum submitted to it during 2017 following the Immigration Agreement with Turkey, explaining that it received 31 thousand requests for asylum in 2016, compared to 59 thousand requests in 2015.

Check the infographic at high resolution from here.