90% of Mothers are Suffering from Anxiety: What about you? (Infographic) 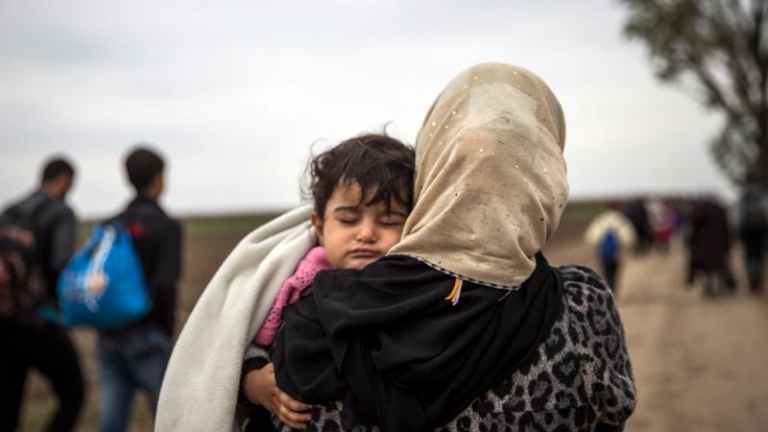 While telling Rozana about her suffering in Turkey, Mouna said: "As a Syrian woman, being a mother is not easy, especially for a working woman who is raising her children without the presence of a husband or a father". She wished that she can have a break to relax for some time and forget the accumulation of life’s heavy burdens.


Mouna, a mother of three teenage girls, who spends most of her time outside the house to secure a living for her family, explained to Rozana: "Time management means a lot of fatigue and exhaustion being torn between work, home and taking care of the girls, due to the length of working hours here in Turkey."

Mouna added: "I do not have enough time to take care of my children, or even take care of myself. I spend all my time at work, which makes me feel extremely tired and exhausted. That is why I feel that I am being unfair to myself and to my children as well, which is deepening my sense of frustration. Sometimes, during weekends, I cannot even have the time to take a bath.”

Mouna stated that she can only sleep for five or six hours per day because of the duties and burdens she has to endure. She needs to wake up daily with her daughters before school in order to check whether they needed anything, in addition to being always present next to her girls who needed permanent supervision by their mother as they have become teenagers now. Such chores are deepening Mouna’s burden and depriving her of the right to enjoy the beautiful side of motherhood, at the same time.

Mouna wishes to take a long vacation and have some rest, even a little bit of relaxation. However, she is afraid to lose her job if she submits such a demand.

According to statistics published by Trusted Clothes on the occasion of Mother's Day, most mothers feel tired most days, as they need more hours of sleep, which affects their ability to take care of their families.

Huda al-Sayed, mother of a one-and-a-half-year-old daughter, told Rozana that she can only have four hours of sleep per day and that she spends most of her time caring for her child and doing house chores like cleaning, washing, and cooking. She confirmed that she cannot find the time for herself to relax.

Mother of Sedra, a mother of four children, including three girls, stressed to Rozana that if she does not take enough sleep and rest, she cannot provide her family with their needs and ensures her role as a mother. "I try as much as I can to take care of myself so that I can take care of my family," she said.

Ghosoun, a mother and teacher, told Rozana that she wakes up to work and sleeps after carrying out her household and children chores. She does not find enough time to rest except on the weekly holiday. For the rest of the week, she is torn between the house and the school, learning sessions of the language of the asylum country, and other tasks. As for sleeping hours, she said that she sleeps six interrupted hours a day, as she is a mother of two children, one of them is three, and the other is five.

The website pointed out that according to the statistics, 29 percent of mothers do not remember the last time they slept for eight hours. Each three of the five mothers consider sleeping as the biggest challenge affecting their families.

Two out of three mothers think bedrooms are not the appropriate place for them to take a rest, while 38 percent of mothers say that they will feel more comfortable sleeping on a new bed, according to the website.

The website added that 19 percent of women say they are thinking of sleeping in different beds than those where they sleep with their husbands because of bed problems.

The website stressed that working mothers need to get more sleep.

The website illustrated the many tasks that women carry out, including "making phone calls, exercising, doing the washing up, cleaning, cooking, washing dishes, buying supplies and toys, caring for children, paying bills, cleaning the floor, practicing yoga, and emptying the trash can."

The Syrian Network for Human Rights said in a statement issued in March 2015 that at least 68 thousand mothers have turned into widows, because of the death or loss of their husbands.

The Network added that, in the countries of asylum, women bear the burden of supporting the family because of the loss of their husbands or sons, or because they remained in Syria. This almost applies to about 25 percent of refugee women.

Check the infographic at high resolution from here.