Women Worldwide do not Eat Enough Food: What about Syrian Women? 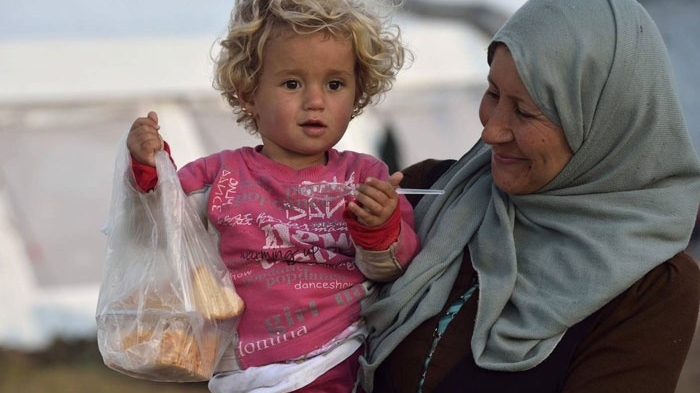 Many Syrian women told Rozana that they cannot take appropriate doses of healthy food for various reasons. Some of these reasons are related to the lack of material resources, and others are linked to the lack of time, in coincidence with the release of statistics in the West about the same topic.

Women's Health published a statistical report entitled Healthy Eating and Women, in which it was confirmed that a certain number of women do not eat the recommended amount of healthy food, and that time is an obstacle to their ability to eat healthy. The article stated that Less than three out of ten women eat the recommended quantity of fruits, vegetables, beans, and fish.

According to the article, women cook 2.5 times more than men, despite the fact that they are increasingly hired to take up paid jobs.

The article indicated that 40 per cent of women said that time presented an obstacle that hindered their ability to eat in a sufficiently healthy way, and that the elevated cost of food was also a major impediment to them.

What about the Syrian women?

Hiba Abdullah, a working woman, told Rozana that she was unable to get healthy food as she had no time to do so during work days, and that she needed starchy food like chocolate to restore her energy during these days.

She pointed out that she often resort to oily fast food due to time constraints and the high cost of healthy food, noting that the reason she can follow a healthy diet only for a limited period is because her work obligations prevent her from carrying on and limit her aptness to embrace healthy eating habits.

Nour Salah, another working Syrian woman, told Rozana that she cannot eat healthy food frequently due to her job constraints. Salah added that it takes time to prepare healthy meals and that the only healthy meals she managed to eat are snacks composed of fruits and vegetables she brings with her to work. She indicated that waking up early for work prevents her from preparing a healthy breakfast as she is supposed to do.

Salah asserted that healthy drinks are hard to get during a work day, pointing out that she compensates for that during her day off.

Salah pointed out that, compared to fast food, healthy food is very expensive. Besides, fat-free milk is more expensive than natural condensed milk, and sugar-free biscuits are too.

"We can rarely afford meat and fresh vegetables now, because they are very expensive. Therefore, we are suffering from a shortage of vitamins, proteins and others," said Umm Imad, a Syrian housewife living in Damascus.

"I and dozens of my neighbors and acquaintances, as well as their children are living in the same conditions," said Umm Ammar.

The Women's Health website noted that women are more prone to iron deficiency than men, attributing this to the female body’s need for nutrient during pregnancy, menstruation, and menopause.

The website stressed that diet rich in vitamins "A - C - E" contributes to reducing the possibility of breast cancer.

It has also highlighted that health and weight should not be confused, for a better diet equals a better mental health.

In July 2014, the UNHCR stated that more than 145,000 Syrian refugee families in Egypt, Lebanon, Iraq and Jordan are relying on women as lone breadwinners fighting for survival, which means that one family out of four is supported by one woman.

The report highlighted that one-third of the women interviewed by UNHCR revealed that they cannot afford enough healthy nutrition.

According to the report, the lack of money is the main problem these women are reportedly suffering from, for most of them struggle to secure food and the purchase of basic life necessities and rent.

Earlier this year a Syrian displaced woman living at Rukban camp located on the Syrian-Jordanian border committed suicide, through burning herself and her three children because she was unable to provide food for her family for days, according to German news agency DPA.

Khaled al-Ali, a spokesman for the civil administration in the camp, pointed out that the prices of food and vegetables are several times higher in the camps than in the regime-held areas. Meanwhile, all the humanitarian organizations providing assistance to the camp residents are absent.