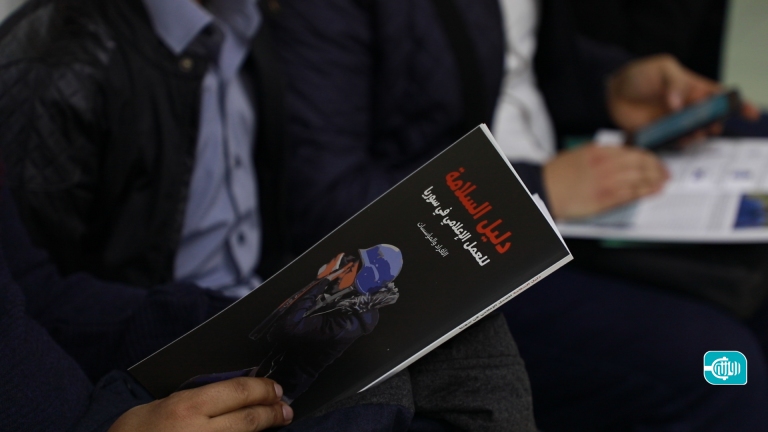 A group of Syrian Media outlets launched "Safety Manual for Syrian Journalists" under the supervision and support of the International Media Support Organization (IMS), during a ceremony held on Saturday evening at the headquarters of Rozana Media Foundation in the Turkish city of Gaziantep.

The handbook tackles ways to ensure Syrian journalists’ safety, for journalism in Syria has become a quite tiring and deadly job.

Speaking about the importance of the "Safety Manual," the safety coordinator at Rozana Foundation and one of the authors of the book stated that "despite the fact that international organizations have previously issued a safety manual for journalists, the Syrian experience on the ground and the consequent risks and threats that journalists have witnessed contributed to issuing this handbook."

The authors of the handbook stated in the introduction that "the Syrian safety team tried to provide evidence through invoking the incidents the Syrian journalists have repeatedly gone through in reality, discarding the caveats and actions lacking feasibility and authenticity."

"Journalists in Syria need this advisory guidelines and instructions to learn how to set plans for journalism. We have witnessed many experiences of many journalists in the past, which were characterized by a sort of recklessness that led to their targeting either through assassination or abduction," said journalist Mazen Abu Tammam.

“Reporters Without Borders” had previously issued the "Safety Guide for Journalists" in cooperation with the United Nations, in response to the risk journalists were subjected to.