Turkey ... Syrian refugee puts his kidney up for sale! 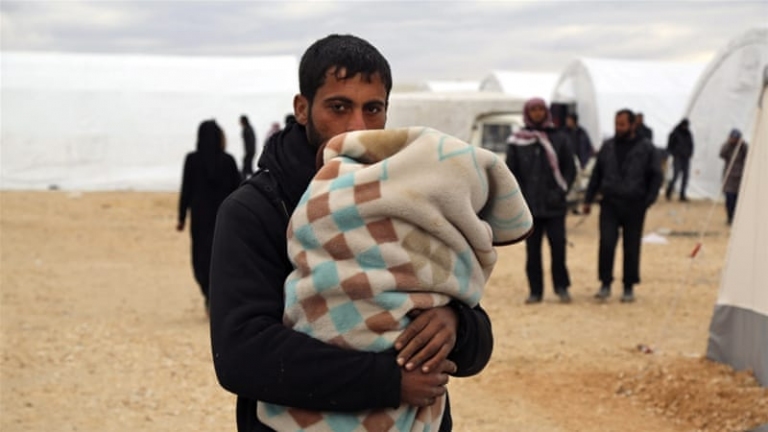 A Syrian refugee who resides in Konya, western Turkey, put his kidney up for sale, citing “his inability to work because of a previous injury in Syria and the refusal of any party to employ him.”

The Syrian refugee Fahad al-Ahmad (pseudonym), 34-year-old, said through a post in groups of Syrians in Turkey on Facebook that "an incident in Syria affected his body and forced him to work intermittently, while he no longer finds work later.”

Al-Ahmad said in his interview with Rozana that the need for food and drink that he and his family have been deprived of for days, in addition to the lack of heating in the extreme cold and his inability to work led him to put his kidney up for sale to support his family, pointing out that he did not work for several months and that he borrows money from his friends and acquaintances to save his livelihood.

Al-Ahmad explained that in 2009, he had a traffic accident that led to fractures in his leg, which made him unable to work like any other natural person. He worked intermittently in Turkish factories and in the construction field, but he is unable to continue working because of his health condition.

The young man pointed to Rozana that he is not familiar with the Turkish law that prohibits trafficking or the sale of human organs, and punishes the perpetrators.

Lawyer Hossam Sarhan, a member of the Syrian Lawyers Association in Turkey, told Rozana that Turkish law, in article (91)  paragraph (6), punishes the person who “announces” the sale of an organ of his body with imprisonment for a maximum of one year, pointing out that the lesson in the penalty is the sale for money.

Sarhan added that Turkish law allows a person to “donate” provided that he is over the age of 18, with two witnesses who testify that he is mentally and physically healthy.

Many Syrians sympathized with him through these groups, and some of them donated coal for heating and winter clothes, while others asked to communicate with him to help him directly, without explaining the type of assistance.

Abdo Abu Habib also asked the same thing on Facebook, saying: “When you know the place tell me (where to sell kidneys) because my story is the same as yours,” while the owner of the account Umm al-Lul advised him to resort to social assistance associations, and Mustapha Haj Mahmoud considered the publication a sophisticated version of “begging,” as he put it.

According to an investigative report of the ARD German television, published in February last year, Syrian refugees in Turkey sell their human organs online, especially through Facebook, in order to live, and most of the customers are wealthy people from Western countries and Saudi Arabia, who usually buy kidneys and liver The price of kidneys may reach 30,000 euros, according to the report.

Turkey hosts around 3.5 million Syrian refugees, and most of them fled the war after the Syrian revolution in 2011. They are living in cities and towns in various parts of the country, most notably “Gaziantep, Hatay, Urfa and Istanbul,” while 250,000 of them live in camps close to Turkish border with Syria, south of the country