Syria: Six Confessions of Victims of Harassment.. and Justice is Absent 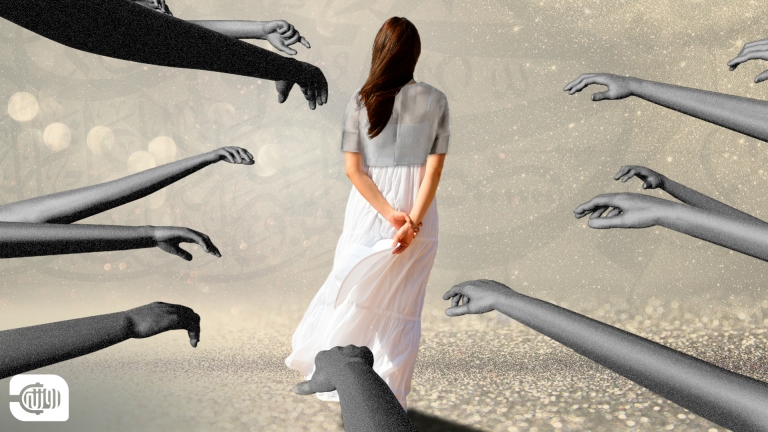 Behaviors that the Syrian women and girls used to confront in different Syrian cities in different environments from people with different scientific and cultural levels ranged from harassment and the expression “may Allah protect you” to groping and reached the point of rape.

Despite the important figures who led the big campaigns in the context of the #MeToo movement, this revolutionary wave against sexual harassment has not been witnessed by the cultural, artistic and scientific circles at different levels, and has not subsequently produced a public movement against the phenomenon of harassment similar to the international movement, except within an individual level with a limited number that could be counted on one hand.

In this investigation, the Rozana Media Foundation worked with the Syrian Women's Network to evoke this issue and monitored stories of Syrian women and girls who revealed their experiences with the reality of harassment in Syria.

According to a survey conducted by the Syrian Women's Network (SWN), 100% of Syrian women between the ages of 18 and 50 were subject to harassed harassment.

The results of the survey showed that harassment is not an emerging phenomenon in Syria, and did not appear in the post-war, but it is an old phenomenon.

The investigation was supported by lawyer Da'ad Musa who spoke about the way the Syrian law deals with incidents of harassment.

In this investigation we review the stories of six girls who for the first time spoke bravely about their terrifying stories, in the framework of the international #MeToo movement.


Rama: harassment in the world of journalism