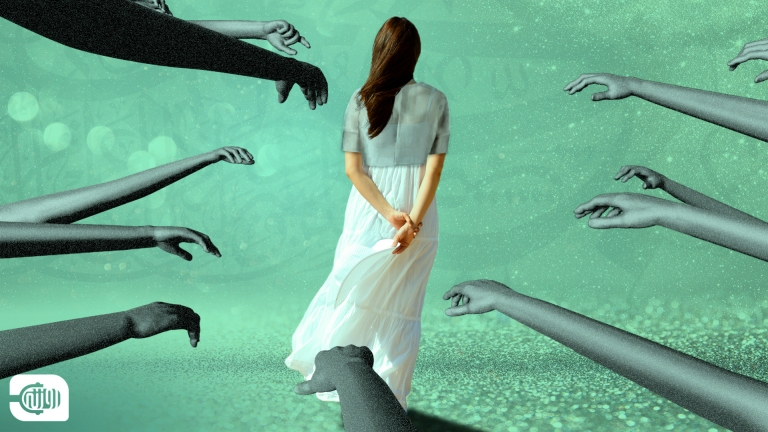 Many children are sexually harassed by relatives; such cases constitute the most undisclosed issues because of their sensitivity and fear of family scandal. The harasser feels more confident in his ability to control the victim and to move more freely within the family environment without raising any doubt.

"My grandmother left the room and he suddenly put his hands between my legs. I felt his fingers pressing me tightly, to a point I screamed in pain. I still up to now hear the sound of his filthy breath and feel disgusted,” this is what Rim told us.
Rim was harassed by her cousin at the age of 12. Although more than 14 years have passed since the incident, she still remembers it in details.

Rim told her story with her cousin who was 29 at that time: "I was wearing a new short dress and I was very happy with it. My cousin came and sat in the guests’ room. I was very social, and used to love playing with everyone. When I came in to say hi to him, he hugged me and gave me a candy. I sat eating the candy and I was happy. He told me ‘come sit on my lap to tell you a story. He suddenly told me ‘let’s see what’s under the dress’."

Rim says that since then she hated her cousin and her new dress, which she did not wear again. She started feeling terrified whenever someone tried to be friendly with her. She became no longer a social child and her mother started always accompanying hear and extremely feared for her.

Rim’s mother warned her at that time to not to sit on anyone’s lap even if it was a relative. "At that time, I knew that what had happened was wrong, and a bad thing. I felt a sense shame when I found my mother crying. She started hating my cousin so much. She did not allow us to meet with him and not even with his family!"

The girl grew up and her fears have similarly grown. She understood what her cousin was trying to do and started to look at him in disgust. She did not even attend his wedding. “I cannot forget the details of the story, even though I'm over 26 years old now," Rim says.

Rim kept the secret between her and her mother, she did not want to expose her cousin just for the sake of her uncle.
The survey conducted by those who prepared this investigation indicated that the rate of harassment women are subjected to at home reached 23 percent.

In Jordan, there had been 1,200 cases of harassment in which children were subjected to "sexual and physical harassment" since 1998 until 2001.

The Lebanese Al-Joumhouria website published official statistics of 2017 issued by the Office of Anti-Human Trafficking and the Preservation of Ethics, warning of a real catastrophe, especially since the figures are rising from a year to another according to statisticians.

A table of the crimes committed against under-aged people, which Al-Joumhouria website took a look at, shows that there were male victims of 11 cases of sexual harassment, three of them were Lebanese children and eight were Syrians.