Rama: Harassment in the world of journalism 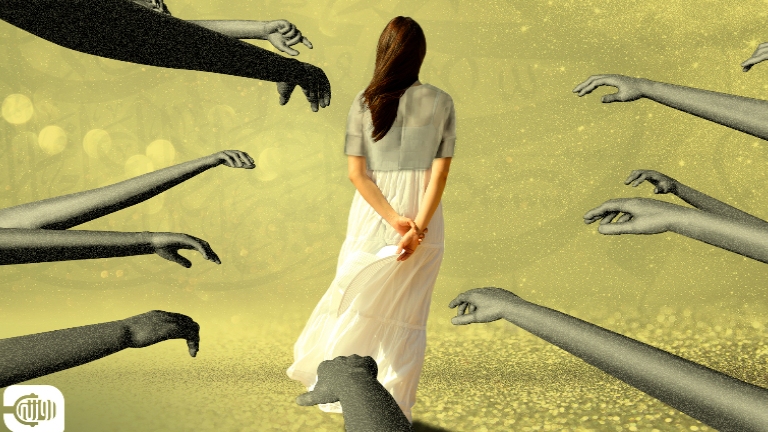 Rama is a young woman in her 20s, who has recently graduated from Media College. She has long dreamed of the world of journalism and the fourth authority that fights corruption and abuses.

However, Rama did not think for a moment that she would have to get out of the office of one of her professors without a return.

This is how Rama started her talk about the incident:“ He attacked me at the door and pressed me to the wall and kissed me.. I pushed him and fled.”
With a voice filled with regret and trembling hands, Rama went on saying: “After graduation, I wanted to be trained by one of the well-known professors. I was happy that he had accepted to train me in his own office, but I never expected that the end would be like that. For a moment, I thought this was not for me, and that I should look for another job in case journalism was like that.”


Rama said: “On the pretext of freedom and open mindedness, the professor asked me to accept expressions like “my love” and “my darling.” When I told him that I was disturbed by the use of such words, he told me “you need to get used; we talk and deal with each other in this way in this domain.”

The girl tried to deal with the story responsibly and to understand the requirements of the media field, as her teacher pointed out.

One day, the girl agreed with her teacher to attend a poetry evening in Damascus, something they had already done together.

Rama entered the office, but found that the cleaning lady had left early. She did not give the subject much importance, because she was often working in the office and carrying out these cultural activities with her teacher.

At this moment, Rama started biting her lips while telling the story: “He told me it's time to go, I took my stuff, and suddenly when we arrived at the door, He pressed me to the wall and attacked me to kiss me, I did not know what to do. I pushed him and fled...I have not returned to that place since that day.”

Rama was caught between the fear of a scandal and the attempt of the “Professor” journalist to convince Rama that what had happened was normal. He kept sending me messages asking me to be mature enough and telling me that such things happen and are normal, but I did not answer his calls nor did I respond to his text messages.

While the trainee journalist was trying to get out of the shock of what had happened to her and regain her balance, Rama's friend was able to bring her back to journalism again after telling her that she was working in a respectable radio station and that she had not been subject to harassment by her boss or colleagues.

Rama is not the only example of harassment at work, but there are many others like her. Jumana, a sewing factory worker is one of them who, nonetheless, managed to defend herself after hitting the director of the factory with an ashtray for his attempt to harass her, and went out without return from her work also.

The lawyer Da’ad Mousa said that “there is no legal protection for women working in labor laws if they are subjected to discrimination, violence, or harassment in the workplace, and there is no legal procedure to punish the perpetrators. The support services are absent from government institutions.”