Farah: My mother made sure I am still virgin.. So there is no problem! 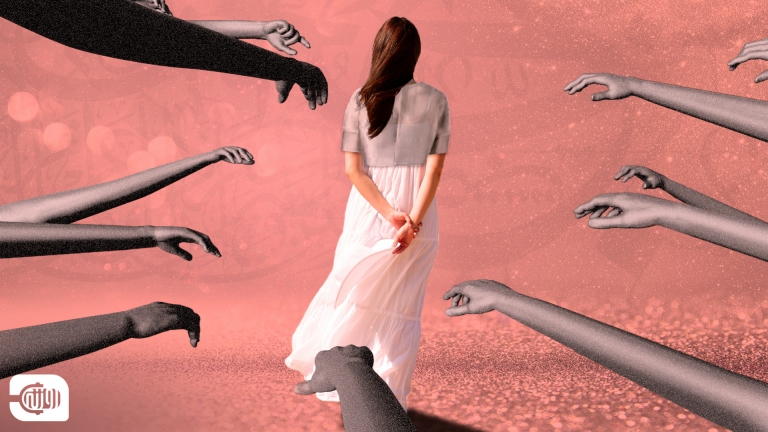 “My mother had a cold-blooded reaction. She took me and examined my body to see if I was a virgin or not!”

Farah was subjected to a repeated sexual assault for three years by a person who works for her family and who was charged with taking care of her when she was alone.

In her family home, the child was left alone. The 30-year-old was asked to take care of her. Farah told her story to Rozana and said: “I was sexually assaulted from the age of seven to the age of 10. I used to push him sometimes and resist him, and suggest that we play other activities, but he completely refused. He used to call me, take off my clothes and sit me down.”

The girl child did not tell anyone at the time, because she was scared. Farah said “I did not know what was going on but I know it was a mistake and I know I do not want it.” She added: “I did not directly tell my parents, but I always refused that he comes and sit me on his lap and I demanded that I stay alone, but of course my family did not listen to me.”

Three years later, the girl knew that her family was sending the same person to look after one of her female relatives, who is younger than her. Farah recounted what happened: “I dared to talk to my mother, but she reacted in cold blood, she took me and examined my body only to check and see whether I was virgin or not. After my mother found out that I was virgin, the person did not continue to work with my family, and no one talked about the subject. They no longer send him to take care of me only.”

Farah sees that she did not complain because she was young. “But if time goes back and if I knew what was happening, I would have complained, of course!”

The relationship of this person with Farah’s family has not cut for a long time, and when she married, he sent her a gift some time earlier.

Though Farah grew up and got married, she was still dominated by the feelings of fear of men. She explained: “When I married, the issue affected me to a large extent, and influenced my acceptance of the sex life with my husband since I was hysterically afraid when he got close to me.”

Farah remembers the details of her story, tells it, and prefers to share it with her friends and relatives to avoid similar incidents that may happen to them or their children, but at the same time she does not want to mention the person in his name and does not want anyone to know him. She said: “I never thought about exposing him, because my parents maintain their relationship with him and there is work between them, and because he has a family and a lot of children now, I think it is not good to expose him at this age.”

Farah blamed her family for what happened to her. She said: “The more I remember the story, the more I hate my family. I think that they were the first responsible for what happened to me, and they committed a mistake when they brought a young man to take care of me! And their reaction was shocking to me.”