The Story Of Susan: Four Migrations And Announced Death 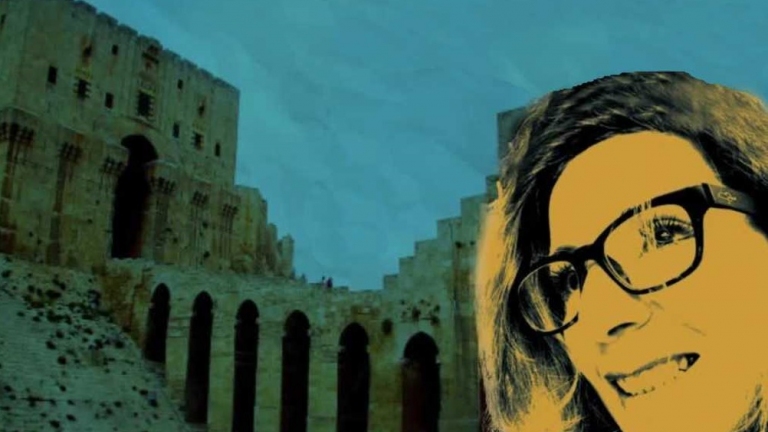 A sniper shot that dissipated the dimness of one of the spring nights in Susan’s house and the quick touch of death made this woman decide to leave Aleppo several years ago.

The forty-year-old woman, who never thought of leaving the city with her four children, spent her days in the past four years traveling between displacement and asylum to escape from the hell of the Syrian slaughter... From Aleppo up to Paris!

Susan's husband refused to leave the country with her, preferring to run his business inside the city of Lattakia, to which he moved to escape the war in Aleppo. Susan left Aleppo at the end of March 2013 and arrived in Europe in 2017, after she risked her and her children’s lives in the sea to reach the beach of “life.”

"I have always refused to leave the country. However, at the end of 2012, things started to get worse, especially when I found out that my older children started going out in demonstrations against the Syrian regime," Susan said.

She insisted that she had faith in the civil revolution. "However, since the Free Syrian Army started spreading in Aleppo, chaos reigned. I was afraid that my children's participation in the demonstrations would make them join armed factions, which was unacceptable to me,” she clarified.

Susan tried to prevent her children from going to universities and schools. Things got worse when her eldest son called for military service, and her decision was: "I do not want my son to be a murderer or killed."

And here started the journey of asylum... racist Beirut

The number of Syrian refugees in the world exceeded five million, according to the United Nations High Commissioner for Refugees. Turkey is at the forefront with the most significant number of Syrian refugees (three million), Followed by Lebanon with more than one million, and Jordan with 657 thousand, According to international estimates in 2016.

Susan thought that she would not stay for a long time in Lebanon. "We left Lebanon and stayed with the family’s friends for six months. However, the security situation was difficult for the Syrians, and the cost of living there was high and very stressful. Therefore, I did not leave the house where I lived except for the necessary needs to avoid any debate or discussion."

In Lebanon, Syrian refugees have been facing the worst situations in the countries of asylum. A racist campaign against them led to the demand that they are expelled from the villages where they lived. The issue of Syrian refugees has become part of Lebanese politicians’ campaigns in passing their electoral programs.

"Mother of the World" (Egypt) was not affectionate.

Before Syria, the revolution of 25 December 2011 broke out in Egypt, which led to the resignation of Egyptian President Hosni Mubarak and the election of President Mohamed Morsi, member of the Muslim Brotherhood movement, in June 2012. With the Gulf States’ tightening of the procedures to obtain the visa, Egypt has become a refuge for Syrians.

Afterward, Susan went to Cairo to settle in a modern city along with her sister, who lives in Egypt. Susan was emotionally and financially exhausted. The costs of flights and the shipping of four people were so expensive. Therefore, Susan started selling her pieces of jewellery that she had possessed for a long time.

The regime changed in Egypt in 2013 after the coup of the Supreme Council of the Armed Forces against President Mohamed Morsi, leading to a change in the general mood. A considerable number of Egyptians who support President Abdel Fattah El-Sisi and former President Hosni Mubarak started considering Syrians as part of the Muslim Brotherhood.

As political conditions changed in Egypt, Syrians became subject to the harassment of the police at the barriers spread along the streets of Cairo. The fate of a Syrian family would be deportation in case it caused any problem.

It was not easy for a woman to live on her own without a husband. Besides, her children’s presence failed to act as a shield to protect her against the judgments and stereotypes of other people. "I heard some Egyptian women saying that Syrian women took away their men. Female neighbors sometimes greet me, but they most often ignore me," said Susan.

Susan painfully recalled one of the tragic stories she had gone through in Egypt, saying: "My eldest son faced a problem when he decided to work in a shop. I was subject to the verbal abuse of his employer, every time I visit him. When I repelled him, he accused my son of robbing him, and a severe argument broke out between the two of them. Despite the intervention of the other shop owners, he filed a complaint to the police and used Intelligence agents to support his position against us.

"Susan broke in tears when she remembered those unforgettable moments and revealed: "The security officer told me that the Egyptian police have the right to shoot any Syrian who causes any problem. I collapsed at that moment and began to cry. I imagined my son while being deported. I left Egypt two weeks after this accident and headed towards Lebanon."

In Turkey... Fellow countrymen did not help.

The last incident decided to leave inevitable. Susan returned to Lebanon, intending to leave to Turkey.

I arrived in the city of Gaziantep in southern Turkey, and I thought it would be the last trip. "We started looking for a job for my older children and me, but since we did not have any professional qualifications, our chances of getting a job were minimal.

Susan and her family did not manage to find a job in this little city. Therefore, she decided to go to Istanbul and tried to work from home. She had to sew buttons for workshops in exchange for a tiny amount that did not exceed 100 Turkish liras.

The difference between nations does not reflect a different perception towards a lone woman.

Susan went on telling her story, and she felt bitter when she recalled the attitude of some individuals who represent the political opposition and how some of them also tried to take advantage of her as a lady. After all, that she has been through, including the lack of money and the dead ends she had to face in every country where she stayed, there was not much room for thinking about staying longer in Turkey.

"I had no room for hesitation, so I decided to travel by sea to Europe. I tried not to think about hesitation, so I would not back down from the decision. The due date of the trip was approaching, and I was thinking: ‘My financial situation was bad and I no longer had enough time or money, and no one was able to help me.’"

"I remember how my Turkish neighbors said goodbye in the Turkish way and sprayed water when I left. One of them asked me to leave the house key so I could find it when I come back, but I told her I wouldn’t," said Susan when she tried to stroll down memory lane.

Susan decided to send her children on different trips, so she won’t lose the whole family in case the boat sank and to make sure that the sea would not devour the entire family. The eldest boys arrived in Germany. Then was the turn of Susan and the rest of the children. The first trip did not succeed because of the deceitful traffickers. Her middle son assumed the responsibility for communicating with the traffickers and taking care of details until the due date has come.

Susan waited for the next trip, and she climbed into the boat and tried to summon her courage to convince her two children that the adventure would not end with death and that there was another life waiting.

Omar, her younger son, insisted on taking the sketchbook and the colors with him, while Susan did not take any of her belongings with her. During the trip, most of the faces were relaxed and enthusiastic at first, but when the boat stopped and began to sink, no one looked at the other people. Everyone was turning his back as if escaping from seeing the fear in the faces of others.

"The smugglers are thieves and crooks. I heard about the sinking boats, but had I seen the smuggling journey before, I would not have taken the decision to travel," said Susan. "We arrived in a remote area in one of the areas of ​​Izmir. The smuggler told us that the boat could accommodate 25 people, but there were 45 people on board. Two people were sitting on top of me in the boat, and I was holding my son for fear of being harmed," she added.

When the "Palm" engine stopped in the middle of the sea, it seemed like it began to drown. There was complete chaos in the boat. The sound of children crying and women wailing dominated the scene at those moments. Some of them started calling for forwarding the coordinates, and others wanted to smoke a cigarette.

I was trying to read the Quran, but I could not complete reading because of the intensity of the horror I experienced. We left the beach with another Palm boat, but it drowned in front of us with all the people onboard. When we arrived in Greece, the ambulance was waiting for their dead bodies at the port. We have been praying and saying, "Oh God !" along the journey, and when I arrived at the Greek island, I started crying hysterically.

Susan claimed: “My husband blamed me for my decision to leave the country because of the security situation. He has refused to talk to me since I arrived in Turkey. Since then, he has not sent money to the children. We have lost contact with him. The first person who received the news of my arrival was my son, who arrived in Germany, and then my brothers in Egypt and America, but my husband contacted my children only.

The Syrians traveled in large numbers to Europe and made about 900,000 asylum applications between April 2011 and October 2016, one-third of which was in Germany and Sweden. Although Susan arrived in Germany and granted the right to asylum, she decided to go to France to be near her younger sister.

France cannot welcome all the misery of the world!

Susan arrived in France, and she is living with her two children in a suburb about 65 kilometers away from Paris in a 40 square meter house. Her children attended school immediately after almost three years of school dropout. 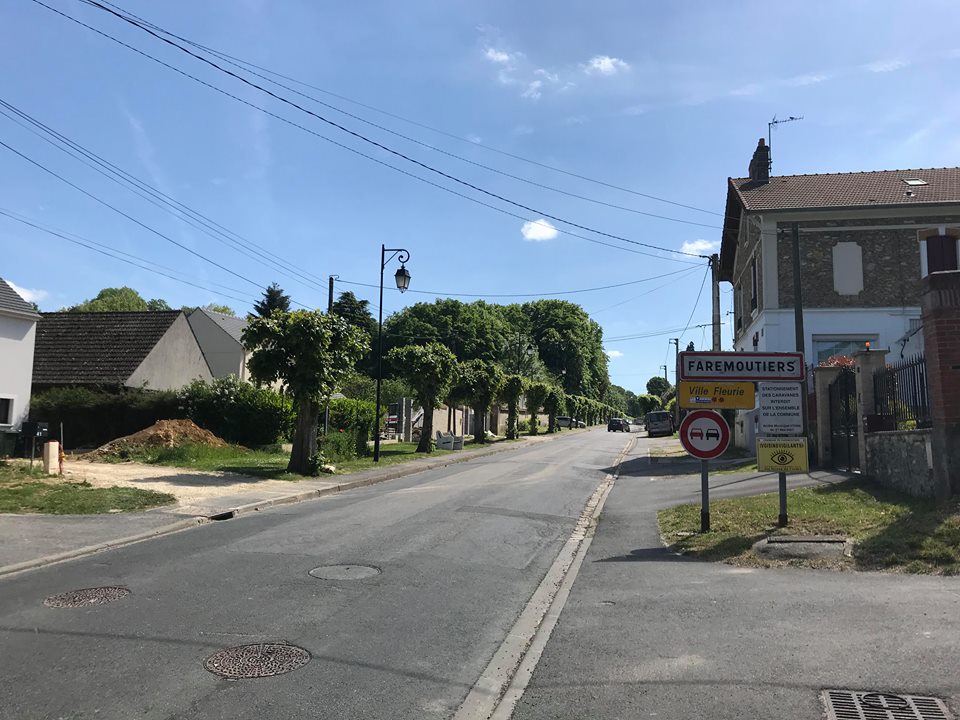 Most refugees kept in mind the statement of former French Prime Minister Michel Rocard that "France cannot welcome "all the misery of the world," while waiting for their unknown future in this country. The number of Syrian refugees in France reached more than 6,000 until 2016, according to the French Office of Refugees and Displaced Persons.

Surprisingly, Susan did not receive asylum but was granted protection for a year and is now applying for a 10-year residency, which costs 269 Euros. After all these years of wandering and waiting for the issuance of the French law on immigration, Susan’s children are wondering today: Is there a new journey coming? Will we leave France too?