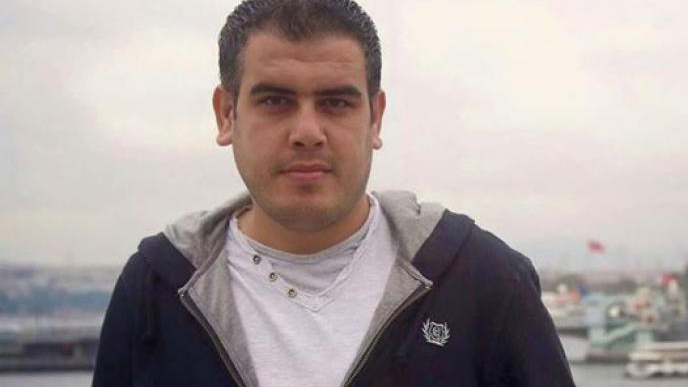 Syrian journalist, Zein al-Rifai, a member of the Aleppo Media Center affiliated with "AFP," was injured on Tuesday in ​​Aleppo in northern Syria, while covering battles between opposition fighters and the forces of the Syrian regime.

Rifai's injury occurred when an artillery shell fell near him while covering the ongoing fighting in the village of Başköy in the Aleppo countryside. He was seriously wounded in the face and legs by shrapnel, and was taken immediately to the field hospital in the city of Aleppo; where the doctors recommended his transfer to Turkey to receive the necessary treatment.

AFP's News Director, Michèle Léridon, said "We are quite worried about Zein's health, and are working with our colleagues to enable him to receive proper medical treatment."

She added that "his valuable ​​and courageous work in Aleppo, has contributed in communiating to AFP's customers the enormity of the human suffering caused by the Syrian conflict. This incident, once again, reminds us of the enormous dangers faced by journalists covering this terrible war."

Rifai's image and video productions distributed by "AFP"—and through it relayed by international media—is not limited to the coverage of battles; it also recounts the details and suffering of Aleppo's inhabitants in a city split in two halves, one controlled by regime forces and another controlled by opposition fighters.

Regime forces have also launched a campaign of heavy shelling on opposition fighters in the countryside north of Aleppo, thereby forcing their retreat.