Why did the executed antiquities scholar choose to stay in Palmyra when ISIS controlled the city? 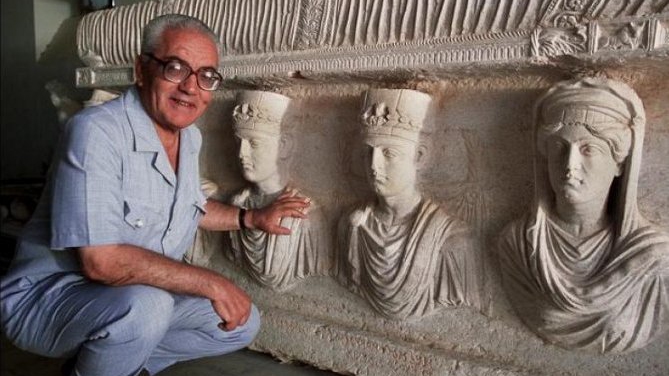 The director of The Association for the Protection of Syrian Archaeology (APSA), Cheikhmous Ali, told Rozana, on Thursday, that antiquities scholar Khaled al Asaad, who was executed by ISIS in Palmyra, has repeatedly refused to leave his controlled city, because he considered this “an escape from responsibility and abandonment of his principles.”

Ali pointed out that “al-Asaad considered the departure of Palmyra after ISIS controlled it an escape and a departure from the responsibility and principles that he believed in.”

He also added that “al-Asaad insisted on staying in Palmyra due to his closeness to his family and in order to protect what could be protected from the effects of the city,” noting that “he was among the most closely related archaeologists to Palmyra.”

Regarding the scholar’s social status, Ali clarified that “al-Asaad is a well-known social figure and he is very respected in his region and in Syria in general; and he is considered one of the important figures in Palmyra.”

Al-Asaad, 81, has worked as director of Palmyra's antiquities for nearly 40 years. He has also published dozens of books and researches in the field of antiquities, and participated in many foreign missions about archeological research.

ISIS slaughtered al-Assad in the city of Palmyra for “dealing with the Syrian regime and representing it in infidel conferences.”

ISIS’s execution of al-Asaad was condemned by the Arab world, as well as the political circles, as the French Foreign Minister considered this as a “barbaric act.”