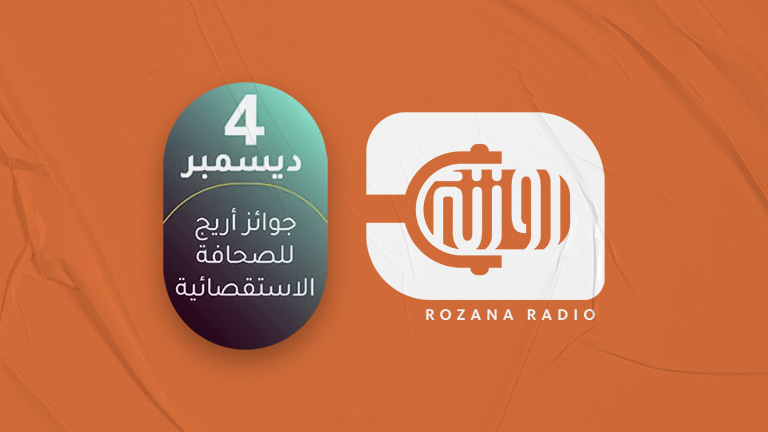 The “Poisoned Land” investigative report published by the Rozana Foundation and prepared by the journalists,Loujeina Haj Youssef and Mais Katt, was put on the shortlist for the prize of "Arab Reporters For Investigative Journalism (ARIJ)" network, as one of the top ten investigative reports nominated to win the ARIJ prizes in its thirteenth version of the year 2022.


The “Poisoned Land” investigative report, nominated for the ARIJ Prize and published on Rozana website, reveals the impact of the war in Syria over the past decade on land within a region that still represents the focus of conflict extending from the countryside of Aleppo to the eastern countryside of Idlib.

It also covers the severe impact of the war on the lives and daily events of civilians. The report tracked and monitored the environmental impact caused by the armed conflict and weapons on agricultural lands, trees and soil in particular.

The “Poisoned Land” investigative report was produced in collaboration with Rozana Foundation and unbiasthenews website, supervised by Wafaa El-Badri, and the illustrations were prepared by Anthony Borali. The reporters are Mahmoud Abu Ras and Abdelghani El-Erian, the fact-checker Mohamed Bassiki, and it was edited into Arabic by Pascal Soma.