Rozana Signs a Memorandum of Understanding With "The Day After" Organization 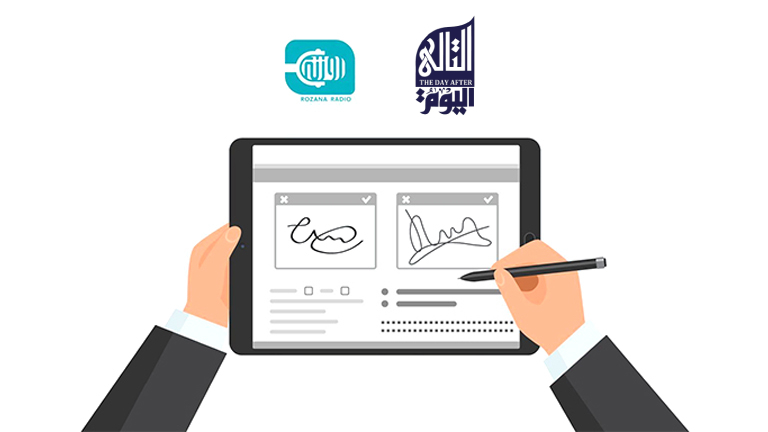 The "Rozana" Foundation for Media signed a memorandum of understanding with "The Day After" organization to launch joint cooperation in the field of training and programs.


The first step of cooperation between "Rozana" and "The Day After" will be through a radio program that Rozana is now working to produce, and it deals with issues of property rights and housing in Syria.

In addition to cooperating in supporting the men and women survivors, with whom "The Day After" organization works. The support is through the training provided by the (Ram) Center for Media Development of the Rozana Foundation.

The memorandum of understanding also aims to pave the way to conclude strategic future partnerships between "The Day After" as a civil society organization and Rozana as a media establishment.

The Day After (TDA) is a Syrian non-profit organization that is working to countering authoritarianism, and support democratic transition in Syria. It adopts the values of human rights in accordance with international conventions and covenants.

Rozana focuses while preparing its programs on the Syrian citizens, at homeland and abroad, primarily on the social level and the changes that have occurred in the Syrians’ lives in general, whether at home or in the different countries of asylum.