Report: Syria Starts to Register Names of Syrians to Fight in the Russian-Ukrainian War 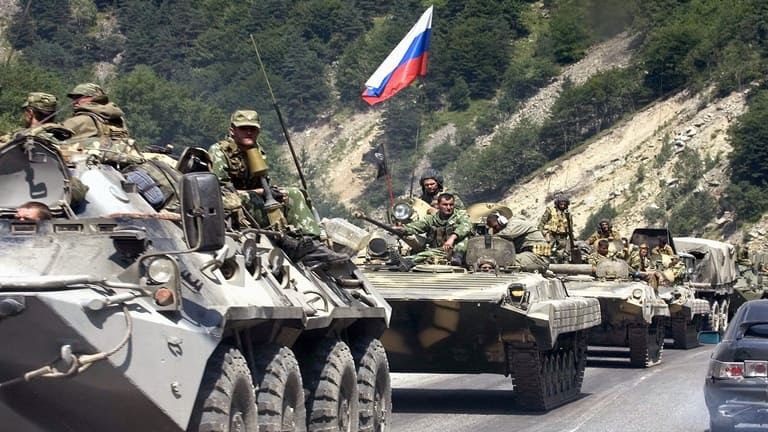 The "Syrians for Truth and Justice'' organization said that Russia ordered some of the security services of the Syrian regime to register the names of fighters who have high experience in street fighting, to fight in the ranks of the Russian army against Ukraine. In contrast, the Syrian opposition started to register the names of persons who wish to fight alongside Ukraine against Russia.


In its report, on Thursday, the Syrians for Truth and Justice organization quoted sources from the regime forces in Damascus countryside that there are lists being prepared to be submitted to the Russian forces in Syria in order to be approved, and then sending those combatants to fight in favour of the Russian army.

The reason for fighting in favour of Russia

Syrians in the areas of the Syrian regime complain of the deteriorating living situation due to the high rate of poverty which reached 90 percent according to UN reports. Due to the spread of unemployment and the lack of services, hundreds of young people try to flee outside the country by any means.

A young man who recently completed his mandatory and reserve military service with the regime forces, and due to the deteriorating living conditions, such as lack of electricity and heating, besides the difficulty to find any job, on the 27th of last February, he headed to the Air Force Intelligence branch in Harasta, in the countryside of Damascus and submitted an application to fight alongside the Russian forces in Ukraine, according to the report.

In case of approving his request to fight with Russian forces, he must pay a bribe of 200,000 Syrian pounds to the Staff Sergeant who registered his data.

According to the young man, a Staff Sergeant from the Air Force Intelligence told him that the priority is for persons who have “good combat experience, and advantage is given to those who fought under the command of Russian officers or within the 25th Division of the regime forces.”

An officer from Air Force Intelligence stated that they are preparing lists of fighters who have good combat experience, then those fighters shall be subjected to a short training by Russian officers in preparation for sending them to Russia and transferring them to fight alongside the Russian forces in Ukraine.

Nothing was mentioned regarding salaries and benefits, according to the officer.

The opposition as well

On the other hand, factions from the Syrian opposition started to register the names of fighters to back Ukraine, without official Turkish sponsorship, through initiatives either by individuals or factions, according to the report.

One of the officers of the "Syrian National Army," backed from Turkey, asserted to the organisation that Turkey did not ask the factions to register any names to fight alongside Ukraine. However, there is a registration process currently taking place in the Syrian areas controlled by Turkey, based on the factions' desire to fight the Russians.

If Turkey agrees to the request by factions to fight against Russia in Ukraine, this means using the Turkish airports and facilitating travel procedures, according to the officer.

Some fighters from the Syrian opposition announced their willingness to fight alongside Ukraine, and posted this desire on social media platforms.

The fighter in the ranks of the "Al-Hamza Division" known as "Suhail Abu TOW" issued several tweets on the 25th of last February, inquiring about the ways to get to Ukraine and fight alongside Ukrainian forces.

The Ukrainian authorities called on foreigners desiring to fight against the Russian forces to head towards the Ukrainian territory. On February 28, Ukraine suspended the condition to obtain a visa to enter the country for foreign fighters, according to the "Kyiv Independent" website.

The Russian forces began an offensive against Ukraine on the 24th of last February, after Putin had announced the independence of “Donetsk and Luhansk” from Ukraine on February 21. Every day, both the Russian and Ukrainian armies announce human and military losses for each side, while Western countries-imposed sanctions against Moscow due to its escalatory step in the region.

Syrians have already joined fighting in the war between Azerbaijan and Armenia two years ago. The Azerbaijani Ministry of Defence said in September 2020, that "Syrian mercenaries of Armenian origin were found among the corpses of the killed Armenian forces on the Karabakh front.

The "National Coalition for Syrian Revolutionary and Opposition Forces" said, in media statements, that there is information confirming that the regime has sent Syrians to fight alongside Armenia, which it supports.

The Russian “Interfax” news agency quoted the statements by the Armenian ambassador to Russia that Turkey had transferred about 4,000 fighters from northern Syria to Azerbaijan. For his part, the Assistant of the Azerbaijani President for Foreign Policy responded to Armenian accusations, denying the veracity of the report of bringing Syrians to fight in his country.