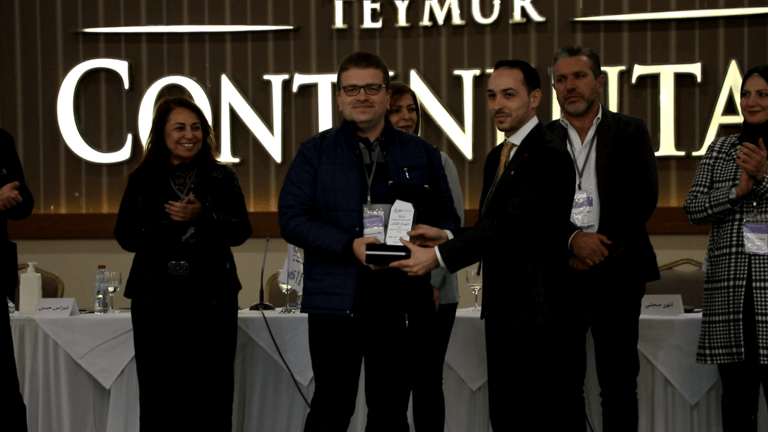 Rozana radio came in the second place in the competition of "best human rights journalistic story of the year 2021", organized by Syrian Journalists for Human Rights (JHR).

The investigation of "Women and Confronting Violence, between Society Oppression and Lack of Protection Substitutes" by Rozana journalist Muhammed Emin Mira came in the second position. The investigation explored the reasons that prevent women from reporting incidents of violence, especially refugee women in Turkey.

"I was a witness on violent incidents against women who participated their testimonies in the investigation, which was a great motivation for me to convey their voice and suffering and to assist them to change their situation for better." Emin told Rozana about the investigation.

"Through the reporting, I tried to find solutions and appropriate ways to overcome difficulties that woman face when claiming her rights, and to encourage her not to hesitate or fear from the negative results, by following the right ways to encounter violence. Emin added.

The competition, which included this year 71 press materials varied from written, audio and visual content, aims to encourage positive competition among Syrian journalists to cover humanitarian and human rights issues that adhere to ethical principles and focus on changing the lives of women and girls for better.

Along with the journalist Muhammed Emin Mira, journalist Muhammad Al-Shami came in the second place for his podcast "How to face bullying and hatred in schools, and what is the opinion of the Turkish law", Radio Misk.