Qamishli: How is the Atmosphere of Christmas and New Year Holidays this Year? 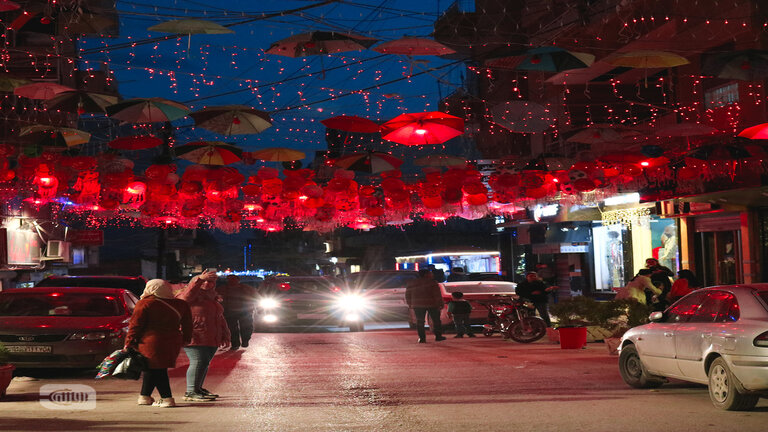 The people of Qamishli in the north eastern Syrian Governorate of Al Hasakah are receiving the Christmas and New Year in an atmosphere of tranquillity and serene. Contrary to last year, when the Christmas tree was absent in some areas. In this report, Rozana met with a number of the city's residents to talk about the manifestation of celebration in general and what is new this year.

The manifestation of celebrations is apparent in the streets and balconies of houses, there are decorations and Christmas trees placed at the corners of each house, and the shopkeepers are offering Christmas gifts. They decorate the facades of their shops with pictures and festive writings on this occasion. 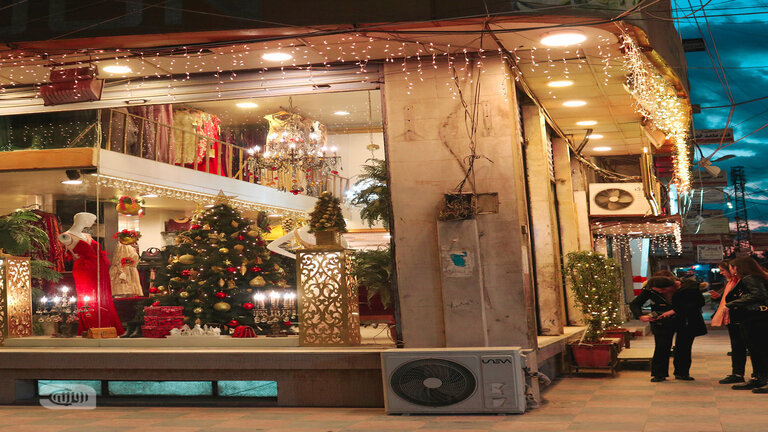 Samira Youssef, 53, a Christian housewife, intends to celebrate New Year and Christmas this year. She expresses to Rozana her fear of any sabotage acts that will fail her efforts to show smile and love among her family members. The previous years witnessed unfortunate events that spoiled the joy and safety of the people.

This year, Samira decorated her house with red ribbons, in addition to placing a Christmas tree and a cave form in her house. The tree symbolizes Christ (a symbol of permanent generosity), while the cave is a symbol of humility, and indicates the birth of Christ in the Cave of Bethlehem.

Samer Hanna, a member of the Christian sect, also described the prices as crazy and very frightening in terms of holiday desserts and clothing. He assured Rozana that he could not buy all the needs for the celebration, and he limited himself to buying simple things.

Every holiday, Hanna feels the lack of joy and pleasure, this year he notes that there are not enough decorations in the streets and shops, and even carnivals this year are prohibited. Even Santa Claus and distributing gifts to children are prohibited due to the unstable security situation, as well as the Covid-19 pandemic. 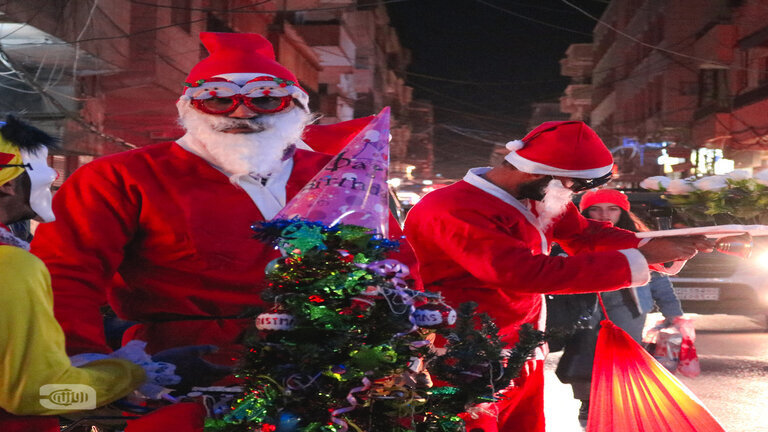 Christmas Atmosphere in Qamishli, Simple Manifestation and Unusual Decorations (Rozana)
Danny Saliba,35, one of the Christian communities in Qamishli, said to Rozana: "When the people of the Syriac community came from Turkey in 1915, they transferred their cultural heritage, customs and traditions all days of the year to the city of Qamishli. Christmas is very sacred among the Syriac of Qamishli and in Al-Hasakah Governorate in general".

"At the beginning of December, the residents begin to put Christmas decorations, especially the green tree, which expresses the colour of renewal, and the tree is decorated with a star (the Magi Star), and the child Jesus is visited in Bethlehem with presenting gifts, which are incense and gold." Saliba added.

In kitchen, there are a variety of dishes, the most important of which is “dobo”, which is a Syriac food originating from Mardin, and there are social rituals representing all parts of the Syrian island, and there are greetings between friends and relatives.

Regarding the church’s rituals, Saliba stressed, “There is a Chritams prayer on the morning of December 25, some sects celebrate on December 24 in the evening of the so-called Divine Liturgy of Christmas. Other Syriac Orthodox sects celebrate Christmas by prayer in the morning at the four churches located in Qamishli. Where Christmas carols and chants are played after the completion of the prayer ceremonies.

Over the course of more than ten years, the manifestations of joy and Christmas decreased for several reasons, most notably the economic situation and the rise in prices, as a result of the high exchange rates of the US dollar, Most Christmas manifestations have disappeared, such as Christmas dessert, which had to be more than one genre, but currently it is limited to one genre only for many people.