Including Ministers and Deputies, Syrians Excelled in the Diaspora with their Expertise 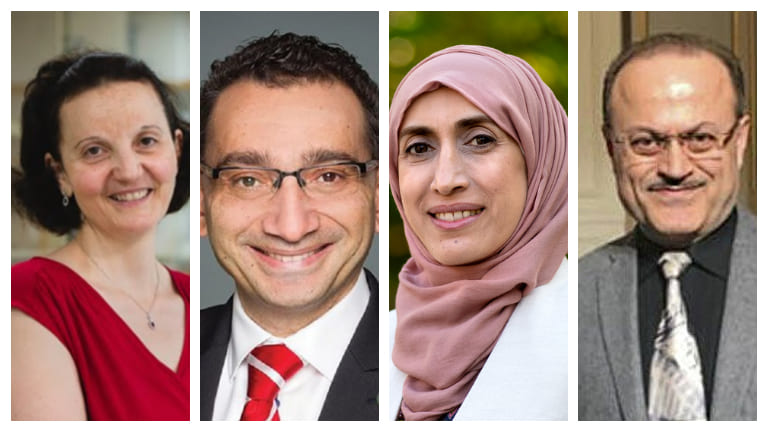 Many Syrian immigrants with diverse specializations have contributed and enriched their knowledge and skills to the countries to which they immigrated around the world, whether in medical, social, engineering or other specialties, after they faced challenges and difficulties of immigration.


The United Nations set the theme for World Migrants Day 2021 under the title "Harnessing the potential of human mobility", and stated that "migrants contribute their knowledge, networks and skills to build stronger and resilient societies."

There are many Syrians who have emerged as influential in their field of expertise within the countries they settled in after emigration, Rozana mentions the most prominent of them.

Last June, doctor Khaled Khashouk was awarded the "National Merit" medal with the rank of Knight in the name of the President of the French Republic, in recognition of his role and exceptional efforts in treating Covid-19 patients during the first wave.

Doctor Khashouk, who came from Homs, has been working in French hospitals in cardiology departments for nearly 30 years, according to media reports.

French President Emmanuel Macron honored in an official ceremony in 2019 Syrian doctor Afif Afif for performing surgery that brought a young Frenchman back to life following a brain death.

Afif said then, that he was honored by the French President by name for his courage in making the decision, for what he had done for the patient whose condition was hopeless.

Norhan volunteered three days a week at a secondary school in the Netherlands, she worked as a translator and assistant teacher at the school, supported refugee students in language learning, then she enrolled in a one-year training at the Windsheim University of Applied Sciences, and since last September, she started teaching chemistry to third graders.

The director of the "UAF" and the head of the jury, Mardjan Segali, said that Nourhan underwent in dedication to training at a high speed, and she is now working in a school, so this is a distinguished achievement, as she put it. 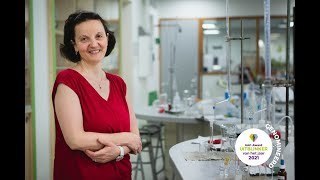 Al-Ghabra is the first Canadian of Syrian origin to reach Parliament, according to the Canadian "The Globe and Mail" newspaper.

Al-Ghabra was born in the city of Khobar, Saudi Arabia in 1969 to a Syrian father. He graduated from Ryerson University in Canada with a bachelor’s degree in mechanical engineering, then he obtained a master’s degree in business administration from York University.

He held various positions in the Public Electricity Authority, "Enbala Power" and the Energy Council of the Canadian province of Ontario.

Syrian Dina Agha won a seat in the mayor of Bangor County, in the US state of Michigan, in mid-November, after the municipal elections that the country witnessed.

Dina, who has a master’s degree in social work, actually came from the city of Jableh in Lattakia. She moved to the United States 14 years ago to continue her university studies. She is active as a volunteer in the field of “immigrant literacy” in Bangor Province and in food and medicine issues.

The commission that nominated her for the elections said that Dina has "demonstrated her service as Chair of the new Advisory Committee and in the quest to combat racial discrimination, to achieve social justice and human rights in Bangor. She proved her ability to help in leading a new era of growth and success for all the inhabitants of the city." 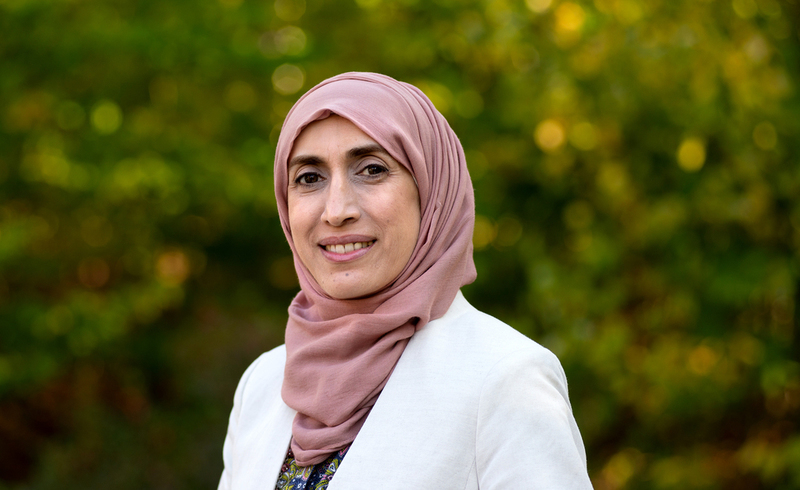 Sweden’s King Carl XVI Gustaf handed the “New Builders” award to the two Syrian youths, Ali Mimar and Mudar Kouli, in mid-November among several awards received by 4 other people also in the Swedish capital Stockholm, for the years 2021 and 2020, in a ceremony that highlights the foreign origins succeeded in Sweden.

Sweden gives the “New Builders” award annually to entrepreneurs of foreign origin, who have achieved success in their businesses, but this year it was awarded for the years 2021 and 2020 due to the Covid-19 pandemic.

As for Mudar Kouli company, "Kouli Bros AB" is specialized in selling clothes through the "Hoodie Lab" web store, where the clothes are designed by women in Syria, who receive a commission for each piece of clothing sold, and the company focuses mainly on creating job opportunities for vulnerable women who suffer from difficult living conditions.

In September 2015, the young Syrian woman, Sirin Hamsho, obtained a patent in the field of renewable energy, which was registered with the International Inventions Office "Board".

During a call with "Rozana" Hamsho pointed out that the invention that she developed is relating to how to invest in alternative energy or wind energy. The invention is about passing one of the constraints arising from the presence of two stationary and moving objects, the two forming the alternative power generator, which is a "mechanical protection system for electrical elements generated by the turbine's head, or the energy-generating object."

Hamsho, who holds dual Syrian and French nationalities, lives in the town of Milton (Massachusetts) in the United States of America. She studied electronic engineering at the University of Kalamoun in Syria and graduated in 2008, after which she obtained a master’s degree in the field of alternative energy from the University of Versailles in France, and works with the General Electric Company in the United States of America years ago, where she became the engineer for the company's electric wind turbine design department.

The young Syrian woman hails from the city of Hama. She is the only daughter of the Syrian inventor Omar Hamsho and the daughter of the Damascene preacher, Rafidah al-Habash. 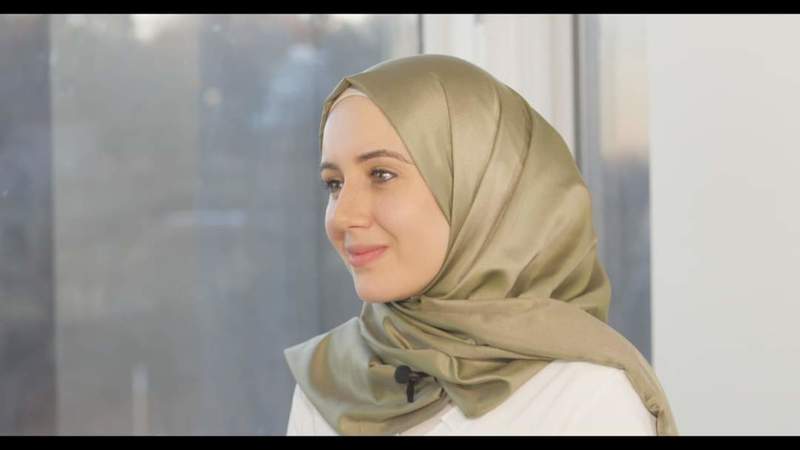 Syrian engineer Lynn Saeb, 32, won the Best European Women in Engineering and Construction award for 2019 in the economic development category, and was nominated as a representative for the British company "Asset", which she started working with in 2016.
Saeb competed against 450 women from different European countries in the European Women’s Prize in Architecture and Engineering competition, where only 9 candidates reached the final stage for each category. According to the website of the British company Assite, Lynn was the first Syrian to reach the nomination and took the title at the European competition that take place every year at the level of Europe.

The Syrian engineer hails from Deir ez-Zor. She graduated from the Faculty of Civil Engineering at Damascus University majoring in water engineering, and obtained a master’s degree in information technology in 2012. Then, in 2015 in London, she continued studying water engineering at the British University of Exeter, and obtained a master’s degree in her research on the use of artificial intelligence in water treatment and savings. 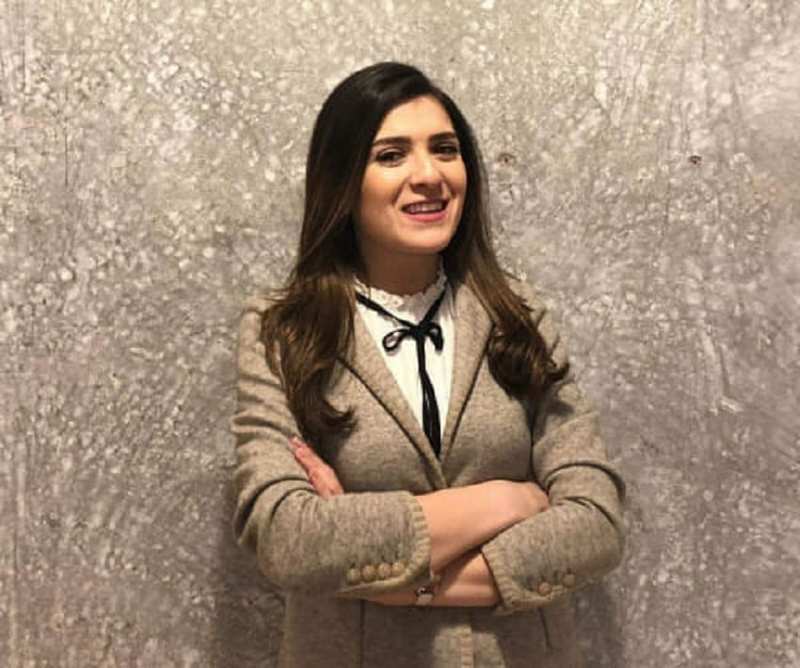 Maya Ghazal, a Syrian refugee, was awarded the “Princess Diana” Legacy Award in 2017 under the “Campaigns for Change” category for her efforts with refugees and migrants who arrived in London. She also made her first solo flight at London Airport, she is considered the first Syrian woman to fly a single plane in the United Kingdom.

Maya is from Damascus; she is studying aeronautical engineering at the British "Brunel" University. She is 20 years old. She arrived in Britain in 2015 with her family. 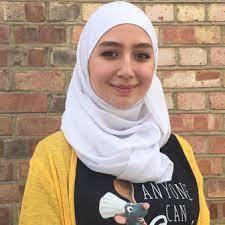 Kaadan specialized in the field of advanced architectural design, she graduated from the University of Aleppo, and worked in a number of leading architectural companies in the Middle East before moving to Britain to obtain a master's degree and work for "Infinite" for engineering consultancy. 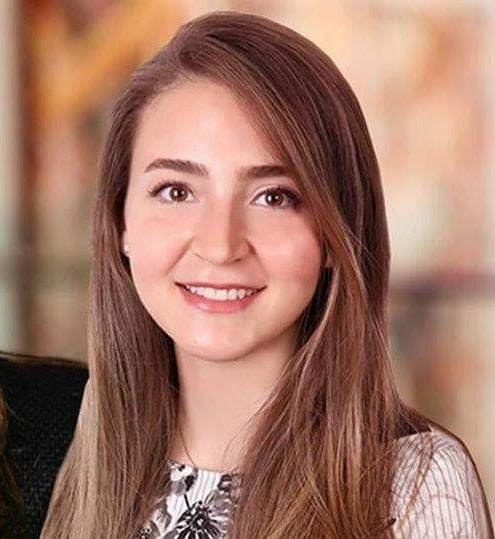