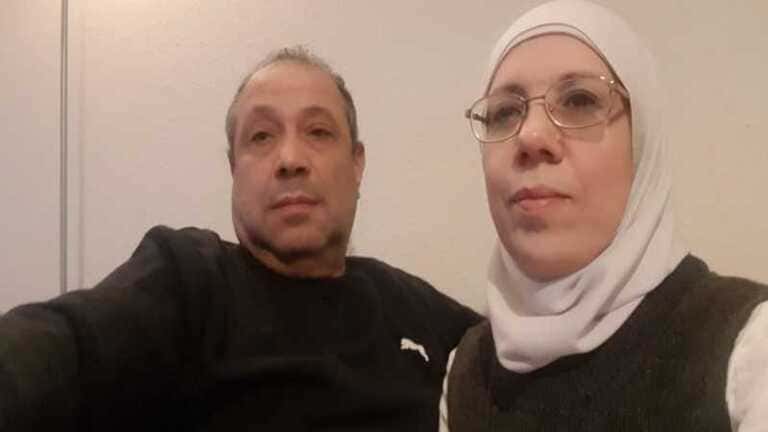 Today Friday, Danish authorities allowed Syrian refugee Asmaa Al-Natour and her husband to leave deportation camps in the city of "sjælsmark'' north of the Danish capital Copenhagen, after a month and a half of their detention there, on the background of renewal termination of their humanitarian residencies in the country.


Asim Al-Swed, attorney and founder of Finjan organization told Rozana that they were released today after the authorities reopened their lawsuit again, explaining that a hearing at the Danish Refugee Appeals Board would be scheduled in order to follow up on the residence renewal file.

Al-Swed expected that the hearing would take place during the next month, during which both spouses will be granted political asylum.

Al-Swed indicated that the authorities requested them to choose an attorney in order to reopen the lawsuit for renewal of residency again, so, a skilled attorney was chosen. As he put it.

Rozana contacted Asmaa, who confirmed that she was on her way home after she and her husband left the deportation camps, without further details.
Denmark has withdrawn residency of about 100 Syrian refugees, ordered them to return to their country since “Damascus is now a safe place to return to”, so Denmark became the first European country to withdraw residency from Syrian refugees, according to a report by the British “Independent” newspaper last March.

On 26 October, Asmaa and her husband were forced to leave their home to the "deportation Camps" by a court decision after a final rejection to renew their residency.


Seven years ago, Asmaa Al-Natour and her husband Omar Al-Natour with their two sons arrived in Denmark after being forced by bombing and displacement conditions for several times to immigrate from their country.

After they obtained "humanitarian protection" in Denmark in October 2015, they were informed by the Immigration Service about reassessing their residence file in November 2020, then it told them by last February that it cannot renew their residency, so they became at risk of deportation.

Last April, the Immigration Service informed them that they decided not to renew their residency at all. Asmaa feared that she and her husband would be deported to Damascus since it became a safe city, according to the Danish view with regard to its Syrian refugee file.


Dozens of Syrian refugees living within Danish territories still suffering as a result of the Government's ongoing decisions not to renew their residencies, threaten to deport them, and endanger their lives.

Since 2011, about 35,000 Syrians have arrived in Denmark, 4,500 of whom have been granted asylum due to general risks, including about 1,200 people from Damascus and its countryside.