Rozana Organizes a Training on Creating Press Stories Through Podcasts 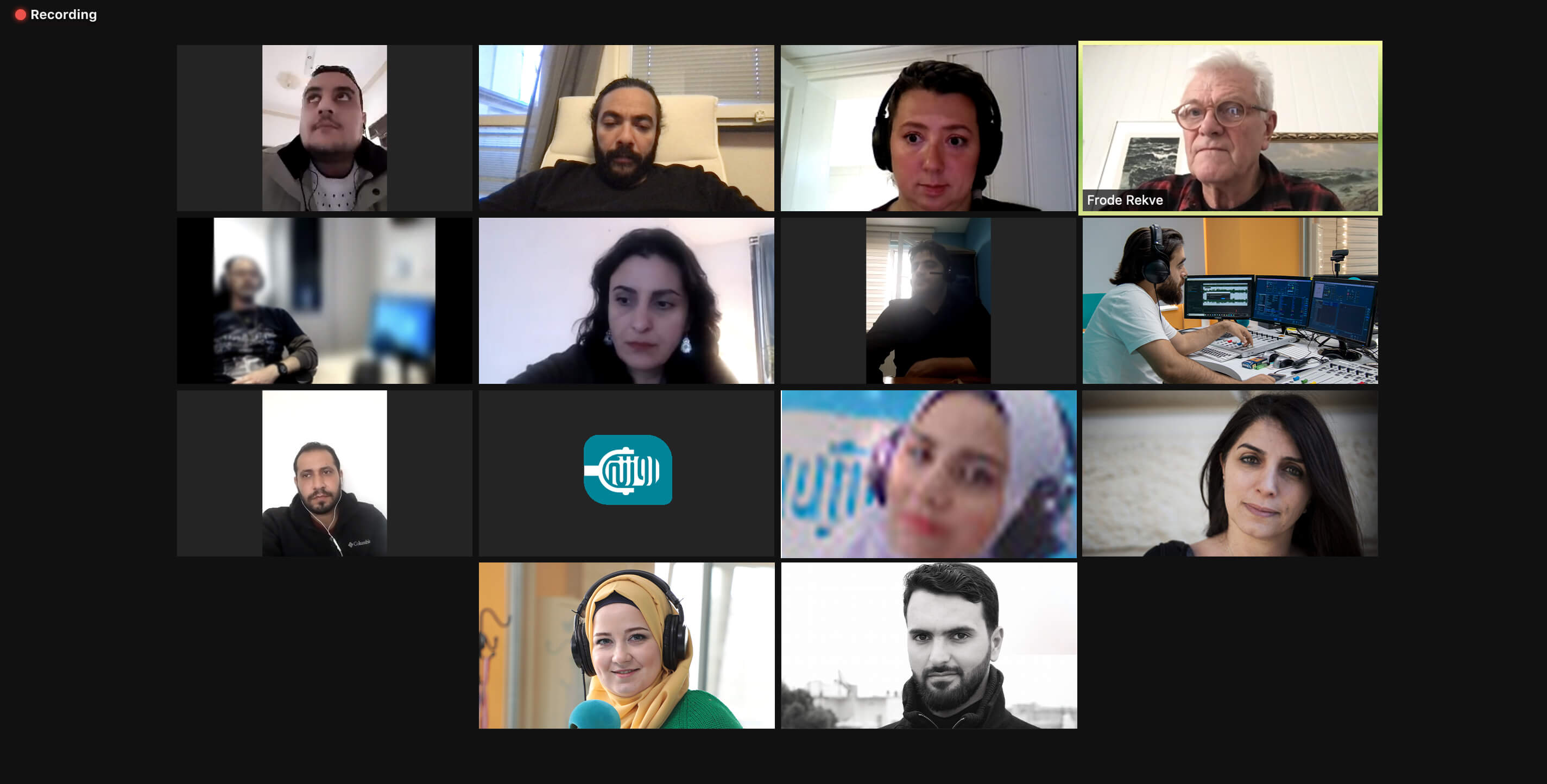 Rozana Center for Media Development "RAM" and the Norwegian Press Institute organized a training course on developing the building of press stories through podcasts.


The training presented the most important experiences of podcast projects, including different templates and work models that can be applied based on the stories we are working on within Syria.

Journalists, reporters, and technicians from Rozana participated in the training through "Zoom program", along with Frode Rekve and  the trainer Hana Lovik from the Norwegian Press Institute.

"We worked in this course with the wonderful Rozana correspondents who are in Syria, we are always proud to work with them." trainer Faroda Rikvi said.

He added: "We look forward to complete the work with another training so that we are all in the same place and develop our training closely."

On 30 June 2020, Rozana Media Foundation launched a podcast platform, and since that time it produced podcast programs, "Dinak Dinak", which discussed topics about religions and sects and their relationship to women in Syria.

Also, "Syrian Whispers" podcast that tells Syrian stories about the Syrians in their country or in anywhere over the world, besides "They Didn't Return" about stories of the disappeared and missing Syrians.

Rozana broadcasted a podcast about episodes of the series "Basma Sabah", which talks about a Syrian family whose opinions differ at the beginning of the Syrian revolution, as well as episodes of "My City", which introduce the most important Syrian cities and governorates.

Rozana is working to develop its podcast platform along with FM radio and other digital platforms.