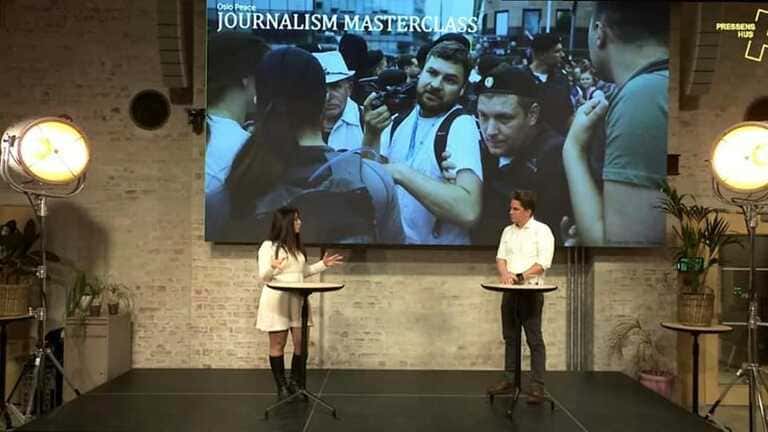 
“This prize is for those who died defending the right of people’s freedom of speech (…) this is for them” Dmitry Muratov.
“The mission of journalism has never been as important as it is today” Maria Ressa.

Those were the words by the two Nobel peace prize winners for this year 2021, The Russian journalist and chief editor Dmitry Muratov and the Philipino journalist Maria Ressa, who were given the prize for fighting courageously to “safeguard freedom of expression”.

The significance of this year’s peace prize is its symbolic value acknowledging the importance of independent journalism and free media in our world today.  The Norwegian Nobel Committee described Maria Ressa and Dmitry Muratov as “representatives of all journalists who stand up for this ideal in a world in which democracy and freedom of the press face increasingly adverse conditions”. 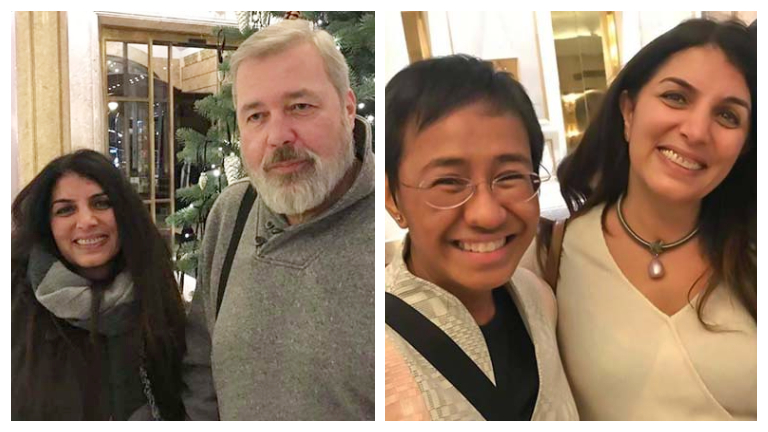 Lina Chawaf and Russian journalist Dmitry Muratov       ..       Lina Chawaf  and Filipino journalist Maria Ressa
Journalists everywhere in the world are being recognized by this year's Nobel peace prize and especially by those who are still struggling for their right to write and speak freely and without censorship.

For us at Rozana it is natural to draw the attention to all our Syrian journalist colleagues who have been struggling and suffering under repression for so many years and to all those who have been deprived of their freedom or even killed simply for performing their professional duties in keeping the Syrian people informed.

Together with journalist colleagues from Bosna, Serbia, Russia, Philippine, Ethiopia, and Turkey, Executive Director of Radio Rozana Lina Chawaf also was invited to attend a masterclass in Oslo on Fact Checking in the world and physical, digital security.

In A direct live on the Norwegian media and its social media Lina, described the media landscape in Syria before 2011 and talked about the experience of Rozana, our goals and editorial mission and the most difficult challenge Rozana faces in the media work in general and among its journalists, who are under risk all the time.

Each one of the foreign journalists talked about his/her experience in the fight for their independent media and press freedom in their countries. Many impressive and tragic stories were told about the oppression endured. Most of them lived in exile because it is impossible to work as a journalist inside their countries.  Investigative journalism was used to counter fake news and distorted truth by government propaganda.

Parallel with this event there was an exhibition about Dmitry Muratov and Maria Ressa including videos about their lives and their fighting for freedom of expression. A special corner was created in a very creative way to show the function of the facts checking. 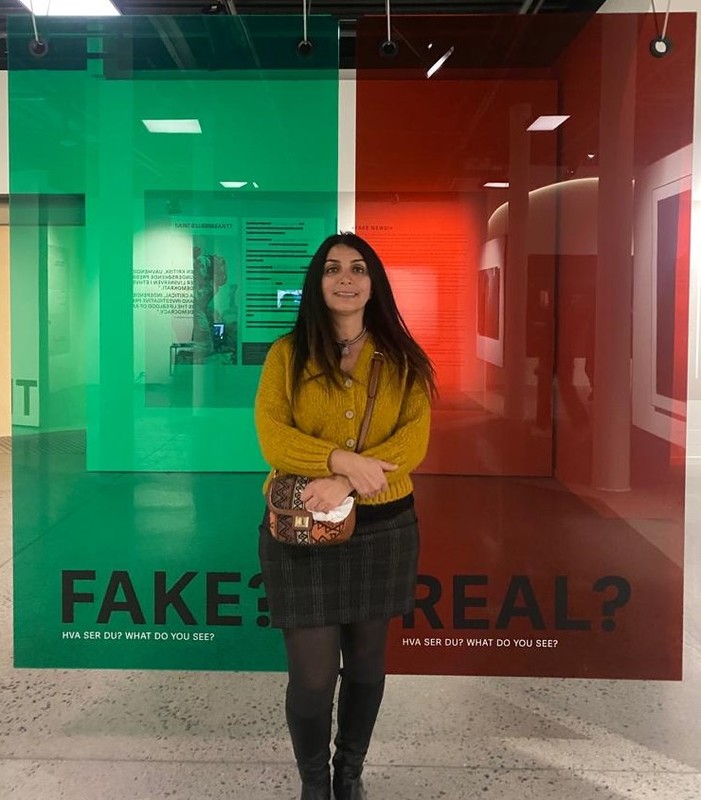 According to the new Covid virus Amicron new regulations have been announced in Norway just before the Nobel prize ceremony, so the 900 invitees were reduced to 300 only.

Giving the Peace Nobel prize 2021 to Two journalists who defend the freedom of expression and the freedom in press after 86 years will be a historical point in the world  and it will give a big incentive for all journalists in the world, who fight for the same values and encourage them to continue their mission.