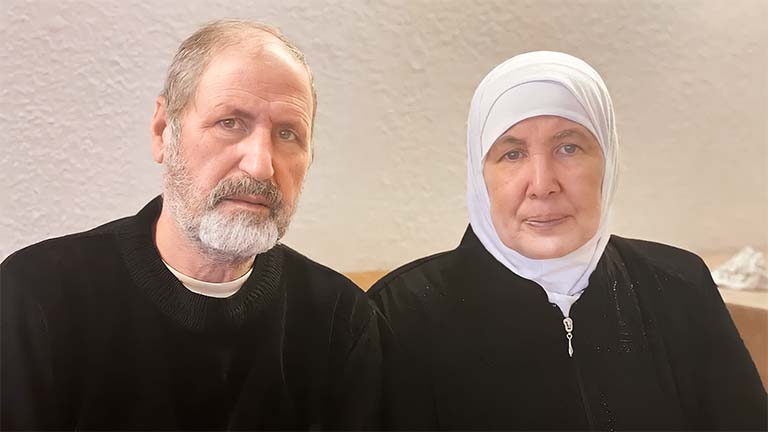 "My mother passed out, my sister had a nervous breakdown, while the family and neighbors gathered to bid farewell to my parents before they were forced to go to the deportation camps after refusing to renew their residency permits." This is how Mahmoud Al-Mohammed, twenty years old, describes to "Rozana" the farewell moments of his parents in Bronderslev city in northern Denmark, which ended with health problems.

Last week, the family received a call that the parents have go to the deportation camps, in case they refuse to return to Syria. So, the camps became the option despite the bitterness of the decision, like dozens of Syrian families that the authorities refused to renew their residency permits.

In the deportation camps, the rooms are small and cramped, more like a prison, as described by the Syrians in Denmark, in one of which Souhail and his wife Dalal will live.

The son said to "Rozana": "After my mother passed out and my sister had a nervous breakdown, we took them to the hospital, after that time we tried to communicate with a significant humanitarian organization in Denmark that has the ability to change the decision. On Monday, the organization told us that we have no other choice but to send my parents to the Deportation Camps". 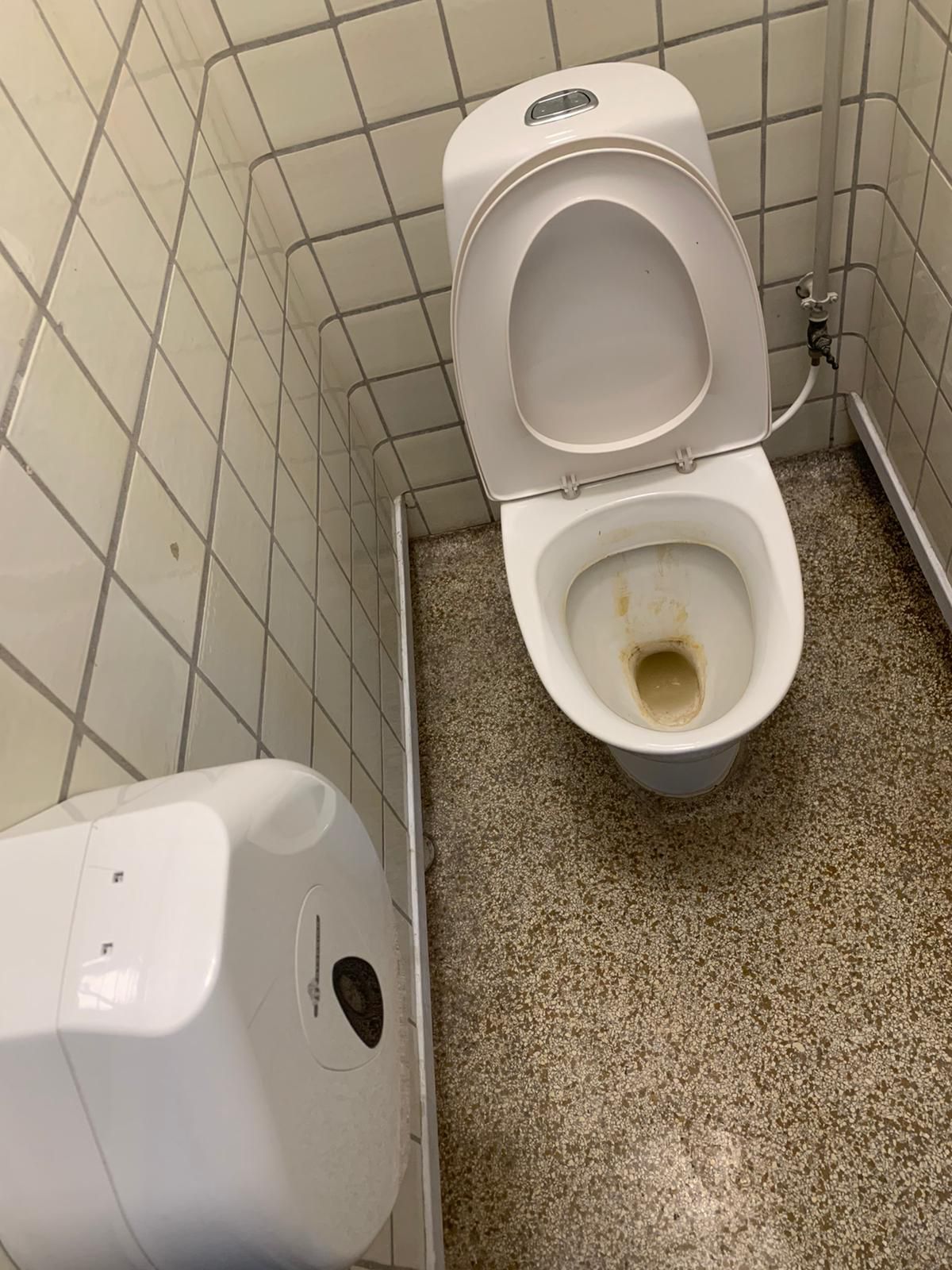 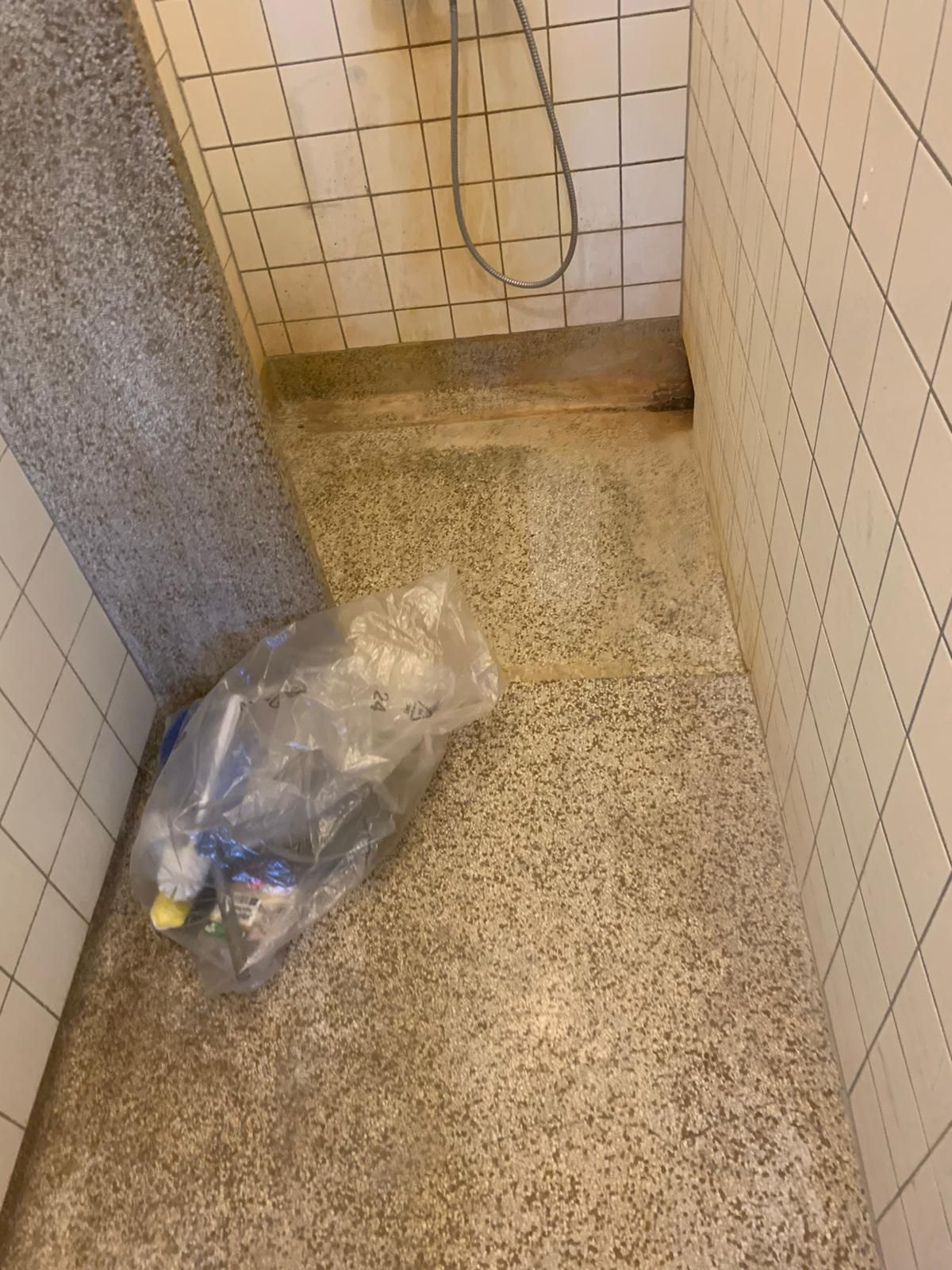 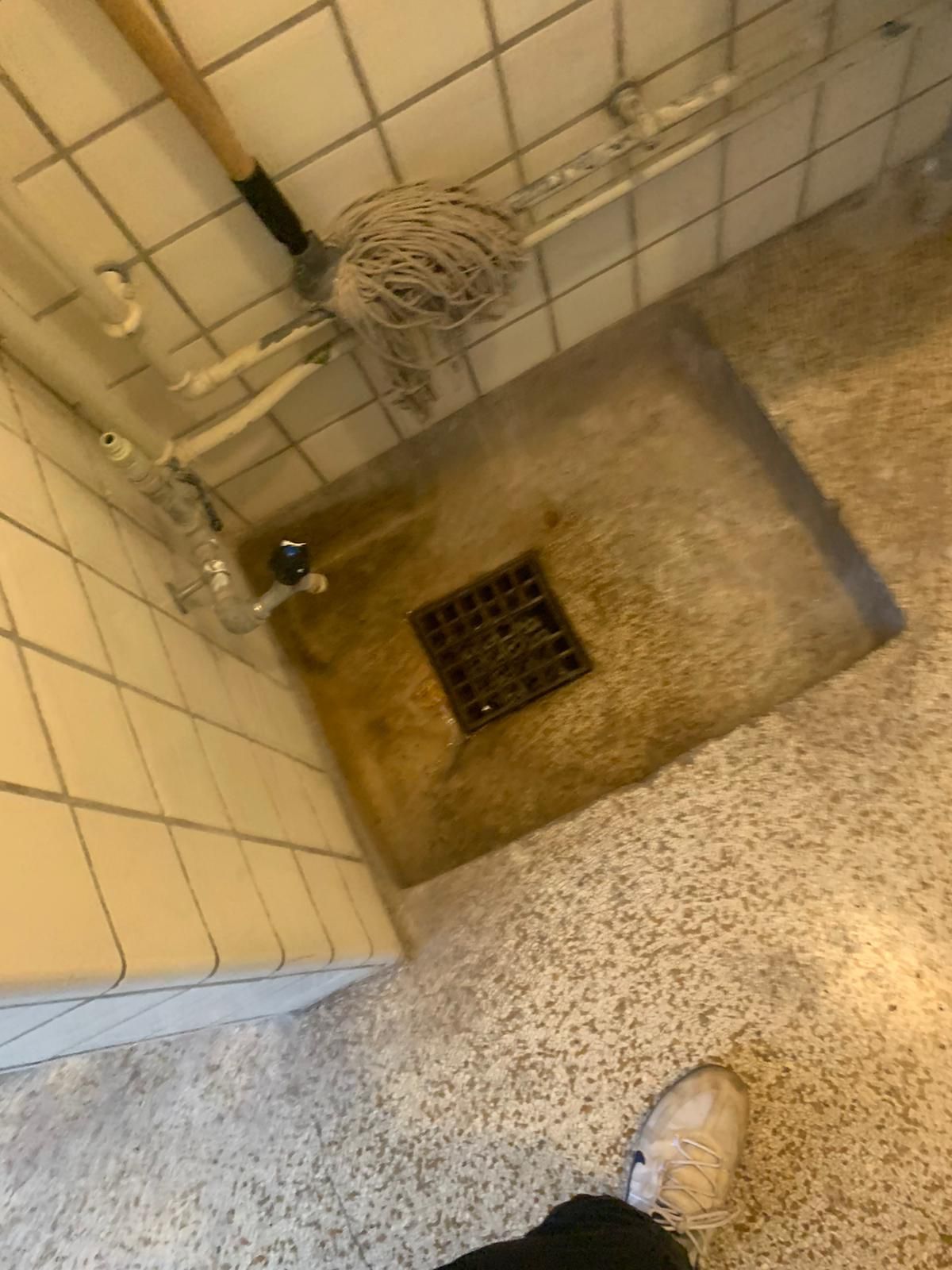 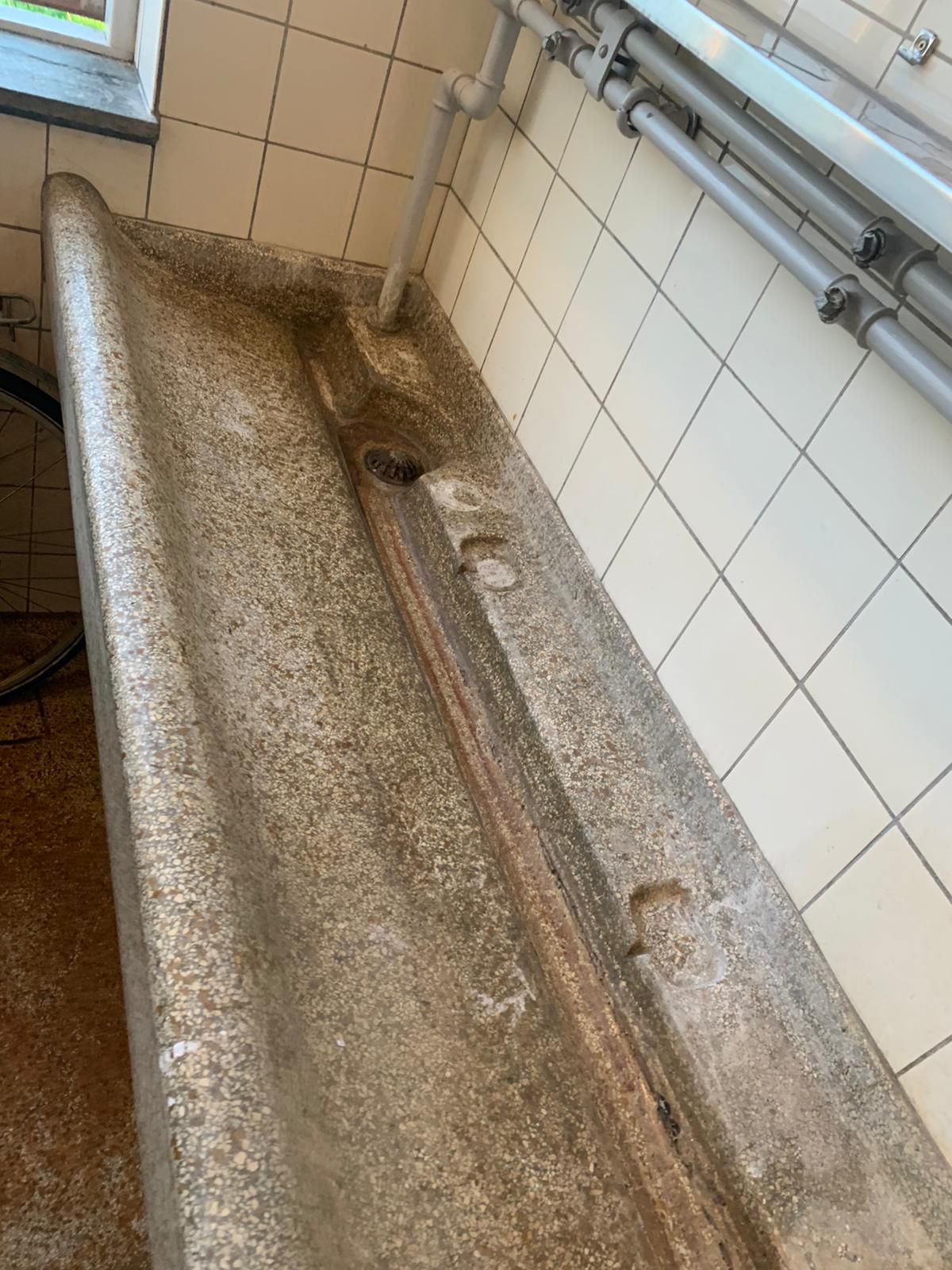 Pictures of the deportation camps in Sjælsmark - source Mahmoud Al-Mohammed

The son adds with great sadness: "Unfortunately, we took our parents on Monday to the camps, which resemble nothing but prison."

The parents suffer from physical disorders, as the father Souhail suffers from diabetes and blood pressure. While the mother suffers from disc disease. Mahmoud and his brothers are concerned of the aggravation of their parents’ health condition in the camps, since the camps are not well qualified for housing.

The Syrian family, (5 young women, and two young men with their parents), arrived in Denmark at the end of 2015. The young men and young women’s husbands obtained political asylum due to security stalking by the Syrian regime. While the parents obtained humanitarian asylum, after the court assessed that there was no danger to their lives in the event of return.

Mahmoud explains the reason for their emigration from Damascus. “In 2012, the situation in Damascus became very dangerous, shells began to fall in our area… My brother has reached the age of military service, so we decided to go to Lebanon. We stayed there for three years. The poor living situation forced us to migrate again to Denmark illegally”.

A long journey fraught with dangers during which, the family passed through many countries with the aim of reaching the final destination "Denmark", in order to settle. Where the family migrated from Lebanon to Turkey, and then to Greece by sea. After that, it continued to Macedonia, Serbia, Croatia, Slovenia, Austria, Germany, and finally to Denmark.

“When we emigrated, my father said a sentence that I will never forget: “We escaped death through death until we arrived in Denmark,” Mahmoud says.

The father Souhail served in the regime’s army for 30 years and retired in 2006. But with the start of the war, the regime returned to contact him with the aim of benefiting from his experience. Which is one of the reasons that forced him to emigrate. This point was not taken into account by the Danish court, it refused to renew the residency despite that.

The father refuses to stay away from his children, "I want to die here with my children, I do not want to go to Syria and be separated from them."

"I fled with my young children from war, rape, and murder. I came to a safe country; I chose Denmark because there is freedom and democracy. I am astonished that the opposite happened," Souhail Al-Mohammed said to the Danish TV2NORD website.

The integration of the Syrian family into the Danish society in terms of work, study, and language did not save it. Mahmoud says: “Next year I will start studying medicine after I succeed with qualifying marks, moreover, we are paying taxes like any Danish citizen. I don’t know what we should do more than that.”

According to the Danish Ministry of Immigration and Integration, 2 out of 3 Syrian refugees between the ages of 18 and 64 along with the Syrian refugees whose families have been reunited and reside in Denmark, work and receive salaries depending on their own efforts.

After the expansion of the Syrian regime's control over Damascus and its countryside in recent years, the Danish authorities considered that the conditions became safer for the return of refugees who obtained temporary protection, and that there is no direct danger to them if they return to their country.

UNHCR spokeswoman in Denmark Elizabeth Haslund said earlier that the Refugee Convention of 1952 allows a state to revoke protection of a refugee in certain cases, but that requires the improvements in the country of origin be basic and stable, however, “such changes have not occurred in Syria yet.”

Human Rights Watch issued a report last October entitled "Life is similar to Death," in which it said that "Syria is not safe to return... Widespread violations of property rights, and other economic hardships also make permanent return impossible for many."

Since 2011, about 35000 Syrians arrived in Denmark, 4500 of whom granted asylum due to general risks, including about 1200 people from Damascus and its countryside.