International Interpol Returns to Damascus.. What are the Effects on Syrians? 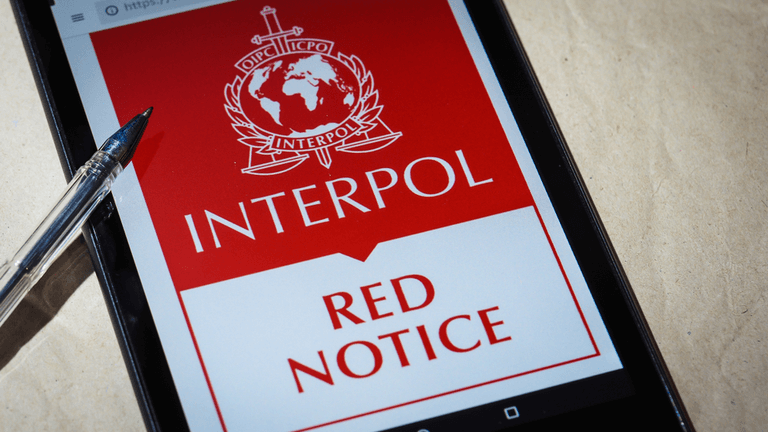 The director of the regime's Criminal Security Department, Brigadier General Hussein Jumaa, announced that the Executive Committee of the General Secretariat of INTERPOL had lifted the embargo imposed on Damascus, and that Syria's office had restored all its powers.


Jumaa'a added that the Damascus office has regained all its powers in coordination with the international organisation, and its services are expected  to be activated soon, noting that a delegation from the General Secretariat of Interpol is scheduled to visit Damascus next month.

He added that the visit will be with the participation of the head of the Counter-Terrorism Office and a number of trainers, to organise a workshop on modern applications of the work of the INTERPOL.

Syria had acceded to the INTERPOL agreement in 1956, currently, ten Syrian people are wanted by the international organisation, whose task is to pursue criminals and demand their extradition or any similar legal procedures.

Various charges were brought against these wanted people, such as terrorism, joining armed network, violating the sanctity of corpses, murder and other crimes of all kinds.

This organisation, made up of the police forces of 194 countries, is headquartered in Lyon, France, and facilitates the widest possible exchange of assistance between all criminal law enforcement authorities.

It enables countries to exchange and access data related to crimes and criminals, and we provide technical and field support in all its forms. The organisation' role is to ensure that police agencies communicate with each other and provide operational support and access to police data and information worldwide.

Soon enough, news of Interpol’s return to Damascus was circulated on social media platforms, and different opinions and interpretations were raised, some based on inaccurate information, about the possibility of the regime fabricating terrorism charges against opponents of opinion, and those it describes as wanted by its judiciary, and is using Interpol to arrest them or reach them.

It provides 19 police databases containing information on crimes and offenders (such as stolen names, fingerprints and passports), which countries can benefit from at1 once.

It also supports investigations by analyzing forensic evidence, and helping to locate fugitives from around the world.

Its expertise is devoted to supporting national efforts to combat crimes in three global areas: terrorism, cybercrime, and organised crime.

In view of the development and change of crimes, the organisation is working to expand its base of work to include research on international crimes and their trends and follow-up on the latest developments related to them.

Rozana discussed these news and analyzes with the head of the Free Syrian Lawyers Association in Turkey, Ghazwan Kronfol, in addition to the head of the Syrian Centre for Legal Studies and Research, Syrian lawyer Anwar al-Bunni.

Al-Bunni told Rozana Radio: "He does not expect the Syrian regime's allegations in this regard to be true, saying that he wishes so, because this means that the Syrian government must at least hand over wanted persons a red signal to the  Interpol."

Kronfol, in turn, said that Interpol is "a law enforcement institution at the international level that pursues perpetrators of crimes against whom judicial warrants for their arrest or final court imprisonment rulings are issued."

According to Kronfol, "these names are circulated under a police memo, which law enforcement institutions in a country direct to the International Police Office, or Interpol, to arrest them and hand them over to the authorities of the country issuing the police bulletin."

From this point of view, according to Kronfol, the mission of Interpol "is not to prosecute those accused of war crimes or crimes against humanity unless there is an international arrest warrant against them, and its role here is limited to implementing the warrant and handing over the arrested to the authority issuing that warrant."

Regarding the possibility that the regime would fabricate malicious accusations to harm its opponents, especially among countries that do not take an approach that rejects its repressive practices against the Syrians, Kronfol said: "Of course, the regime can fabricate charges against its opponents and issue arrest warrants against them and circulate them internationally."

Kronfol explained: "However, the judicial authorities in the country in which the person is arrested by Interpol have to scrutinise the judicial file and investigate the basis for the charges against the person who is requested to be arrested, and whether the arrest warrant has a legal base, or is it a malicious procedure."

And "the decision to extradite or not extradite any wanted person remains within the jurisdiction of the judiciary in the country where the person is arrested," according to what the head of the Syrian Lawyers Association Ghazwan Kronfol added.

The Syrian human rights defender stressed that "the process of prosecuting war criminals is a purely judicial process in which Interpol has no role, as the role of Interpol is limited to tracking down the accused person when the organisation receives a judicial warrant to that effect."

And "therefore, prosecution is a purely judicial act, and tracing and arresting is the work of the international police based on a judicial decision," according to Kronfol.

The Syrian Lawyers Association issued a statement explaining the effects of Interpol's relation with the Syrian regime after the recent developments.