After the Sochi Summit, What is the Fate of the Military Escalation in Idlib? 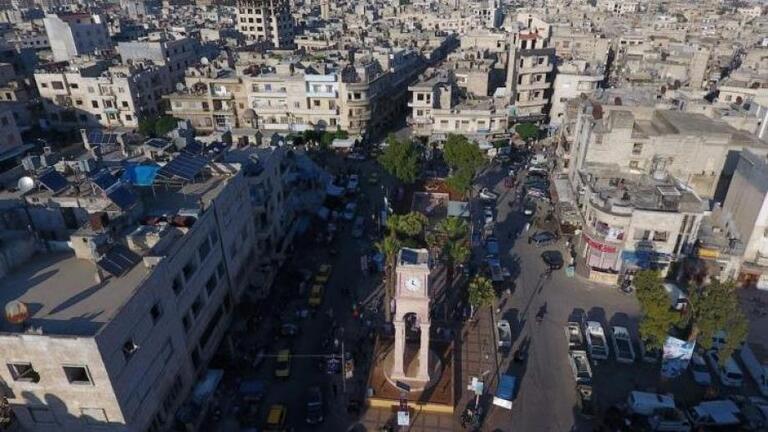 After the end of the Sochi summit, which took place on 29 September, between Russian President Vladimir Putin and his Turkish counterpart Recep Tayyip Erdogan, the attention of observers of the Syrian file turned to Idlib, and whether the military escalation by Russia will witness a more severe wave in the coming period, or if the two presidents agreed on an appropriate formula for a permanent ceasefire there.


Although a final statement of the bilateral summit has not been issued clarifying the points that Putin and Erdogan agreed on, Syrian and Arab press reports presented multiple sources of information on the fate of Idlib, as some of them considered that the situation will remain the same without any further escalation from Russia.

One of the reports went on to say that the two presidents agreed to deploy elements of the Ankara-backed "National Army", and withdraw theHay'at Tahrir al-Sham (HTS) , whose existence in the area is the pretext of the Russians to continue bombing Idlib.

In an interview with Rozana, military analyst Abdullah Al-Saeed considered that deploying the National Army in Idlib is an appropriate choice to stop the escalation in the region, although he indicated that the absence of a mechanism to implement this project increases the difficulty of achieving this consensus.

He added: "There is overlap in the areas of control of both parties' influence, but this does not facilitate the spread of the National Army, as the consensus between them does not fully exist. There must be a channel of consensus between HTS and the countries active in the Syrian issue, in order to change the form of HTS and restructure it."

Colonel Ahmed Hamada indicated that the HTS has so far been committed to the agreements concluded in Idlib, and "takes a defensive position with the rest of the factions to respond to the regime's violations."

He also pointed out that there has been no change in field matters until now, indicating the presence of "the National Army in Idlib with other factions, but within the scope of the region in order to defend it."

He considered that Idlib's future in general is linked to the ability of the Turkish agreement with Moscow to withstand the aspirations of the Russians and their violation of the agreements.

Local media reported that, during the past few hours, the regime forces sent massive military reinforcements to the areas of contact with the military factions in the Idlib region.

The Russian "Sputnik" news agency quoted a field source, "The regime forces sent military and qualitative reinforcements to the fronts and axes of the southern countryside of Idlib." The source added that the reinforcements included tanks, armored vehicles, military vehicles, elements, storming teams and logistical equipment.

You may be interested... Stability in Idlib: Will the escalation end upon the new Russian-Turkish agreements?

According to the source, these reinforcements come "as part of a plan to raise full readiness on the axes of engagement in Zawiya Mountain, south of Idlib, the Al-Ghab Plain area, west of Hama, and the northeastern countryside of Latakia."

For his part, the political researcher, Saddam Al-Jasser said that the Russians might control new areas in the southern countryside of Idlib in order to fully control the international road "M4", in return for stopping the continuous escalation that they have pursued during the last period.

He added that "the HTS is working to get rid of some foreign leaders, and they may be transformed into a copy of the Afghan Taliban in Syria. There is a Russian-Turkish interest in maintaining the Idlib file in its current state, and the United States is in line."

On the other hand, he ruled out the possibility of "National Army" members entering the "Tahrir al-Sham" areas. He added, "On the contrary, Tahrir al-Sham may provoke battles with factions that Turkey no longer desires."

He had indicated that Russia is pulling the escalation policy card with Turkey at a time which has seen  Ankara practicing a "finger-biting" policy and so as to absorb Russian pressure trying to avoid making major concessions.

He pointed out that the Russians want to open the commercial crossings in order to ease the stifling economic crisis that the Syrian regime is suffering from, adding that "Turkey is trying to make this point a trump card to help it obtain new gains in the Syrian file."

"Sputnik" agency had indicated in a report that "the political and field data on the ground indicate Turkey's inability to control the factions that are trying to carry out coordinated attacks against stationed regime forces along the lines of contact."

He added that the regime forces have become "interested in removing the threat of armed groups from the northwestern countryside of Hama, and this matter will only be achieved through extensive military action."

Turkish President Recep Tayyip Erdogan said that peace in Syria is directly related to the relations between Ankara and Moscow, while his Russian counterpart Vladimir Putin said during their summit in the Russian city of Sochi that the two countries have cooperated successfully in Syria, Libya and the South Caucasus.

President Erdoğan stated that the role of Ankara and Moscow is great in Syria, that the steps taken jointly by the two countries are of great importance, and that the economic, political and military relations between Russia and Turkey are witnessing great development.

The Sochi summit came in light of an escalation of the military situation in the Idlib governorate in northern Syria, which is included in the ceasefire agreement that was sponsored by Turkey and Russia, as the Syrian and Russian regime launch raids on various locations in Idlib.