Bahjat Suleiman Inheritor is Involved in Selling Nationalities to Businessmen 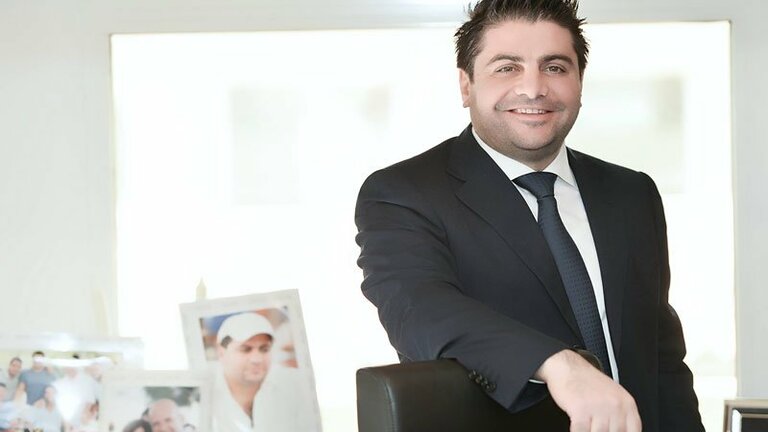 Numerous reports refer to the companies and massive commercial activities run by Bahjat Suleiman and his family, and most notably Suleiman’s son, Majd, who is surrounded by several suspicious cases, including a money laundering case in Kuwait and the cases of brokerage nationalities’ selling in the Comoros Islands.

In recent years, Majd Bahjat Suleiman and his partner, Bashar Kiwan, conducted remarkable economic activities in the Comoros Islands, where they obtained the approval of state agencies to sell the Comoros citizenship to businessmen who have mobility problems because of their nationalities. Thus, the role of the two businessmen was extended to mediation and brokerage activities between businessmen and the government in the Comoros.

In mid-2011, Yousef Al-Nassar, former Editor-in-Chief of the Kuwaiti Al-Balad newspaper, submitted a complaint to the authorities, accusing Kiwan and Majd Suleiman of carrying out money laundering operations in Kuwait, Africa and a number of other countries, in addition to conducting operations of sex and drug trade and espionage for the benefit of the Syrian regime in Kuwait.

Al-Nassar presented evidence confirming that Al-Waseet Media For Advertising and most of the advertising companies affiliated to the United Group For Publishing Advertising And Marketing are losing large sums of money, as one of the companies in Kuwait loses about 25000 Kuwaiti dinars per day.

During that period, the Global Financial Integrity (GFI) published its report on determining the level of "dirty money” laundering operations in Syria, which estimated the losses incurred by Syrian government institutions at $ 23.6 billion between 2000 and 2009, due to financial crimes committed through theft, embezzlement, bribery and other "suspicious activities", in addition to the transfer of that money from Syria to safe havens in other countries.

After the 2011 revolution, money laundering operations continued by Syrian businessmen, including Majd Suleiman, as the Kuwaiti Public Prosecution announced in July 2011 that Suleiman was involved in an embezzlement case known to media as the Malaysian Sovereign Fund case, the details of which began to unfold in May 2011.

This incident prompted Kiwan and Suleiman to search for new sources of money laundering following the exposure of their activities. Hence, from 2011 to 2016, the two men moved to investment in communications, banking, tourism and real estate.

Meanwhile, Zina Khair, Majd Suleiman’s wife and partner in the United Group For Publishing Advertising And Marketing, with a small percentage not exceeding 4 percent, was recently active in the UAE. She moved to Dubai in 2012, and worked as a secretary for AWI Holding Limited, at the Dubai International Financial Centre (DIFC).

According to Al-Qabas newspaper, it was reported that in early 2011 Khair opened a boutique to sell bags and expensive women’s clothes in one of the Gulf States, and it is believed that this company is a new channel to conduct money laundering operations.

How Majd Suleiman built his empire?

Majd Suleiman controlled the advertising and publishing market in Syria thanks to the support of his father Bahjat Suleiman, who in 1998 imposed a through his son Majd a partnership with the Syrian-French businessman residing in Kuwait, Mohamed Bashar Kiwan, owner of Al-Waseet newspaper in Kuwait and the Gulf countries.

The actual partnership between Bashar Kiwan and Majd Suleiman started with the launch of the the United Group For Publishing Advertising And Marketing, which specializes in issuing a number of technical and advertising newspapers and magazines in Syria, including Layalina, Baladna, Top Gear and Al Waseela for Advertising, and Concord Media for road ads, in addition to a number of publications in Arab countries, such as Marie Claire, Fortune, and Al-Balad newspaper in Lebanon and Kuwait,  as well as Al-Waseet newspaper, which is the backbone of the group.

Afterward, Majd Sulaiman became the CEO of the Al Waseet International (AWA). Thus, the partnership between the two parties evolved to include investment in the fields of telecommunications, banking, tourism and real estate.

Kiwan and Suleiman's activities diversified until they managed to mediate between the French company manufacturing the Rafale fighters and the Arab countries wishing to purchase these aircrafts, and they succeeded in concluding many deals and gaining massive profits.