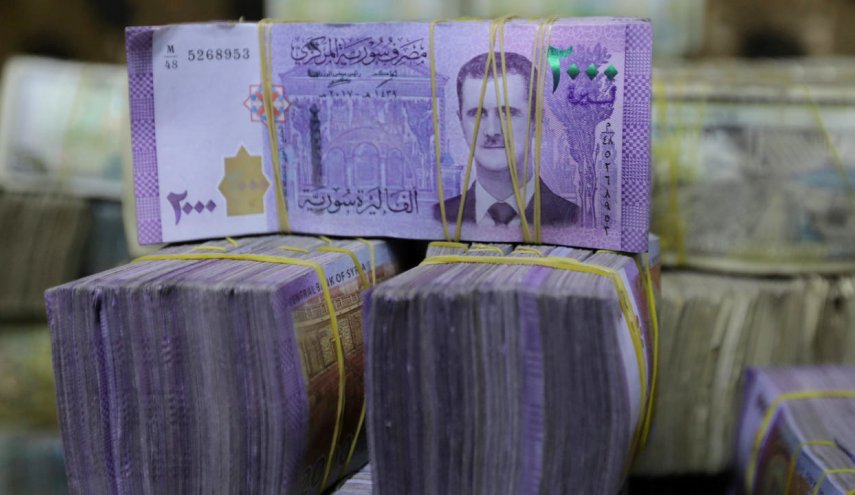 24 hours after the decision to raise the price of gasoline and fuel, the president of the Syrian regime issued a decision, on Wednesday, to pay the public sector employees a one-time allowance. The decision was harshly criticized on social media platforms by the Syrian people, who have been suffering from high prices.

The decision to pay the allowance came a day after the Ministry of Internal Trade and Consumer Protection said on its Facebook page that the price of one litre of subsidized gasoline will be raised from 250 to 450 Syrian pounds, and the litre of premium gasoline from 450 to 650 Syrian pounds.

The ministry justified this decision by "the high costs of securing oil derivatives and expensive shipment and transportation fees, in light of the unjust blockade imposed by the United States on Syria."

The ministry also kept the price of one litre of diesel for ovens of subsidized bread at 135 Syrian pounds, according to SANA.

This is the second time that the regime government raises the price of gasoline 95 Octane during the month of October, as the price of a litre went up from 575 to 850 Syrian pounds on 7 October.

In another attempt to absorb the Syrians' anger over the deterioration of economic conditions, al-Assad also issued, Tuesday, Resolution No (23), which included exempting those affected by the recent fires from paying the loans granted to them by the Agricultural Cooperative Bank.

The decision will include people who have been affected by the fires in Homs, Tartus and Latakia during the period from 8 to 12 October, and from 31 August to 11 September for the population of Hama governorate.

However, the Syrian regime’s meagre decisions were met with harsh criticism on social media platforms, as people doubted that this resolutions will ever be able to compensate for the wave of high prices that will result from the increase of the fuel prices, while the exchange rate recorded 2,900 Syrian pounds against the U.S, according to the Syrian Pound Today.

Anas al-Miqdad protested denying certain social categories the financial aid, while asking in a post on Facebook: "Why did you exclude the rest of the people?”

Al-Miqdad also demanded the authorities to provide all the Syrian families with the allowance.

Fatima Al-Rez also asked on Facebook: "Is it sufficient to give the allowance only once in light of the unprecedented high prices?"

Economic researcher Khaled Tarkawi told Rozana regarding the recent decisions that "the financial aid and the decision to exempt the victims of fires from paying back their loans are nothing but an attempt to absorb the anger of the Syrian street after raising fuel prices, in light of rocketing living costs."

"The one-time allowance of 50, 000 Syrian pounds cannot cover the damage caused by the increase in prices, as it is certain that the costs of consumer goods will augment during the coming months, as a result of the increase in fuel prices," he added.

Tarkawi considered that the regime raised the price of the most important product of all, which is the fuel.
He noted that this substance is used in in all main industries, which will lead to raising in the prices of other products, including bread, transportation, phone bills, and so on.

Tarkawi expected an increase in the prices of all consumer goods in the coming days, with the approaching winter season, as the demand on oil derivatives, especially diesel, will rocket.

It does not seem that these "presidential" decisions will contribute to alleviating the suffocating crisis that the Syrians are suffering from in all regions.

The capital, Damascus, and other areas are experiencing a severe shortage of fuel, as the photos and videos circulated by activists on social media platforms show vehicle queues in front of gas stations.