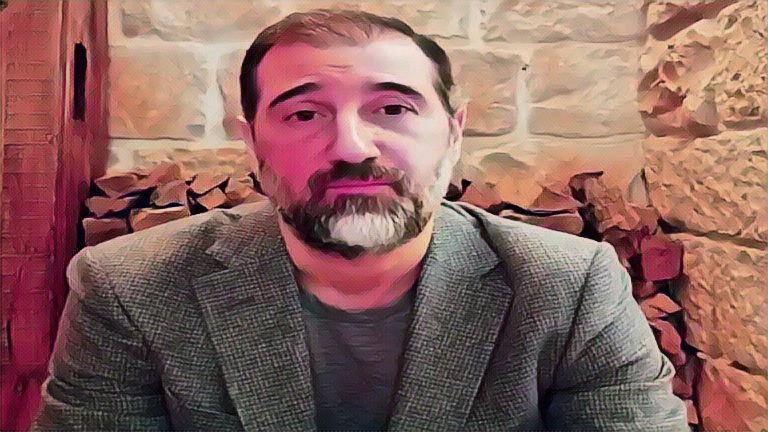 Rami Makhlouf (Bashar al-Assad’s cousin) has sought for more than 10 years to launch a transportation service he named Air Taxi, within the framework of a mega project to transform Damascus into "a new Dubai". In 2009, Syrian Pearl Airlines was established in affiliation with Cham Wings Airlines, which was chaired by Makhlouf at the time.

In addition to transforming Damascus into a "new Dubai, the Air Taxi project was intended to make the Syrian capital a "tax haven" that would allow Rami Makhlouf's entourage to receive Arab and foreign investors and carry out money laundering operations across multiple projects that were being planned under the supervision of Bashar al-Assad, including the launch of a satellite that allows the opening of television channels from Syria (as a cover for money laundering). All these plans necessitated the presence of private airlines companies, to boost air traffic in the new airport that was supposed to replace the Mezzeh Military Airport, before 2011.

Sources confirmed to Rozana that Syrian Pearl Airlines was the second private airline established by Makhlouf in Syria after Cham Wings Airlines (2007), although the company's recent licensing documents indicate that Shammout Group owns it.

The same sources reported to Rozana that the Cham Wings Airlines is used as a cover by Rami Makhlouf and Bashar al-Assad, who is the real owner of the company. However, Washington intervened and imposed economic sanctions against the newly established company at the time, before issuing the “Syria Accountability Act” in 2005.

In addition to the fact that Makhlouf used the Shammout Group as a facet to his suspicious activities, Hamza Shawkat (the son of Assef Shawkat and Bushra al-Assad) works as a civilian pilot in Cham Wings Airlines. 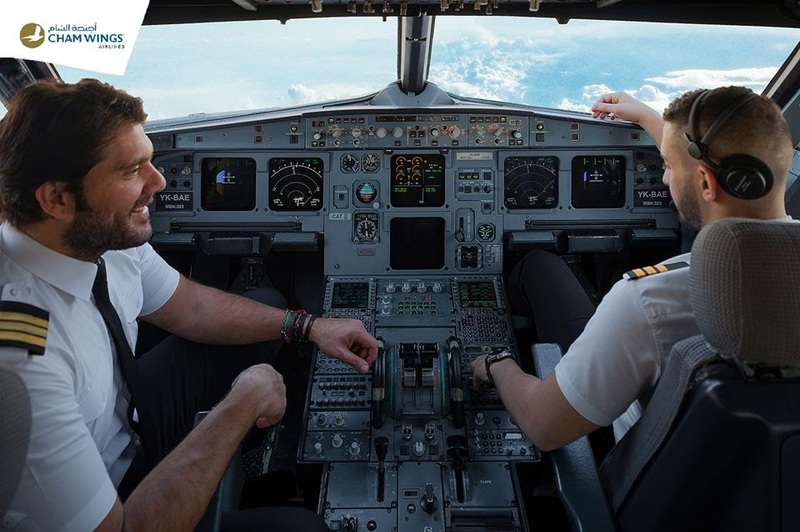 Prior to Rami Makhlouf’s public dispute with Bashar al-Assad, the former’s family did not only attempt to control the aviation sector through monopolizing the airlines sector and  using economic  facets (mostly unknown) to manage their companies, but also sought recently to control the rehabilitation process of Aleppo International Airport, through the Lama Construction Company owned by Iyad Makhlouf.
Aleppo International Airport has regained its navigational traffic since last February after an 8-year suspension, as the first plane arrived at the time with the Minister of Transport in the Syrian regime’s government on board.

During a search on the interference of the companies of the Makhlouf family in the contracting sector and government institutions, and after boycotting the photos on the company's website and the tenders announced by the General Aviation Authority, Rozana found out that Lama Contracting Company benefited from an internal tender contract in mid last year to implement a project for the maintenance of aircraft movement areas in Aleppo International Airport, worth 24,985,000 Syrian pounds. 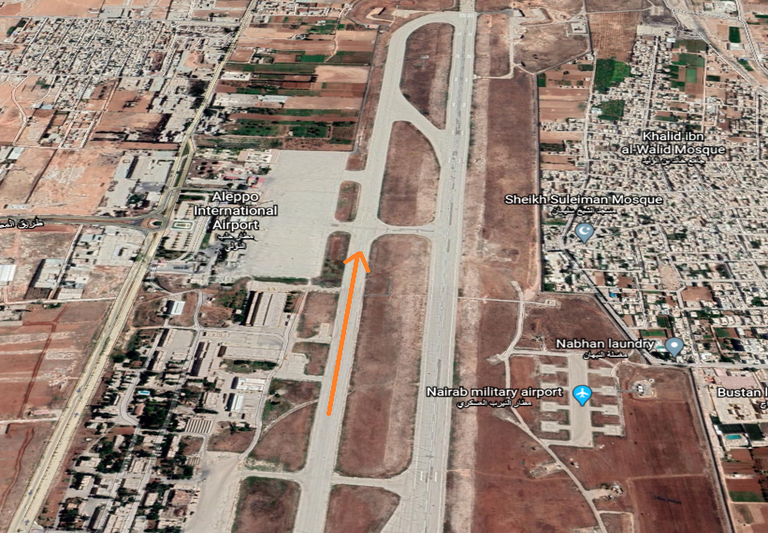 After reviewing the maps, it was found that the image of the runway on the company's site was indicated in the picture below

On July 31, 2019, the General Authority of Civil Aviation announced an internal tender for the implementation of the crack maintenance project for aircraft movement areas and the renovation of ground markings at Aleppo International Airport, according to the technical, financial and human rights record prepared for this purpose.