In an Unprecedented Event... a Morning Wedding Ceremony in Raqqa Due to Corona! 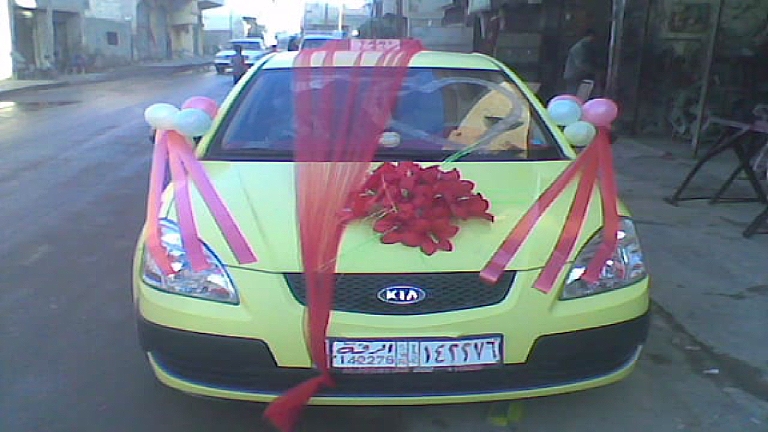 A young man from the city of Raqqa, in northeastern Syria, held his wedding in the early morning of last Friday, due to quarantine measures taken by the Autonomous Administration to confront the spread of the Coronavirus, and because the allowed period of going out extends between 6 and 10 a.m.

Speaking to Rozana, he considered that the curfew and the Corona crisis would not end soon, so he rushed to complete the marriage.

"We could not complete all the marriage’s procedures. For example, the bride only bought a portion of the clothes and the requirements of the marriage, due to the closure of the markets since the start of the quarantine. We hardly found a jeweler to buy rings and jewelry for the bride," added al-Awad.

He went on, saying: "All the relatives and friends who I told that the wedding ceremony will be at 8 a.m. were surprised, as it is an unprecedented event in Raqqa."

Regarding the day of the wedding ceremony, al-Awad explained: "I woke up before dawn on the wedding day, and I was ready at 6 a.m. The wedding procession consisting of 4 cars started at 6:15 a.m. from the village of al-Jazra, passing through the city of Raqqa, to the village of al-Hamrat in the east, where the bride's house is located."

People in the street were surprised when they saw a wedding procession in the early morning, said al-Awad, adding: "We arrived at the house of the bride, who was still preparing herself in the beauty salon since before dawn. Then, the wedding procession started again and we arrived at 10 a.m sharp, the time of the start of the curfew."

Al-Awad added that "the wedding ceremony was brief. There were only some relatives and friends who did not exceed 50 people. Usually, our weddings in the region are much larger. They are held with the presence of a singer, and Dabke and dancing continue for several hours at night. However, in my morning marriage there was only a stereo, Dabke and a brief dancing which lasted for about an hour."

As for the health measures taken because of Corona, al-Awad said: “Honestly, we did not take any measures as we did not put on masks or use gloves and sterilizers. We do have faith in God and we will not be affected except with what God has destined for us. We have no fear of Corona, as no case has so far been registered in our area."

It is noteworthy that the curfew, imposed due to Corona, started on March 23, and will continue until April 21. The Autonomous Administration has recently tightened the implementation procedures of domestic quarantine on the people, and imposed fines on violators ranging from 5,000 and 45,000 Syrian Pounds.