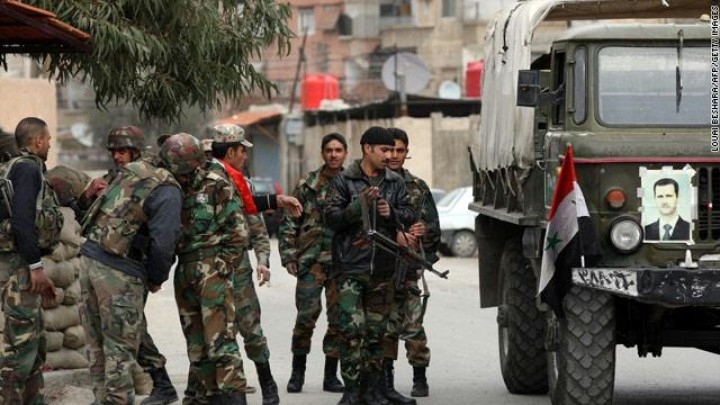 $ 15 per month is the value of the recent compensation granted by the Syrian regime’s president, Bashar al-Assad, to the families of the dead and wounded staff in his army. This came after he issued a formal decision, in parallel with a military escalation between Turkey and the regime forces during the last days in Syria, which resulted in the death of dozens of al-Assad’s soldiers.

The new decree gives an increase of 20,000 Syrian Pounds ($ 15) to the families of the regime's dead, missing, and injured people referred to the health pension from the military and the Internal Security Forces. Whereas, the fighters in its ranks still cling to their right to be demobilized from the military service as they were denied this right years ago due to the war.

The decree includes "those who were injured with a disability of 40 percent or more, from the military and Internal Security Forces, as a result of the service, where the provisions of the decree apply to cases of killing, loss or injury occurring from mid-March 2011. The decree is considered effective from the beginning of the next month.

Akar warned that "Turkish forces have responded and will reciprocate more forcefully on all attacks," with the aim of "stopping the massacres of the regime and preventing immigration and extremism."

At the beginning of the war, the Syrian regime offered a sum of money to the families of the dead elements of its army, which was equivalent to about $ 2000, but after years, the value of compensation decreased to worthless material items, such as a wall clock or an orange box.

Last December, the Syrian regime exempted its soldiers, who were totally paralyzed as a result of their wounds in the fighting, from the fees for installing a land phone, which is worth 2500 SYP (about $ 5).

The decision issued by the Syrian telecommunications company includes the completely paralyzed elements of the regime forces, in addition to deducting the amount of 400 Pounds, or less than $ 1, on Internet packages from the chip of (1 MB) and 600 Pounds for the package (2 MB), in addition to free calls.

In April 2019, Asma al-Assad offered a member of the regime in Latakia, who was paralyzed, a small iron trailer, which sparked a wave of sarcasm among the Syrians, about the extent of the Syrian regime's disdain for the soldiers who are defending him and the lands that he aims to regain its control.

In circulated photos, a former member of the regime’s army, Bashir Yousef Haroun, who was quadriplegic, is shown inside a vehicle decorated with the regime’s flags.

The Syrian regime previously gifted the dead people of its ranks in the countryside of Latakia in 2016, with wall clocks, while it honored others in 2014 with a picture of Bashar Al-Assad himself, in appreciation of their efforts in his way.

Humiliating actions against the families of the dead soldiers

In November of last year, loyal media sources said that the Real Estate Bank in Tartous demanded the evacuation of dozens of houses owned by the dead forces of the regime and the members of the forces supporting it, as their relatives were not able to pay the loans that they borrowed from the Real Estate Bank during the previous years for constructions.

The Bank provides loans for the construction of the covered homes, which are in the construction phase, and the loan ceiling is set at 5 million Syrian Pounds (about $10,000), with an interest of 10.5 percent in the case of payment within 5 years, and 1 percent if paid over 10 Years.

Rozana reviewed the eviction decision issued by the Real Estate Bank in Tartous against one of the regime forces’s killed soldiers, as the decision came within a period of two months for the debtor to vacate the property, or it would be evacuated by the Bank to be put for sale in the public auction in order to collect debts, and closing the financial receivables of the debtor.

Over 9 years, there have been continuous battles between the Syrian opposition factions on the one hand, and the forces of the regime supported by his allies on the other hand, which have resulted in the death of hundreds of soldiers in its ranks, in order to keep him in power.

Cases of withdrawing Syrian youth to reserve service continue, as several governorates under the control of the Syrian regime have recorded many cases of "kidnapping" Syrian youth from their workplaces and public places, as well as forcing them to join the ranks of the regime forces through the security barriers deployed in those governorates.

Elements of the regime forces are calling on, from time to time, Bashar al-Assad to issue a decree to demobilize those enrolled in compulsory and temporary service for years, especially the old courses