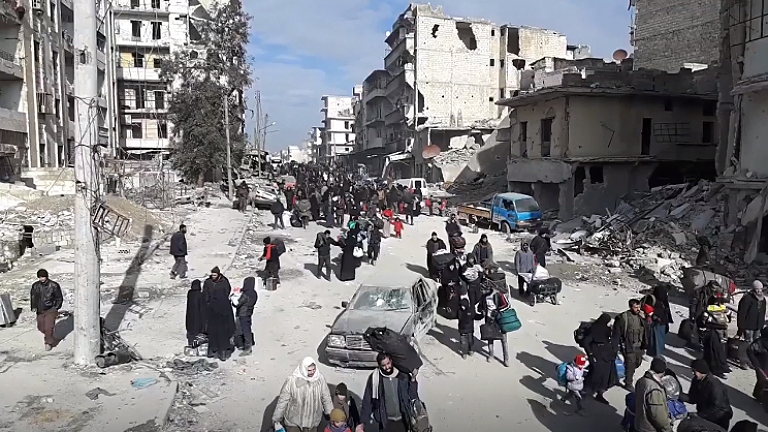 “It was like judgment day... destroyed houses, scattered body parts, blood everywhere," this is how a young IDP from the city of Maarat al-Numan in the Idlib countryside described the situation in the region as a result of the heavy bombing that targeted it, adding that “people went out with their clothes” unconsciously to save their lives.

“In one week, thousands of people fled from the shelling... During one of the terrifying nights, the regime launched about 450 missiles targeting civilians’ houses and properties, causing chaos and fear. The city then became a ghost town," said Amir al-Maari, who was displaced on Sunday from the city of Maarat al-Numan to the city of Idlib, to Rozana.

The city of Maarat al-Numan, which houses 100,000 civilian residents and IDPs, according to the Response Coordinators, witnessed a difficult night last Thursday as a result of the aerial and missile shelling, which focused directly on the residential neighborhoods and reached the roads leading to the city to target the people displaced from it.

Al-Maari added: “While I was escaping with my family from the bombing and missiles by the warplane near our house, we were not aware of what we were doing. We left everything, our properties, our land, our staff, and we fled.” Despite the intense shelling, al-Maari needed to return home in order to bring some items. 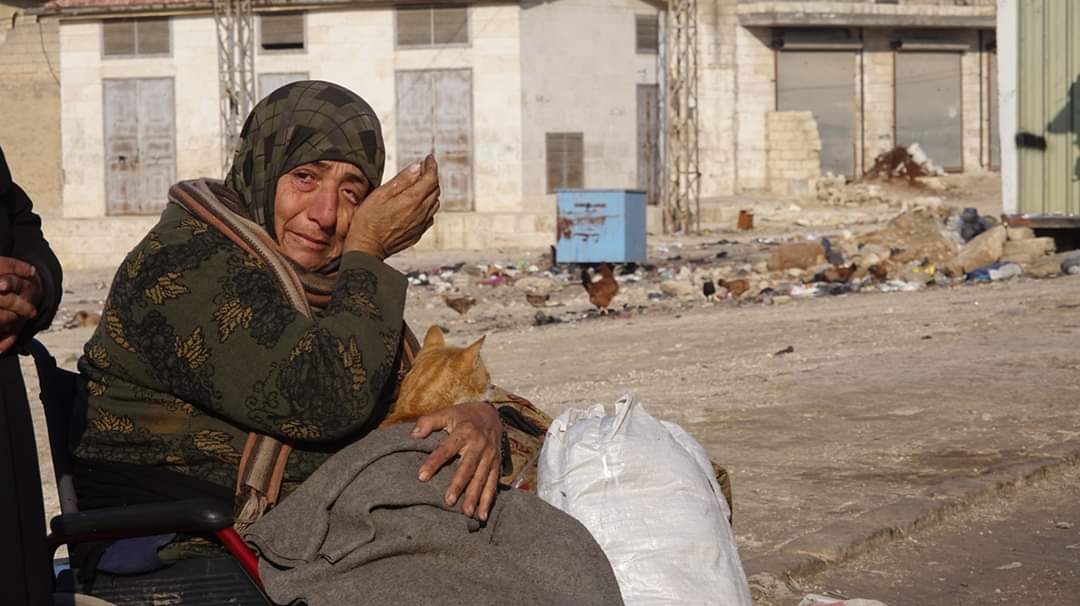 Activists and civil figures called via social media on the silent international community and the Turkish guarantor to intervene and stop the bombing against thousands of civilians, who are facing a fierce military campaign by the regime and Russia.

Thousands of people have been displaced. Some of them slept in mosques, others in gardens, while others displaced to camps, with a large segment of them being unable to rent houses due to the high rental rates, which are not less than $ 100, according to Al-Maari.

Turkish President Recep Tayyip Erdogan stated that his country cannot bear alone the burden of a new wave of migration from Idlib Governorate, adding that he is making efforts to end attacks on the region in northern Syria.

"More than 80,000 Syrians have started to move towards the Turkish borders, and this is a situation that Turkey cannot bear its burden alone," added Erdogan in a speech he delivered on Sunday in Istanbul.

Ankara is trying to put political pressure on Moscow to stop the bombing campaign, while Russia and China have vetoed the extension of the delivery of humanitarian aid to people displaced from the northern borders.

Mohamed al-Hallaj, Director of the Response Coordinators, told Rozana that “About 205,000 civilians have been displaced since the beginning of November until the present time from the area of ​​Maarat al-Numan and its eastern countryside, which already includes 350,000 people.”

More than 1,500 families in the city of Maarat al-Numan are waiting for their evacuation, al-Hallaj said, adding: "The survivors of the horror of the bombing in Maarat al-Numan are now facing another suffering. They are sleeping in the streets in this cold weather. You can see on the sides of the roads thousands of people sleeping on the ground without tents or something to protect them from the cold, hiding between the trees, waiting for relief." 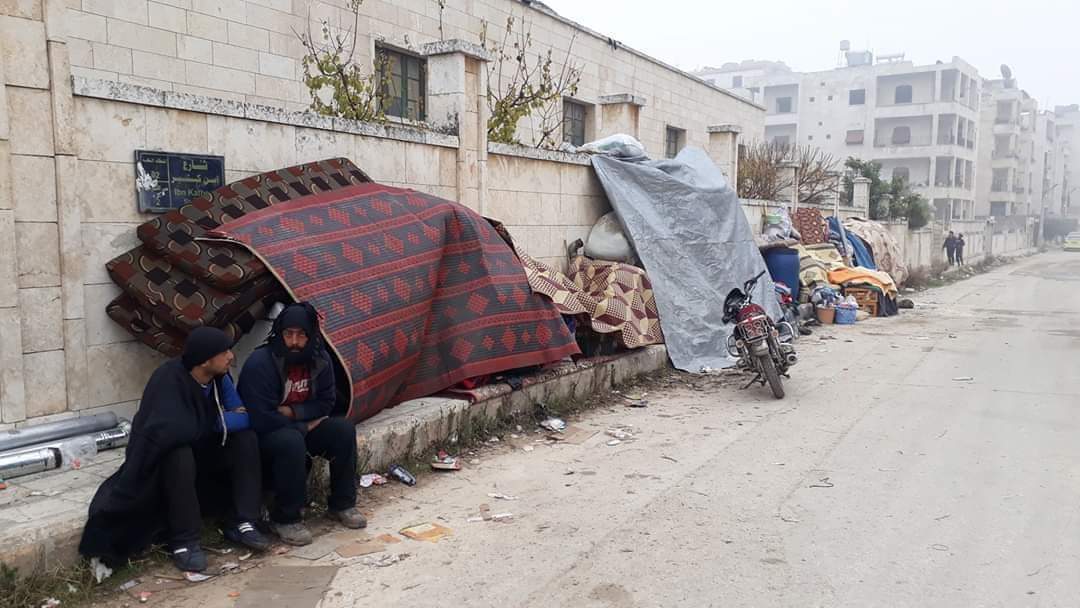 A number of people who did not die from the bombing lost their lives due to heart attacks. A woman lost her husband due to the bombing in the village of Maar Shurin, south of Idlib. She could not stand that and she died a few hours later, said al-Hallaj. He asserted that after their displacement, some of the people could not bear what they have experienced and did nothing but remaining silent and crying.

Al-Hallaj pointed out that the remaining families in Maarat al-Numan were unable to leave for several reasons, either because of their poor financial situation as they cannot afford to rent a house, or because they have no place to go, so they prefer to stay in their houses under the bombings rather than sleeping in streets.

The Director of the Response Coordinators Team stressed that the camps have reached their maximum accommodation capacity, and are no longer able to receive new IDPs, before the recent escalation that started on December 15, they lacked shelters for the previous displacement wave by 35 percent.

Al-Hallaj indicated that to provide shelter for the new IDPs, between 15,000 and 20,000 tents must be secured, while fast food and water are now being provided to the IDPs at an estimated rate of only 3 to 5 percent.

Several organizations are working to evacuate civilians from Maarat al-Numan area, such as “Violet Organization, Syria Civil Defense (White Helmets), Bab al-Hawa Crossing Border and the Response Coordinators,” said al-Hallaj, noting that there are difficulties in evacuating civilians as a result of the constant shelling.

For nearly a week, Maarat al-Numan area and its surroundings in the southern countryside of Idlib have been witnessing an intensive military campaign by the regime and Russia that killed tens of civilians, and displaced thousands of people to relatively safe areas, amid an international silence and inability to stop the bombing and violence despite civilians’ appeals.

Idlib Governorate is among the areas subject to the de-escalation agreement reached by the sponsor states of the Astana Conference in 2017, and the demilitarized zone agreement signed between Moscow and Ankara in September 2018.