Army Fighters Demand their Right to Live from al-Assad 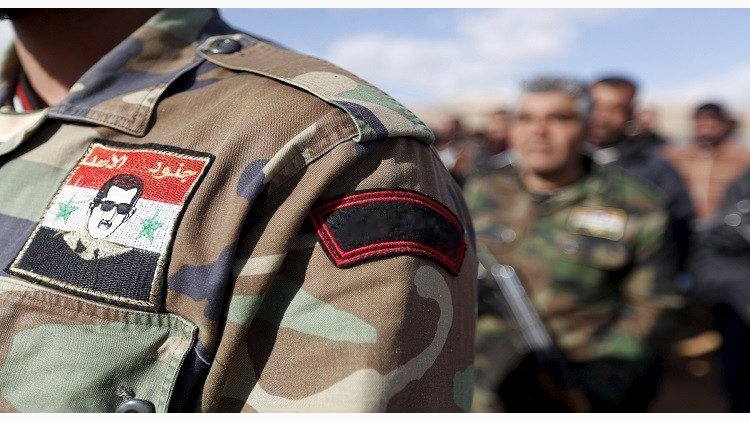 The Syrian regime often provides privileges to its soldiers in the ranks of the Syrian regime forces. Despite these privileges, the fighters are still holding on to their right to be discharged from military service, from which they have been deprived for years.

The soldiers called on the President of the Syrian regime Bashar al-Assad to issue a decree to dismiss the recruits to compulsory and reserve service for years, especially those in old sessions since 2011.

This came during a campaign launched by Army members on social media websites under the name of "Badna Netsarrah" (We want to be discharged), demanding the dismissal of those enrolled in the session of (104) in the ranks of officers since May 2011, and the sessions of (106 - 107) recruits, enrolled since the beginning of 2011, and those enrolled in reserve since 2012-2013.

They wrote hashtags expressing their demands, namely "We have a right to be dismissed, we have been in service for as long as those who have been dismissed before us,” “We have the right to serve in the military for the same period as they did, it is unjust that we serve longer than them," and "We have had enough, we have been already serving for 8 years and we are starting the ninth year."

According to the text of the campaign launched by the recruits, "those who have joined the military service in 2011 have been serving for eight years. They have made all their efforts, until they forgot their profession and forgot their university specialty." They pointed out that "most of them have not yet get married nor have they had children."

"Dear president, we love our country and we have been serving in the military for eight and a half years. Our lives have passed and our future is lost. We want only to be discharged and to live along with our families a decent life as all the people," Mohammed Nassif wrote on Facebook.

Ghafir Hamidi stressed his fatigue and exhaustion from serving in the military, saying: "We appeal to the president to lay off those who have been in the military service since the old sessions and who have been serving the country for more than eight years. We are tired and we have the right to live with our families and our children for the rest of our lives."

On Tuesday, Syrian President Bashar al-Assad issued Legislative Decree No. 9 of 2019, which provides for the exemption of the families of the dead and injured in the regime’s army and the internal security forces from the fees of building permits for one time when they establish, repair or reform their buildings, according to SANA.

The decree includes the families of those who were affiliated to the regime's army and were killed, specifically those who are subject to the provisions of Law No. 36 of 2014 and its executive instructions.

The decree also includes the wounded elements of the army, the armed forces, and the internal and civil security forces who work under the army of the regime, in addition to those who were injured in war or cases similar to military operations, whose injuries resulted in total disability or partial disability of 40% or more under an official accredited document, or those who the injured person chooses from first degree relatives, provided that the injured person is resident in the building to be constructed, repaired or reformed.

In December 2018, the General Command of the Syrian regime forces issued an administrative order to end the retention of the officers of the session 248 and earlier sessions, who completed five years of retention until 1/1/2019.

Russia Today (RT) website mentioned that the administrative order ends the retention of recruited officers of the session 249, who complete five years of retention until the first day of next year.

Reserve military service and compulsory military service calls have forced hundreds of thousands of young Syrians to flee abroad or to areas not controlled by the Syrian regime, while other young men resorted to hiding and staying indoors for fear of being arrested and taken to the military.