France tries Refaat al-Assad.. who will return his wealth to the Syrians? 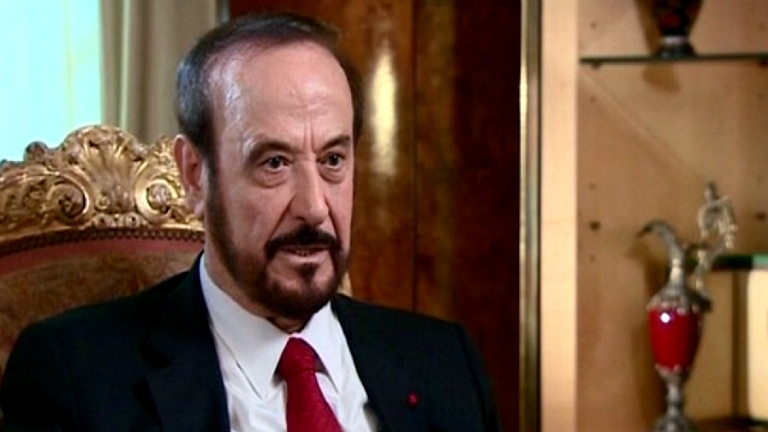 While no date has been set for the trial of al-Assad, French mass media reported that the French judiciary is pursuing him for many charges, including “tax evasion, misappropriation of public funds, illegal acts and money laundering.”

The French judiciary tried Rifaat al-Assad on the charge of building a big real estate empire in the country using money from the Syrian state's treasures.

The investigative judge ordered that al-Assad be brought before a court, on charges of money laundering of € 90 million in France.

While no date has been set for the trial of al-Assad, French mass media reported that the French judiciary is pursuing him for many charges, including “tax evasion, misappropriation of public funds, illegal acts and money laundering.”

The newspaper disclosed, citing the Prosecutor, that “Rifaat has a fortune of about €1 billion, after it was proven that he owned a holding company in Luxembourg and a number of other properties distributed among Liechtenstein, Panama and Kurasawa.”

Speaking to Radio Rozana, lawyer Muhannad Shrabaty said that Rifaat al-Assad would not only face the case of buying French real estate through money he had illegally obtained in Syria.

He pointed out that this case was in the investigation phase, with trials now beginning. He revealed that this lawsuit had been initiated by two European organizations, in addition to a second lawsuit against Rifaat Al-Assad in Switzerland, filed by a Swiss organization.

The case in Switzerland concerns the request for the trial of Rifaat al-Assad who bears direct responsibility for the crimes committed in both Palmyra Prison and the city of Hama in the 1980s, he said.

Rifaat al-Assad is described as one of the fiercest and bloodiest men of the regime during the period of the Father al-Assad, considering his role in the "massacre" that took place in the city of Hama in 1982. Rifaat was the leader of what is known as The Defense Companies, and he is accused of being the one who gave these battalions orders to assassinate thousands of civilians and political opponents in the city of Hama, in addition to bearing the responsibility for committing cleansing crimes against detainees in Tadmur Prison in 1980. The regime of Hafez al-Assad had besieged the city of Hamah in February 1982 and perpetrated a "horrible massacre" and killed between 10,000 and 40,000 victims who were buried in mass graves.

In addition to Hama, Rifaat is considered directly responsible for a second "massacre" that the city of Palmyra witnessed on June 27, 1980. In response to an assassination attempt carried out the day before against Hafez al-Assad, on that day the defense companies poured into Tadmur prison, killing about a thousand political opponents.

Who gives back the money stolen from the Syrians?

Director of the Sham Center for Democracy and Human Rights Studies, Aktham Naisseh, said in an interview with "Radio Rozana" that with regard to the situation in Syria and the advantage of trying war criminals or all war criminals, he found that making the trials out of Syria had no political significance or benefits to the economy as requested by the Syrian people.

Naisseh added that by bringing Rifaat al-Assad to trial in France, the trial will be conducted in accordance with the legal rules in force in France from the criminal or financial point of view, adding: "These funds are on French territory and have been invested on the French territory; They entered into the framework of the French economy, which means that they are considered as French currency.”

He added that in the future, the Syrian government could at some point in the political transition claim the assets of these funds, based on the French recognition that these funds are being taken from Syrian public money, and that they have the right at the relevant time to claim these funds.

The Agency France Presse had indicated in April 2018 that the French customs authorities took ownership of 80% of the assets of 2017 that belong to Rifaat al-Assad.

After arriving in Europe in 1984, following his failed coup attempt against his brother Hafez al-Assad, Rifaat al-Assad drew attention with his lavish lifestyle that he lived with his family.

His wealth, which was collected in the eighties of the last century, expanded to include 500 properties in Spain, two palaces in Paris, the area of one of them is 3,000 square meters, a horses farm, and another palace near the French capital, in addition to 7,300 square meters in Lyon. Rifaat al-Assad owns 691 million Euros of 862 million Euros of assets, seized by French customs in March 2017.

French investigators have cited statements by Abdel-Halim Khaddam (Vice President of the Republic in 1984-2005), in which he said that Hafiz al-Assad paid $ 300 million to his brother in 1984, to exile him and get rid of him after the failed coup attempt he launched against him. Two thirds of the amount was from the president’s budget and the remaining third was a loan from Libya.

The former Syrian Defense Minister Mustafa Tlass said that "men" of "Rifaat al-Assad" transported vehicles loaded with cash from the Central Bank besides cultural property. Another witness told investigators that Rifaat al-Assad stole a "treasure of great value" from the land owned by his grandfather in Syria, while Rifaat al-Assad refused the accusations and considered that this is an attempt launched by his opponents to attack him.

Why don't Syrians in Europe file a complaint against Rifaat Al-Assad?

During his interview with Radio Rozana, lawyer Muhannad Sharabati suggested that the Syrian human rights organizations in Europe have cooperated with the European organizations that filed the last lawsuit against Rifaat al-Assad in Paris, pointing out that cooperation may be by providing these organizations with evidence and information.

He pointed out that European human rights organizations take charge of the legal or technical aspects of such prosecutions, adding that "they carry out legal analyses and initiate proceedings before the competent authorities, although the role of Syrian human rights organizations is often limited to providing them with information and putting them in touch with witnesses.

He added: "In order to file a complaint against Rifaat al-Assad there must be proof against him. We all know that Rifaat al-Assad committed crimes, but in order to prove it before the judiciary, we must provide evidence. The crimes committed by Rifaat al-Assad occurred in the 1980s. At that time, the Syrian civil society was not developed as it is now with regard to human rights violations and documenting crimes.

He continued in this context: “After 2011, Syrian organizations have the ability to document the crimes committed and to collect evidence and witness statements, whereas in the 1980s, this was happening on a very small scale or maybe it was not happening at all. These crimes have been occurring for a very long time. Despite the fact that organizations are working on this issue, it must be said that it is not an easy one, it is not that simple and it requires a lot of preparation to create the case."

On the feasibility of the cases of the trial of "Rifaat al-Assad", or other criminals of the Syrian regime, the director of the Sham Center for Democracy and Human Rights Studies, Aktham Naisseh, said in his interview with Rozana that “in practice, there is no point in trying them abroad, especially if they are not tried within the context of the political transition process through which transitional justice will be achieved in Syria and within Syrian territory.”

He confirmed that they are supposed to be tried for their crimes against the Syrian people. And if they were outside the Syrian territories, he stressed, these trials should be within the framework of a special international criminal court in the Syrian situation.