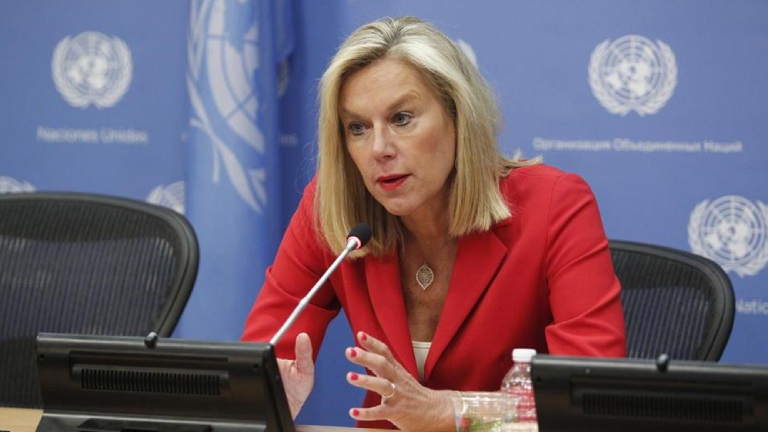 The issue of the Syrian refugees’ return has been at the forefront of the discussions held at the Brussels Conference on “Supporting the Future of Syria and the Region,” following statements of Lebanese and Jordanian officials, who suggested that Lebanon and Jordan would not be able to afford a longer stay for the Syrian refugees in their countries without financial support that can meet the needs of the refugees and the host communities.

The position of the European Union in this regard was clear, in terms of refusing the idea of the Syrian refugees’ return, unless the required conditions are met, foremost of which is the stability of the country and putting forth a set of safety guarantees for the refugees upon their return to their country. Such position was firmly expressed by Senior Foreign Policy Adviser, Federica Mogherini, who stressed the need to support a political solution in Syria and find safe means before talking about the return of refugees to their homes, adding that the EU considers these two conditions as pivotal for the discussion of the voluntary return of refugees.

Minister of Foreign Trade and Development Cooperation, Sigrid Kaag, who confirmed her country's commitment to the EU’s position, told Rozana that “the Netherlands supports the position of the United Nations and the United Nations High Commissioner for Refugees (UNHCR). In the Netherlands, we do not consider the return of the Syrian refugees as a possible option in the present,” insisting  that "until then, we are committed to support the refugees.”

The Netherlands, Germany and France are currently attempting to block any resolution to raise funds for the reconstruction of Syria. The three countries have stipulated the condition of a "political transition in Syria without al-Assad" at the top of the discussion on reconstruction. Such position was met with a wave of criticism coming from Syria’s neighboring countries, especially Lebanon, which considered that the European trio’s refusal to move forward on the issue of reconstruction would pave the way for a permanent resettlement of Syrian refugees in the Lebanese territories.

Kaag commented on the issue saying: "The economic crisis is also affecting host countries. We must help establish stable communities and provide suitable employment opportunities for citizens in these countries so that living conditions can improve, especially as the Syrian refugees need public facilities, schools, and other necessities. We will consecrate financial aid and other forms of support in order to solve the issue."

Kaag reiterated her country’s commitment to the policy set by the EU in order to handle the Syrian crisis at the current stage, stressing that the EU countries will not work "with al-Assad outside this framework."